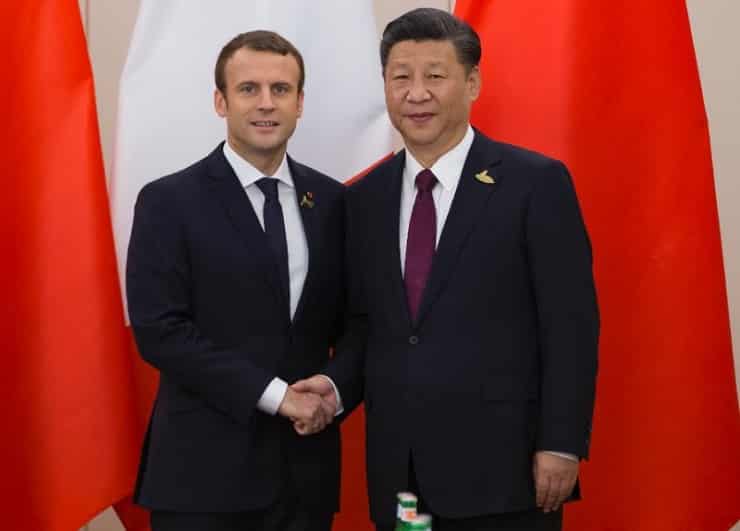 [ Editor’s Note: Color me educated, today. I had no idea that China was the world’s largest economy in 1820. Deena goes on to give us a rundown on Chinese President Xi’s Silk Road visits with Italy, France and Germany and Mr. Junker of the EU.

Notice the timing. The EU and Britain are about to lock horns over Brexit, which will hurt both sides. What better for the EU if Britain leaves by flipping it the bird and doing a hard Brexit, to have a new friend in town with China.

Italy, who has been the bad boy of the EU in challenging its monetary policy despite its own shaky economy, just got some economic wind in its sails with the Silk Road sea route hookup. China helped prop up financially troubled Greece by buying a main port there in 2016, and its trade volume has gone up 500%. Where else is that happening?

The EU needs all the trade it can get to prop up economies that could trigger a domino effect at any time, like Israel and friends starting a war to keep Bibi in his presidential slot and out of jail.

Xi has his own cards to play, showing Trump that whatever he loses via the trade dispute in US business, he has a shot of making it up with the EU. Meanwhile, back at the US ranch, the sanctionistas continue to shoot themselves in the foot for short term gain by burning bridges.

How is this going to turn out? I have no idea, and my main concern is like most everyone else, how do we survive the machinations of the Deep State?… Jim W. Dean ]

In 1820, China’s economy was the largest in the world, as it had been for centuries. Then the Opium Wars initiated by the British Empirefoisted Indian opium upon the country.

By mid-century the ruling Qing dynasty had been so weakened that China came within a hair’s breadth of being carved up by the colonial powers as Africa was. Forced into unfair trade with the world, China’s share of global GDP was halved. 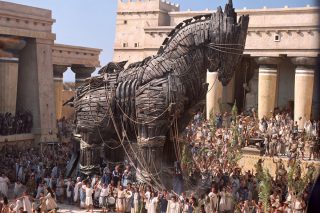 Fast forward, as Great Britain, America’s Trojan Horse in Europe, tries to disengage with its spurs intact, the first European country is set to join the world’s biggest-ever mega-project, planned and executed by China.

China did not only go from being ‘the sick man of Asia’ to overtaking all the tigers on its periphery and investing in the US and Africa.  It now determines the future of Europe. As befits a country with a multi-millennial history, plans for the Belt and Road project that is transforming the Eurasian continent into one entity did not materialize overnight.

They began back in 2011 under President Hu Jin Tao, when China first made overtures, not to the major European countries, but to sixteen countries that had historically played minor roles.

Actually, the core of the 16+1 already existed: following their return to independent status, in 1991 Czechia, Slovakia, Hungary and Poland had founded the Visegrad Four to defend the interests of Central Europe.

As the Baltic countries fulfill their NATO duty to warn Europe that Russia covets its industries, China’s trillion dollar project that extends the Eurasian Heartland all the way to the Atlantic has the United States more than a little worried.  Fittingly, the Marco Polo’s Italy is the first major European country — going against the grain — to sign on to the New Silk Road.

With its thirty maritime ports, rather than the overland portion of the trillion dollar project, Italy is drawn to the project’s new port facilities in the African part of the project. While China is accused by the West of pursuing commercial gains, since neighboring Greece’s main port of Piraeus was purchased by a Chinese company in 2016, activity has increased five-fold.

Thirty years ago, the EU was seen as Europe’s best hope for beating a legacy of strife that had brought the US to its rescue twice in one century. But in one of history’s greatest ironies, starting in 2015, US wars in Africa and the Middle East forced Europe to make room for large numbers of people of color.

As the British population struggles to reconcile its desire to remain a white outpost with the prospect of being left out in the cold beyond the North Sea, the New Silk Road, that draws together all races across seventy countries is set to bring the Eurasian Peninsula’s lily white tail into its multi-racial fold.

Faced over the weekend with the nineteenth edition of the Yellow Vest demonstrations, which have a significant racial component, French President Emanuel Macron met with China’s Xi Jin Ping who was on his way back from Italy where he signed an agreement making that country the first in Europe to join the New Silk Road infrastructure project, also known as One Belt, One Road.

The use of the word ‘one’ is not random: it evokes the fact that Eurasia is a continent, of which ‘Europe’ is a part.

Interestingly, from Rome, Xi did not proceed directly to Paris, but crossed the Mediterranean border to meet the French President in Nice: a most unusual occurrence which not only mimics Russian President Vladimir Putin’s preferred location for encounters with foreign dignitaries, Sochi, located on the Black Sea.

It also points to Italy’s main reason for joining the Belt and Road project, which is its maritime iteration, or ‘Belt’: France too is a Mediterranean country, with a major port in Marseille two hundred and fifty miles from Italy’s busiest port of Genoa.

Even more interestingly, Angela Merkel, who rules the central power, Germany, and is Macron’s partner in all things Europe, joined the two presidents for dinner, giving Xi an opportunity to pitch his plan to both at the same time.

Their reticence with respect to the Chinese infrastructure project that would link Europe to the Pacific may have something to do with the fact that after the US and Russia delivered Europe from German fascism in World War II, Western Europe was forced to turn its back on the continent in the name of ‘Atlanticism’.

I have no doubt that this time, Macron wants Europe to get a better deal from the rising power than the one that was foisted upon it seventy years ago, thus he may see Italy’s decision not as traitorous, but as as an experiment from which the EU will ultimately benefit.

Over the week-end, French President Emanuel Macron, German Chancellor Angela Merkel and the President of the European Commission, Jean-Claude Junker met with China’s Xi Jin Ping who was on his way back from Italy, and today, Macron and Xi held a joint press conference.

The French President, who styles himself as ‘Jupiter’, used traditional French diplomacy to describe the Chinese Dragon as a rival: “We have always had differences with China, but we respect the values it represents”, which could as easily refer to Confucianism as Xi’s “capitalism with Chinese characteristics”.

Accordingly, — an stunningly — while feigning reticence with respect to the New Silk Road, for which it will seek appropriate economic safeguards, Europe signed on to China’s (and Russia’s) multi-polar world, “based on respect and cooperation”, ending seventy years of US world hegemony.

Deena Stryker is an international expert, author and journalist that has been at the forefront of international politics for over thirty years. She can be reached at Otherjones. Especially for the online magazine “New Eastern Outlook”.