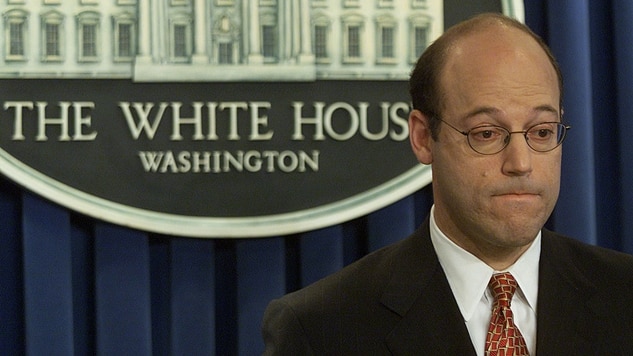 St. Athanasius articulated the principle that any metaphysical idea which ontologically denies Logos and its central place in the universe will end up being Satanic. In a Satanic universe, what is true is actually a lie and what is a lie is by definition true.

Moreover, an “active allegiance to Satan” means that innocent people have to die in order to preserve a diabolical ideology. If you doubt this, then take a look at what happened in Iraq in 2003, where the warmongers sent a six-trillion dollar bill to the American people. The interesting thing is that Ari Fleischer, the former White House Press Secretary under President George W. Bush, has recently come out of the woodwork and declared:

“The Iraq war began sixteen years ago tomorrow. There is a myth about the war that I have been meaning to set straight for years. After no WMDs [weapons of mass destruction] were found, the left claimed ‘Bush lied. People died.’ This accusation itself is a lie. It’s time to put it to rest.”

This is a categorical lie.[2] Fleischer obviously knows better. When he was told by deputy national security advisor Stephen Hadley that there was no link between Al Qaeda and Saddam Hussein, Paul Wolfowitz, another Satanist in the White House then, responded with certainty: “We’ll find it. It’s got to be there,”[3] which is another way of saying that if it does not exist, they would make it up. Both Wolfowitz and Douglas Feith were under investigation for passing classified documents to Israel.[4]

Fleischer has to marshal deliberate lies because he doesn’t want to take any responsibility for what happened in Iraq. In fact, if he happens to admit that the Bush administration was wrong, then he would also have to be executed because he is worse than people like Ted Bundy and Ted Kaczynski. Why? Well, look at what happened when the debacle in Iraq was over.

When it was over, 2.3 million Iraqis had been forced to flee their homes and towns; by 2008, another 2.7 million Iraqis were displaced, and nearly half a million civilians ended up losing their lives.[6] Thousands upon thousands of other people went missing by 2008.[7]

This is out of a total Iraqi population of about 30 million people![8] The Iraq war, says Kukis, shook the entire nation and created havoc even by 2006.[9] Factions of society that once coexisted were dismantled.

In a nutshell, Iraq was in exponential decay. Buildings and farmlands were destroyed.[10] And the fringe benefits of the war? Between 300,000 and 360,000 veterans returned home with brain injuries,[11] some of which went untreated.[12] Listen to USA Today:

“Pentagon officials estimated…that up to 360,000 Iraq and Afghanistan veterans may have suffered brain injuries. Among them are 45,000 to 90,000 veterans whose symptoms persist and warrant specialized care.”[13]

Homelessness among Iraq and Afghanistan veterans has more than doubled over the past two years, and by the fall of 2012, it was reported that at least “26,531 were living on the streets, at risk of losing their homes, staying in temporary housing or receiving federal vouchers to pay rent.” In addition, about 307,000 soldiers want to leave the military.[17] And it was calculated that the war itself would cost America at least six trillion dollars.[18]

So if Ari Fleischer happens to declare that Bush and his administration lied, he would have to admit that he is a Satanist, a person who gets pleasure in creating destruction and ruining people’s lives. In fact, Fleischer had to use deceptive means throughout the Bush administration in order to perpetuate the lie that Saddam had WMDs.[19]