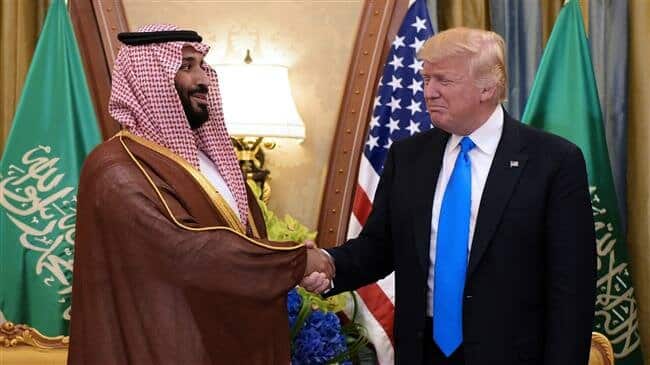 [ Editor’s Note: None of this should come as a surprise to anyone. The story is another chapter not just of unipolarism on the global scale, but the Trump administration flipping the bird at Congress in terms of getting a broader authorization on nuclear tech transfer to rogue state Saudi Arabia.

This type of gangster hooliganism is what VT has been warning the Intelligence community about for a long time, that if they did not push back on its birthing, once it was established with precedents, it might not be reversible by those coming later with the balls to take the fight on.

Plus we have the charade part of this circus, that the Saudis have had nukes for some time, as VT has well published, assistance from the Pakistanis, and then through their closet friend Israel.

Part of this US smokescreen deal is to create some cover for the Saudis popping up with nukes someday. What the Saudis have will be older technology, when the new nuke game for future wars will be the mini nuke warheads that can completely destroy a key target with one shot.

This will put us in a push button version of hyper-warfare where the war gaming shows that whoever shoots first has a tremendous advantage. Anyone in government that poses that it somehow increases our security is out of their mind, and there appears to be many of them.

In closing, all I can say is that, as bad as this nuclear Saudi Arabia trend is, the US security orgs have sat by and watched Israeli Intel compromise US security from the inside out, turning us into Swiss cheese, a compromised, fake democracy. Gordon covered this well in his new NEO submitted article, which we should have here in a few days.

The good news is that more are coming to VT now, saying “you were right”, and that is nice to see. Now the question is, who will make a stand to save the land, while we still can. And thus ends my poetic missive for today… Jim W. Dean ] 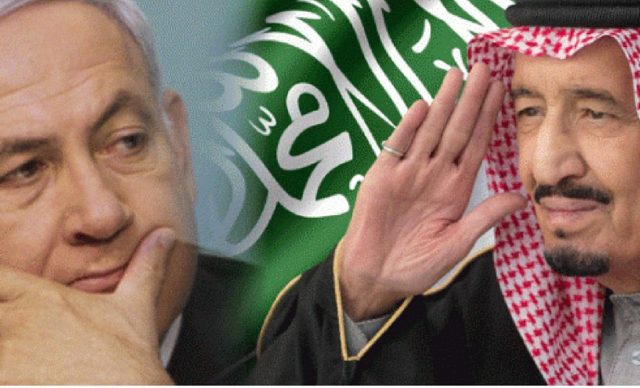 The administration of US President Donald Trump has approved six authorizations that allow American companies to secretly provide Saudi Arabia with nuclear technology or technical assistance, an official document shows.

According to the document, issued by the Department of Energy and seen by Reuters on Wednesday, the firms had requested the US government to keep their approvals secret.

“In this case, each of the companies which received a specific authorization for (Saudi Arabia) have provided us written request that their authorization be withheld from public release,” the department’s National Nuclear Security Administration wrote in its document.

Meanwhile, a Department of Energy official stressed that the requests contained proprietary information and that the authorizations had gone through a multi-agency approval process.

According to Reuters, an informed source, who spoke on condition of anonymity, also said that the authorizations let companies do preliminary work on nuclear power ahead of any deal but not ship equipment that would go into a plant.

In a congressional hearing on Wednesday, Representative Brad Sherman urged Secretary of State Mike Pompeo to release the names of the companies that received the authorizations, accusing the Trump administration of attempting to evade Congress on sharing nuclear power with Riyadh.

“One thing that is in our interest is to prevent Saudi Arabia from getting a nuclear weapon,” he said. “What I’ve seen in this administration recently… is an effort to evade Congress and to some extent evade your department and provide substantial nuclear technology and aid to Saudi Arabia while [Riyadh] refuses to abide by any of the controls we would like to see regarding reprocessing, enrichment.”

Many US Congress members are concerned about the provision of nuclear technology to Saudi Arabia, a destabilizing force under the Salman clan.

Last month, a report by a congressional committee revealed that the Trump administration was trying to bypass Congress to transfer sensitive nuclear power technology to Saudi Arabia.

Iran’s Foreign Minister Mohammad Javad Zarif at the time decried the US “hypocrisy” over the planned nuclear sale to the Saudi regime.

Last March, Saudi Crown Prince Mohammed bin Salman said that the kingdom would be quick to develop nuclear weapons if Iran — which Riyadh views as its arch rival in the region — did so.

Iran does not pursue nuclear weapons, and under a 2015 international deal, it has placed its entire nuclear program under enhanced 24/7 monitoring by the United Nations (UN)’s atomic watchdog. That organization, the International Atomic Energy Agency (IAEA), has repeatedly confirmed the peaceful nature of Iran’s nuclear program.

With the secret nuclear support of the Trump administration — which is strongly opposed to Iran — reported by Reuters, it is unlikely that Saudi Arabia will allow any meaningful international monitoring of its nuclear work once it is in possession of the technology, augmenting concerns about nuclear weapons proliferation.

The Israeli regime, another adversary of Iran, also has a nuclear weapons program not subject to any international monitoring at all mainly due to support from Washington. Under King Salman and his son, Mohammed, Saudi Arabia has been recently cozying up to the Tel Aviv regime.

The Reuters report said Russia and South Korea are competing with the US to secure a nuclear contract with Saudi Arabia.