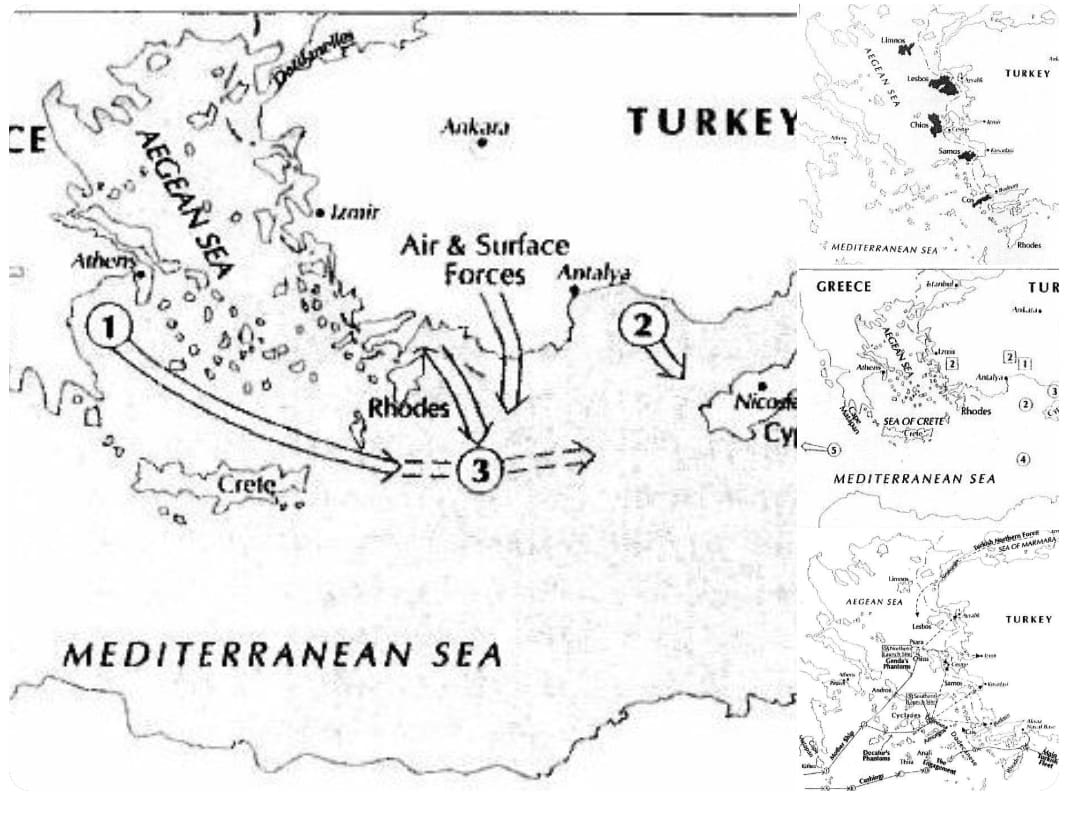 Sputnik/Moscow: Relations between the US and Turkey, two NATO allies, have been spiralling downward of late, especially in light of a spat over Ankara’s acquisition of Russian S-400 defence systems threatening F-35s’ supplies to Turkey.

The US Naval Institute, one of the biggest professional military associations in the United States, employing a lot of former top military brass has published a suggested scenario of confrontation between American and Turkish fleets in the third edition of the book titled Fleet Tactics and Naval Operations. The book, released on 15 June 2018, has captured the attention of the Turkish newspaper Yeni Safak, which released a summary of the imaginative conflict described in its 15th chapter.

The book describes an alleged scenario where the Turkish Navy sinks Greek vessels carrying ballistic missiles to southern Cyprus, initiating a military conflict between the countries. According to it, Turkey would then conduct attacks on the islands of Limni, Lesbos, Chios, Samos, and Kos in the Aegean Sea. The two states engaging in the conflict are described as “sworn enemies”.

Further, according to the scenario described in the book, the sixth US fleet will intervene in the conflict in a bid to stop it, but does so by supporting Greece and acting against Turkish troops.

“The scenario, where the 6th US Navy fleet engages the Turkish Navy, shows the start of the conflict between Athens and Ankara and the US actions, which support Greece in this conflict”, the newspaper indicates.

Erdogan Blames US for Triggering 2018 Economic Crisis in Turkey

Further on the scenario describes the USS Harry Truman and local US military vessels getting ready for a confrontation, while the US military deployed on the islands of Chios and Amorgos target the Turkish cities of Ayvalık, Izmir, Cesme, Kusadasi, and Bodrum for their attacks. At the same time, the American fleet is expected to engage the Turkish Navy to the north of the Crete.

While the book’s intro indicates that all scenarios and events in it are pure fiction and represent the personal opinion of the books’ authors, the Turkish newspaper indicates that those, who contributed to its contents, as well as the head of the US Naval Institute, are all former top US military officials. The author of the article believes that this fact makes one doubt the “fictional character” of the described scenarios and leads one to think that the book provides “hints” about Washington’s possible stance in the event a real conflict between Athens and Ankara erupts.

The aforementioned alleged conflict refers to ongoing tensions between Greece and Turkey in the Aegean Sea, caused by a conflict about Cyprus’s status, which has remained divided since 1974, when Turkey invaded the northern part of the island nation. These tensions have led to several maritime incidents near Cyprus and other disputed islands involving Greek and Turkish boats and military vessels.

Relations between the US and Turkey have also recently gone into a downward spiral since Turkey inked a deal to buy Russian S-400 air defence systems. Washington is worried that its radars will be able to learn about spotting the modern F-35 stealth jet, which was scheduled for shipment to Turkey. The US, since then, has threatened to freeze the fighter’s delivery to Turkey if it doesn’t drop the S-400 deal. Ankara has repeatedly refused to do so, but at the same time demands a timely delivery of the F-35s.