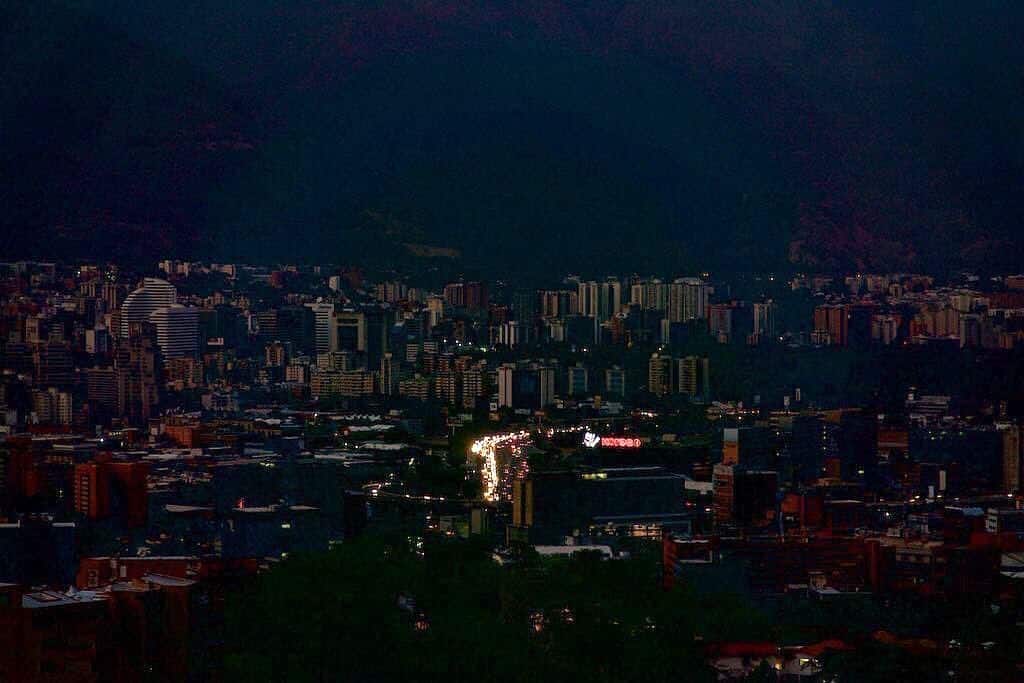 __________
Mercopress
Another blackout in Venezuela: government blames “attack” on the power system

enezuela blamed an “attack” on its electric system for a blackout on Monday, the second to hit the OPEC nation this month, that shuttered businesses, plunged the main airport into darkness and left commuters stranded in the capital. Power went out in much of Caracas and nearly a dozen states in the early afternoon, stirring memories of a week-long outage earlier in the month that was the most severe in the country’s history.

Service was restored in many areas within hours on Monday and Information Minister Jorge Rodriguez said in a televised broadcast that power was being “progressively reestablished.”

“We have suffered a new attack on our national electricity system’s load and transmission center today,” Rodriguez said, adding that the event had “similar characteristics” to the March 7 “attack.”

The blackouts come as the country is experiencing a deep political crisis after National Assembly President Juan Guaido invoked the constitution to assume the interim presidency in January, arguing that Maduro’s May 2018 re-election was illegitimate.

Guaido has been recognized as Venezuela’s rightful leader by most Western countries, including the United States. Maduro, a socialist who took office in 2013 and who has the support of

Russia and China, says Guaido is a U.S. puppet attempting to lead a coup against him.

Rodriguez did not explicitly blame Monday’s outage on any particular individual or group. But he said, “the intention of Venezuela’s far-right is to attack, generate anxiety and anguish, in order to seize power and steal all our resources.”

The blackout came less than two weeks after reliable power service was restored following a prolonged blackout that began on March 7. Maduro blamed that crippling outage on a “cyberattack” by the United States, but local experts said it had more to do with years of underinvestment and lack of maintenance.

While blackouts have long been common in Venezuela, their increasing frequency and severity is adding to the desperation of Venezuelans, already living through hyperinflation and six straight years of economic contraction.

Several western states were without power on Monday, though electricity continued to flow in the southern city of Puerto Ordaz and parts of Valencia, the country’s third-largest city.

Shops across the country closed early to protect against possible looting. Authorities said the Caracas subway was shutting down due to the lack of power. The city’s streets were packed with people walking home and hanging off the sides of crowded buses.

Lights were out in the Maiquetia airport near Caracas, though flights were not cancelled. A worker checked passengers’ passports with a hand lamp, while the belt carrying checked luggage was running with power from a backup generator.