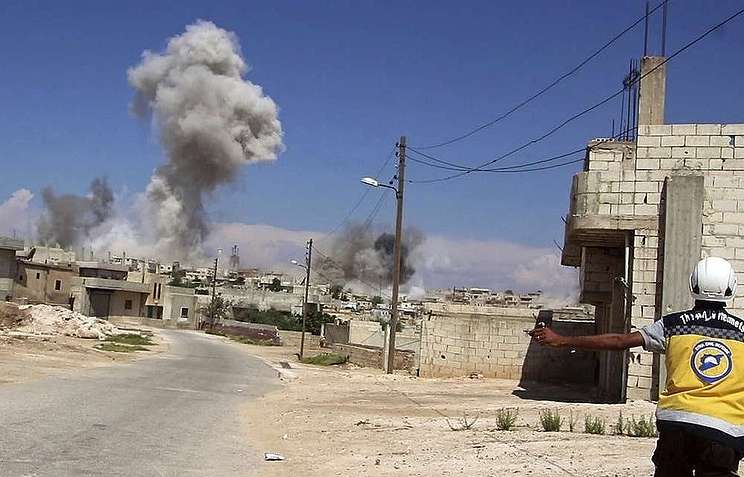 French and Belgian special services are preparing a chemical provocation in Syria in order to accuse Russia’s Aerospace Forces of strikes on civilians, the head of the Russian reconciliation center in Syria, Maj. Gen. Viktor Kupchishin, told reporters on Friday.

“In order to organize the provocations, agents of French and Belgian special services have arrived in Idlib. They met with field commanders of the Hayat Tahrir al-Sham and Hurras al-Din terrorist groups (outlawed in Russia) and representatives of the White Helmets pseudo-humanitarian organization,” he said.

Kupchishin said that preparations for faking a video “allegedly demonstrating Russia and Syria’s use of chemical agents against the civilian population” were discussed at the meeting.

He added that “a payment of $100 was offered to those willing to take part” in making those videos.

In order to make photographs and video footage more realistic, the masterminds of the provocation may use real toxic substances, presumably against refugees and families forcibly held by the Hayat Tahrir al-Sham group, Kupchishin said.

According to him, containers with poisonous substances, disguised as oxygen tanks, have been delivered to Syria’s Idlib province under the control of French special services on March 23.

“On March 23, under the control of officers of French special services, a toxic substance, presumably chlorine-based, was delivered from the city of Saraqib to the towns of Khan Shaykhun, Maaret Horma and Kafr Zita (all in the Idlib governorate) under the guise of oxygen tanks and household gas cylinders,” he said.

The Russian official added that between March 14-27, officers of Belgian special services recorded videos of airstrikes by Russian warplanes on militant ammunition depots within the Idlib de-escalation zone, with the aim to “later use them as evidence of chemical weapons use.”

“Russia calls upon leaders of illegal armed groups to refrain from armed provocations and engage in peace settlement in areas under their control,” Kupchishin said.