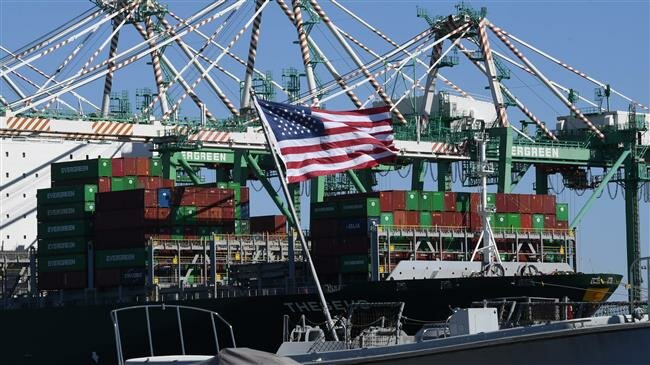 [ Editor’s Note: This story comes as no surprise as our fake media has been soft peddling covering the economic down slide potential, hiding it behind the endless diversionary news that is designed to hide all kinds of nefarious things going on. 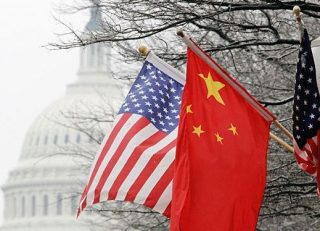 While last year showed the end of the Trump tax stimulus gift to the rich, tax breaks that went out in huge bonuses for the corporate elites.

Where is any kind of a US major project going on compared to what China and Russia are doing for their infrastructures?

Take the Arctic for example, while the US and silly Britain are huffing and puffing about taking Russia on in the Arctic, the US does not even have one icebreaker that can handle operations in the winter. You cannot supply a serious basing effort just by air supply alone.

Lee Wanta’s high speed rail system went up in smoke when the Federal Reserve stole his huge funds that came in from China during the big crash, and quickly disappeared into the European banking rescue.

While the 2018 annual growth was fine, the fourth quarter estimate was high by a half percent, and that was during low gas prices. We now have a spike, which has not been figured into pushing down the 2019 estimates yet.

We know there are powerful entities pushing for a Mid east war, and possible skirmishes elsewher with Russia and China. All of this adds more uncertainty. We are in a position where one big slip can kick off a recession.

Home building is down, labor market soft, all the banana peels are spread around for a slide in economic activity. A stock market reversal could tumble things at any time, and the NeoCon finger is on the war trigger, to pull it if deemed necessary to stimulate things, when it could be pouring fuel on the fire. Color me worried …JD ]

US economic growth slowed sharply in the fourth quarter last year to an annual rate of just 2.2 percent as global weakness, fading government stimulus and rising trade tensions take a toll on the US economy.

Gross domestic product (GDP), the economy’s total output of goods and services, increased at a 2.2 percent in the fourth-quarter of 2018, the US Commerce Department said on Thursday.

The fourth-quarter GDP growth was less than initially thought, which was estimated in February to be 2.6 percent. Economists believe growth has slowed further in the first quarter of 2019, which runs from January to March.

For all of 2018, the economy grew 2.9 percent as previously reported, the best performance since 2015. Analysts calculate that growth this year will slip to around 2.4 percent.

Concerns over the economy were underscored by other data on Tuesday showing US consumer confidence ebbing in March, with households becoming pessimistic about the labor market.

US homebuilding also fell more than expected in February as construction of single-family homes dropped to near a two-year low.

US homebuilding and consumer confidence fell sharply last month, offering more evidence of a sharp slowdown in economic activity early in the year.

US President Donald Trump has emphasized that last year’s GDP performance as evidence that the administration’s policies of tax cuts, deregulation, government spending and tougher trade enforcement were working.

The White House has pledged to maintain annual economic growth at 3 percent.

Economists believe the economic slowdown stems from various headwinds, including weaker growth prospects in China and Europe, decreasing US exports due to the Trump administration’s trade tariffs and the waning effect of the 2017 tax cut and government spending.

Trump likes to showcase the economy as one of the biggest achievements of his term, declaring last July that his administration had “accomplished an economic turnaround of historic proportions.”

On the campaign trail, Trump boasted he could boost annual GDP growth to 4 percent, a goal analysts always said was unrealistic given low productivity, among other factors.