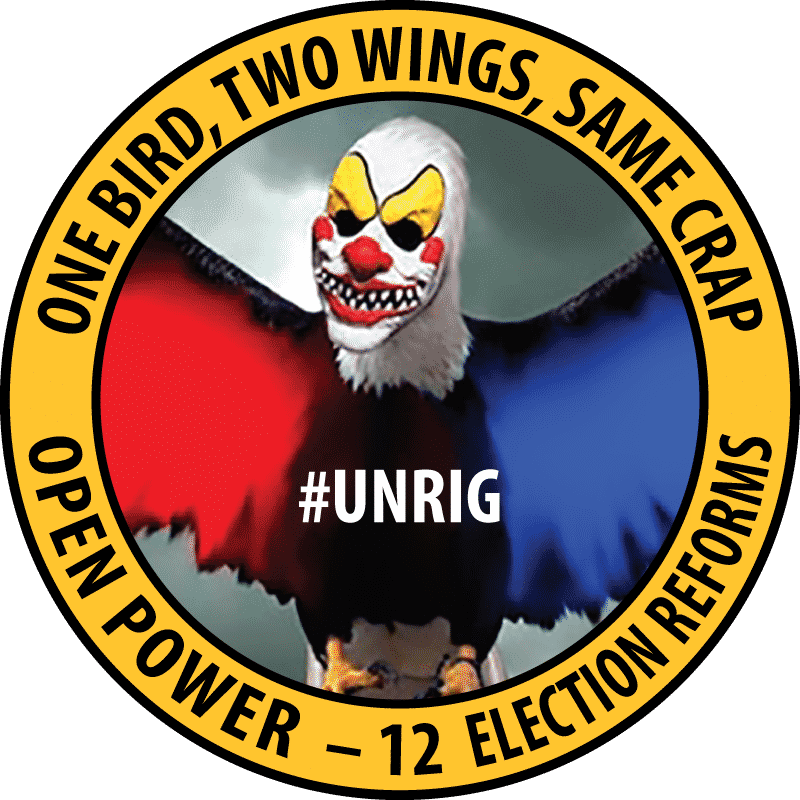 Big Picture. The “happiness index” is subtle — the economy may be improving but if health is declining, if students are in a funk over debt, if the elderly are in despair over health debt, and so on, there is an angst across the land that the President must acknowledge. Impeachment is off the table.  Net net: Facebook banning white nationalists and Chicago letting off a black celebrity for a major fake news hate crime atrocity, are national mood changers. Pissed off white males, along with pissed off blacks, students, elderly, and gun-totting moms, are going to push the President over the top.  Down-ticket is still a mess. As of today, Independents, Libertarians, Greens, and others don’t have any traction at all AND Republicans are worried about being labeled the party of the 1%.

Creepy “Uncle Joe” Biden plummets as he is outed for being a creep, what no one has dared say yet is that he may be a Pope-approved pedophile.

Candidates. Trump is a YUGE winner with the Mueller Report.  Biden the favorite to beat Trump but Biden knows he is weak, Anita Hill will haunt him for life (and now breaking, “Creepy Uncle Joe” is finished, see Big Picture. New talk of Tulsi Gabbard as cross-over replacement for Pence despite media’s strong efforts to diminish her (she is at 1%). Steve Bannon must think the Democrats are stupid, he’s shouted out to a Kamela Harris Beto the Pussy O’Rourke being a winning ticket against Trump. Pete Buttigieg (pronounced Butt he gay) jumped from 1% to 4% on the strength of curiosity — a gay man with a gay male First Lady?  Seriously?

Down-Ticket Impact. The collapse of the Mueller investigation — the vindication of the President — may be a gift to all  Republicans and have a down-ticket impact. Jussie Smollett could be the demographic down-ticket fake news gift that all Republicans can use — BLACKS are angry over this.

Demographics. In desperation Democrats are proposing a lowering of the voting age to 16 — children who are not allowed to smoke, drink, or bear arms.  There is still room for a middle of the road “people not parties” challenger to the President but only if they can get on every state ballot. Biden and Beto are both pussies (with possible sexual deviancy issues), what we are seeing emerge is an utterly enraged white male population — the combination of Facebook banning “white nationalists” (Robert Steele qualifies as both white and a nationalist) with the cover up of the celebrity black fake news hate crime in Chicago, is explosive. Elderly could be a decisive voting block (health debt, fears) along with young couples who cannot afford to buy a home across 70% of the country.

Election Reform. #UNRIG is the biggest issue out there, and it is being ignored by the Libertarians and Greens, which suggest that both parties are controlled opposition and not serious about getting into power. The proposals from the Democrats are a scam — not focused on opening the door to the 70% that are disenfranchised, but rather focused on increasing Democratic base by going after children and illegal immigrants and non-citizen voters.

Fake News. Matt Taibbi on Muller Report impact: the media — including especially CNN and The New York Times and Washington Post — are fucked for the next two years.  No one believes them anymore.  Mueller Report as submitted has wiped out the mainstream and social media — they have ZERO credibility with perhaps 75% of the public.

Impeachment. Off the table.  Mueller report a total bust, media and Democrats will not live it down.

Issues. Student debt jubillee ($1.5T) is on the table from a new Democratic candidate. President has announced that he will move forward on health care, infrastructure, and immigration. If successful, and the economy stays solid (including a China deal that appears to be sweetening), he will do well. A winning issue — and a promise President Trump has failed to keep — is that of infrastructure. Senator Amy Klobuchar is on top for this one. Deregulation is a two-edged sword. Healh care — including mandatory insurance payments — will be a major issue.  Trump is focused on cost reduction but not getting anywhere.  Democrats are focused on healthcare for everyone and doing nothing about cost reduction. Kamela Harris brings up a solid issue: teacher’s pay. Democrats are letting Trump get away with murder and genocide (literally) in not challenging his failure to pull out of seven shooting wars, bring our troops home, close bases overseas, and re-invest it all in plowshares not swords.

Kushner Liability. Jared Kushner is a traitor — a mole in the White House — who should be expelled immediately and then indicted for treason and all the other crimes he has been committing, including real estate and tax fraud.

Technology. Absent a total assault by the President on Big Tech that is censoring conservative voices, enabling fake news, and actively stealing elections with rigged machines, the President could have the election stolen from him. Facebook, Google, MeetUp, Twitter, YouTube are all out of control and a threat to informed civic engagement and thus to democracy. Rumors are now swirling about a RICO investigation combined with massive class action lawsuits late in 2019 such that Facebook, Google, MeetUp, Twitter, and YouTube particularly understand they must honor the 1st Amendment and Title 7 or be put out of business months prior to the election. Big Tech is facing a “take no prisoners” President and there is zero doubt about who wins  this one.

Voter Fraud.  DHS may have a good effect of electronic voting machines that were DESIGNED to enable voter fraud, but the President is missing the chance of a lifetime — of a century — to implement #UNRIG election reform across the board.  YUGE mistake and a betrayal of the public trust.

For specific links supporting all of the above comments visit: