Home WarZone Russia to NWO: So, you want me to pull troops from Venezuela? 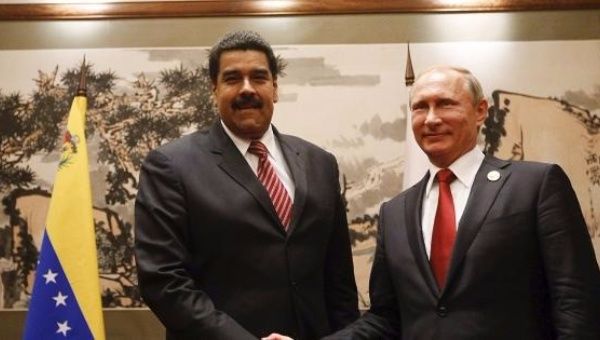 Elliott Abrams, the man who has been creating chaos since the beginning of his political career, has recently sent Russia an ultimatum because it has a military presence in Venezuela. Abrams declared:

“We have a very nice options paper of the various things that can be done in US-Russia relations. The Secretary will be making his choice about how to respond. There is a lot of things that are on the list. So, The Russians will pay a price for this.”

Trump has said similar things.[1] Abrams is mad and sad because Russian Foreign Ministry Spokeswoman Maria Zakharova said that “Russian military personnel in Venezuela is implementing bilateral defense agreements and will stay there as long as Moscow and Caracas deem necessary.”

In response to Abrams’ ridiculous statement, Russian Foreign Minister Sergey Lavrov declared: “I don’t see anything coming from the US diplomatic corps except ultimatums and threats to impose sanctions unless the demands are met. All other tools have vanished from the arsenal of American diplomacy, and that is sad.”

“Some liken the U.S. to an elephant in a china shop, but those animals behave delicately and reasonably,” Zakharova said. The United States “acts on the international arena more like a cowboy in the Louvre Museum.”[2]

Certainly Russia will not allow the United States and other New World Order entities to create chaos in Venezuela. This means that NWO agents will more than likely receive another defeat in the region.