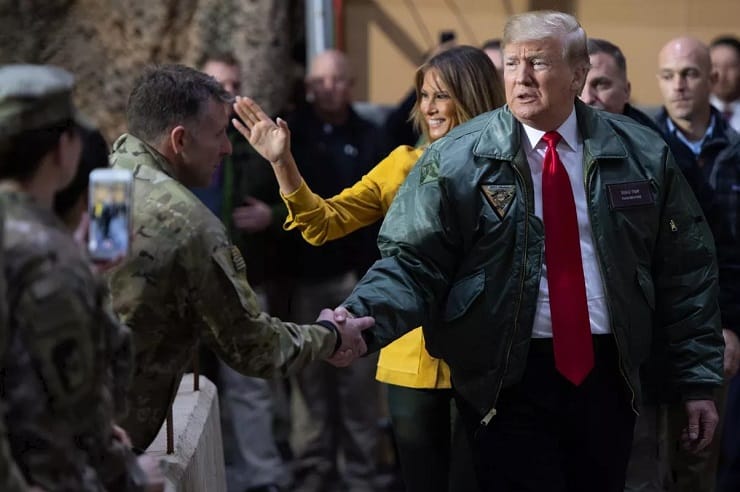 [ Editor’s Note: Mr. Gunnar gives us a peek inside what some believe to be US waning influence there, as Iran’s grows. But as long as the US has its bases there, apparently with zero oversight from the Iraqi government, it will be happy.

As far as the US troops leaving Iraq, all the statements by Iraqi politicians claiming to be able to push the US out when they want appear to be hot air. The US is keeping Iraq’s F-16s maintained with backup technical support and parts, and Iraq will never want that umbilical cord cut.

The Iraqi Kurdish news have been out of Western media for ages. We need a correspondent there, but they do not grow on trees, the ones with good English skills, and the fact that we don’t pay for material is highly unpopular in countries under stress.

Iraq also has not had any of its oil exports sanctioned despite its close ties to Iran. If it kicked the US out, then I suspect that would change in a jiffy. Basically the US has Iraq by the noogies. It desperately needs every dime of its oil exports.

Russia has shown little interest in pumping up the Iraqi economy. I suspect it might have something to do with the money disappearing into thin air faster than anywhere else, with no result. We don’t hear of any Russian nuclear plant deals for Iraq, as it can’t pay for them.

But that said, Iraq survived a horrible trial by fire during the ISIS-US war, and paid a huge price in the damaged cause. Has it learned from the mistakes that led up to that? I don’t know.

Gordon took a team to brief the Sunni chiefs that they were vulnerable to a lightening strike from inside Syria to take Mosul to grab all the weapons and ammunition there, plus the banks that got cleaned out, and be able to live off the population.

They thought they knew better, and were dead wrong. And of course they would never want to be reminded that the VT team had proposed how, if they caught the attacking ISIS columns in the Anbar desert, they could be destroyed in place with little Iraqi damage.

We had proposed long loitering blimps with communications connected to 155 mobile batteries, which the Iraqis had tons of, that could deliver concentrated fire on the ISIS columns once they were spotted, even at night.

In the dead of Christmas night last year, to evade possibly being shot down, US President Donald Trump made a surprise, whirlwind visit to US troops in Iraq.

He visited Al Asad Air Base about 100 miles west of Baghdad in Al Anbar province, or about halfway between Baghdad and the Syrian border where US forces are also operating. Between Al Asad and Baghdad are the notorious cities of Ramadi and Fallujah, hotbeds of resistance after the 2003 US invasion, and since then, hotbeds of extremism fueling the Islamic State (IS) in Iraq. The base is home to about 5,000 US service members.

As in Syria, America’s presence in Iraq seems to be clinging to areas where extremism and separatism are greatest. In many instances, it is the US openly and deliberately encouraging both, especially in Kurdish territory stretching over both nations, but also in areas dominated by Sunni Muslims where extremist fronts like Al Qaeda and IS believe they can find support.

The fact that President Trump visited American forces in the dead of night, meeting no one from the actual Iraqi military or government, helps illustrate the increasingly isolated position the US holds in Iraq.

While the US claims it is fighting extremists from Syria to Iraq and beyond, with Syrian, Russian, Iranian and Iraqi forces clearing these extremists out of virtually all corners of Syria and Iraq except where US forces occupy, it seems the US isn’t fighting extremism, it is cultivating it.

Several months later, Iranian President Hassan Rouhani made his first official visit to Iraq. His trip brought him to the center of the Iraqi capital, Baghdad. There he met with top representatives of the Iraqi government including Iraqi President Barham Salih. He also traveled through the city to visit Al-Kadhimiya Mosque, a particularly important pilgrimage site for Shia’a Muslims.

President Rouhani had previously commented on Trump’s swooping in at night and his failure to meet with any actual Iraqis in an open and official capacity. The Washington Post would quote President Rouhani as also stating:

“You have to walk in the streets of Baghdad … to find out how people will welcome you.”

Last year, Iran’s exports to Iraq amounted to nearly $9 billion. Tehran hopes to increase the roughly $13 billion volume in trade between the two neighbouring countries to $20 billion. Also, some 5 million religious tourists bring in nearly $5 billion a year as Iraqis and Iranians visit Shiite holy sites in the two countries.

The article would note the growing ties between the two nations and the growing influence Iran has over Iraq in contrast to America’s ebbing presence there.

Mr. Trump’s comments come as the United States has quietly been negotiating with Iraq for weeks to allow perhaps hundreds of American commandos and support troops now operating in Syria to shift to bases in Iraq and strike the Islamic State from there.

Military leaders are seeking to maintain pressure on the militant group as the president fundamentally reorders policy toward Syria and toward Afghanistan, where peace talks with the Taliban are underway.

Yet there are serious problems with this claim. President Rouhani’s visit highlights Iran as a key ally for Iraq. In terms of security, Iranian-backed militias helped rid Iraq as well as neighboring Syria of Al Qaeda, its affiliates and IS. And as just pointed out, Iran is also a key economic partner for Iraq.

The US on the other hand has little to offer in terms of security or economics. Its presence in Iraq to allegedly fight extremists it and its regional allies themselves helped fund and arm in the first place, only adds to Iraq’s many security challenges.

In terms of economics, while the US provides Iraq a large export market, it is a market still dwarfed by China and India. It is also smaller than the combined export market of Iraq’s major European trade partners. The geographical proximity of Iraq and Iran to one another means deeper and more practical economic ties can be developed than anything on offer by the US, if economic partnership was actually one of Washington’s goals.

By President Trump’s own admission, the US is in Iraq not to assist it in any way, but to use it for Washington’s own self-serving agenda regarding neighboring Iran.

Since the United States and its Persian Gulf allies have nothing of significant value to offer Iraq in terms of real security or economics, it is instead playing a diplomatic balancing act where it associates with and radicalizes Sunni communities, then poses as combating the terrorism that predictably results.

It is a balancing act that is hardly sustainable, especially opposite the significant security and economic benefits Iran can counter-offer Baghdad.

It is not hard to see why Iran’s influence in the Middle East continues to flow, despite being targeted by the US through an array of subversive measures, while US influence in the region ebbs despite having a clear advantage in terms of resources and military might.

It is also not hard to see the significance of remaining US bases in Iraq being in Kurdish areas or regions where extremism still persists. The US presence in Al Anbar, as pointed out as far back as 2017, along with supposed reconstruction aid offered by Washington’s Persian Gulf allies, all seems to point toward a strategy of growing an extremist threat to serve as a counterweight or spoiler against Iran’s constructive contributions to Iraq’s security situation and economic growth.

It is a strategy that will only further exhaust US credibility and resources, as well as those of its regional partners, all while forcing it opponents to expand further and dig in deeper, as Iran has been doing.

Despite claims that the biggest threats to US interests and national security are extremists in the Middle East, or even revisionist states like Russia and China, in truth, the United States’ biggest enemy is its own unsustainable foreign policy and the exhausting aggression that underpins it. Its ebbing influence in Iraq despite the trillions in dollars and many years invested there, serves as “exhibit A.”