When we think of the First Amendment of the Bill of Rights, which states in part that the government shall “make no law respecting an establishment of religion, or prohibiting the free exercise thereof,” which Thomas Jefferson described as “a wall of separation between church and state” in his letter to the Danbury Baptists, we usually limit it to the US government respecting an establishment of religion on US soil.

In today’s world, the US government is, and has been since 1948, respecting the establishment of religion, and using American tax dollars to pay for it, in the Middle East. It took the form of financial loans to the religious Jewish state of Israel under Harry Truman in 1948.

Ever since then the vast majority of US politicians from both major political parties have realized that promoting Israel with American lives, limbs and BILLIONS of US tax-dollars from Americans, is money in the bank for them. Currently US politicians take from American tax payers and give to Israel $10.5 million EVERY DAY.

To understand how this is possible, and to get an accurate understanding of how the US “democracy” really works, watch this important video. The video is an abridged version of the undercover documentary The Lobby, which documents how the Israel lobby buys US politicians for the benefit of Israel. 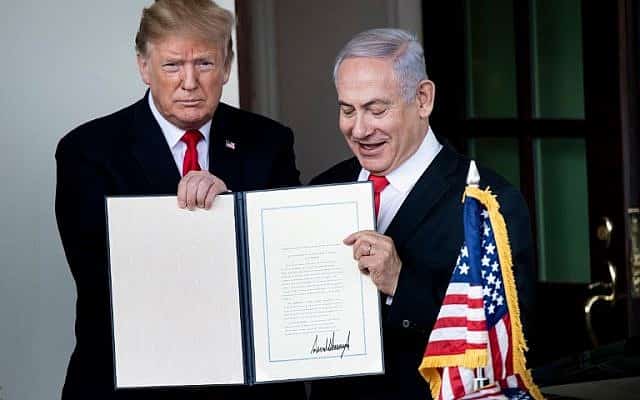 Starting at 6:54 and going through 12:34 in the video, we get a lesson on the mechanics of buying “public servants” who are in reality nothing more than political whores/pimps who sell themselves and their constituents to the highest bidder. (What this short segment of the documentary shows should make everyone who sees it realize what a total waste of time, and what a scam, voting is.)

In this case the highest bidder is the Israel lobby, and in particular the American Israel Public Affairs Committee (AIPAC). The American Representative Ilhan Omar, who was attacked by politicians from both parties for telling the truth about AIPAC and the Israel lobby buying US politicians with her statement “It’s all about the Benjamins baby”, is completely exonerated by this undercover documentary.

In the video at 10:10 – 21 we get an ominous message from David Ochs, a lobbyist for the Israel lobby. Ochs tells the undercover journalist James Anthony Kleinfeld, “We don’t ask a goddamn thing about the fucking Palestinians. You know why? Because it’s a tiny issue, that’s why. It’s a small insignificant issue. The big issue is Iran. We want everything focused on Iran.” US politicians are acting of this Israel lobby primary objective against Iran. Donald Trump’s recent official recognition of the illegally occupied Syrian Golan Heights as being part of Israel was done with Iran in mind.

Ochs, AIPAC and all of the Israel lobby work to accomplish what the Jewish state of Israel wants. Regarding Iran, Israel wants the same thing it wanted, and got, from US politicians for Iraq: regime change through the use/misuse of the US military. US politicians from both parties were happy to oblige regarding Iraq. As a former adviser to George W. Bush and the executive director of the 9/11 commission, Philip Zelikow said, “Why would Iraq attack America or use nuclear weapons against us?

I’ll tell you what I think the real threat (is) and actually has been since 1990 – it’s the threat against Israel. And this is the threat that dare not speak its name, because the Europeans don’t care deeply about that threat, I will tell you frankly. And the American government doesn’t want to lean too hard on it rhetorically, because it is not a popular sell.”

Neither would a US war against Iran be a popular sell with most Americans. A survey done in July shows that Americans oppose going to war against Iran by a margin of two-to-one. Unfortunately the war-pigs are very skilled at promoting war against the will of the people. A powerful example of this is how the Jewish Zionists maneuvered the US into WWI. This was all part of the Balfour Declaration which saved England from defeat by bringing the US into the war on England’s side, while promising to give land in Palestine to the Jews.

The largest segment of the US population that would be in favor of a US war against Iran are millions of Christians who believe the Bible is the word of God and who take seriously what the ancient Hebrew and Jewish authors of the Hebrew Bible/Old Testament wrote in it. They wrote that God gave all of the land that is currently the Palestinian West Bank and Palestinian East Jerusalem to the Jews for the Jewish state of Israel to have for eternity.

In Genesis 13:14-15 God allegedly said to Abram, “Lift up now thine eyes, and look from the place where thou art northward, and southward, and eastward, and westward: For all the land which thou seest, to thee will I give it, and to thy seed for ever.” According to an article written by Christian clergyman Pat Robertson, the land God gave to Abram that was to become the Jewish state of Israel stretches from parts of modern day Egypt to parts of Syrian, Jordan and Iraq.

Believing the Bible requires sincere Bible believers to support Israel in all of its undertakings. Christian clergyman John Hagee, the founder of Christians United For Israel (CUFI), has a list of seven reasons why Christians need to support the Jewish state of Israel.

To undercut the damaging religious nonsense regarding Bible-based Jewish superiority, to put an end to the lie that God gave a gift of real estate to the Jews for the Jewish state of Israel and promised that Israel will rule the world (Deuteronomy 28:1), we must rely on our gift from The Supreme Intelligence/God of our innate reason. None of the man-made “revealed” religions can withstand the test of our innate God-given reason. The American Founder and Deist Thomas Paine wrote in The Age of Reason, The Complete Edition that we need a revolution in religion based on our innate God-given reason and Deism. Once Deism reaches enough people, this will remove us from being pawns of the Jewish Zionist warmongers and their Gentile dupes.