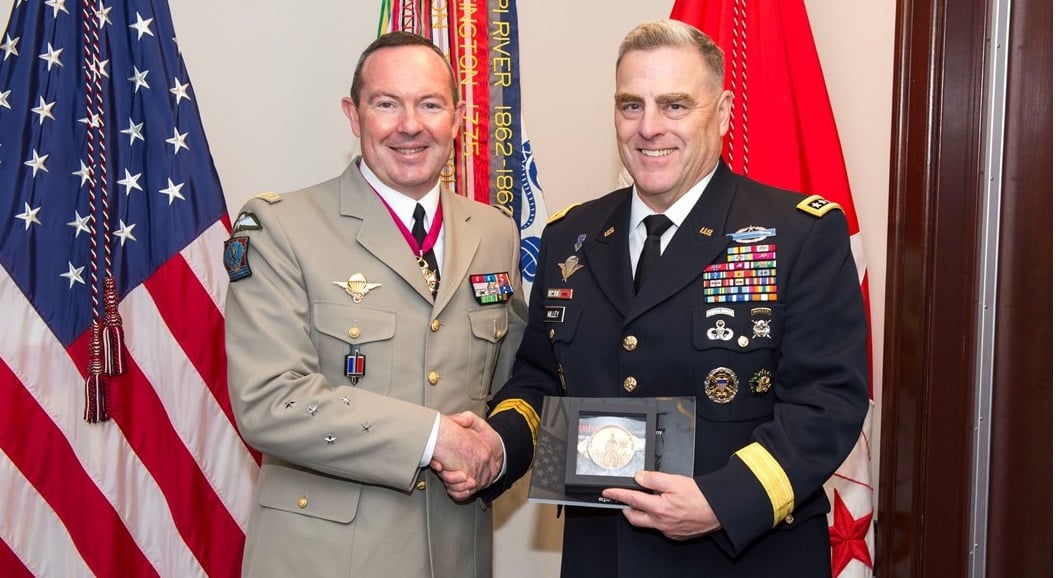 The shadow foreign minister of France sent me the below headline, asking what I thought. I told him that while we all know that Sorcha Faal is a fabrication shop with one David Booth behind the scenes, that I and my editors value Sorcha Faal because the links are always real and useful, and the narrative — which may be contrived — is always worth considering,

In my view General Milley’s commitment to the Constitution is priceless. I have written before about how our military has lost its integrity and obeyed illegal unconstitutional orders (e.g. invading Iraq on the basis of 935 known lies).

As the president prepares to shut down the US border, with my fellow former Marine lieutenant now Commandant of the Marine Corps Bob Neller contemplating resignation because he thinks securing the border is beneath him, this is a very good time to reflect on the Constitution, the US military, the President’s good instincts, and the pressing need to appoint a Secretary of Defense with intelligence, integrity, and imagination — someone who can defend the border, leave NATO, close all our bases overseas, stop funding dicators and their repressive militaries, and help the military-industrial complex beat swords into plowshares.

I learned the hard way, watching Senator John Warner (R-VA) defeat the National Security Act of 1992 that included an Open Source Agency — reform has to be job and revenue neutral from state to state and district to district if it is to have any hope.  Fair enough. What is lacking at the top in DoD  today is someone who understands that our Grand Strategy must repurpose defense from being a cesspool for spending money on profitable waste that cannot win wars, toward an engine for DOMESTIC peace and prosperity with the ability to destroy any enemy anywhere from a standing start AT HOME.

Securing the border is fundamental. Bringing our troops and their wallets home is fundamental. Ending waste and 90% profit for banks while creating tens of millions of jobs in infrastructure at home is fundamental.  Defense is the linch pin for a renaissance of the American economy, but only if the focus shifts from scattered forces abroad, to concentrated home-based catalysts for economic innovation at home.

Robert Steele: How Our Military Can Help Defend the Border UPDATE 13: Trump Wins, Acting SecDef to be Replaced?

Lawrence Wilkerson: What IS The Empire’s Strategy? Hint: None at All. Remarks as Delivered to the Ron Paul Institute Conference on Media & War, 18 April 2018 Washington, D.C.

Secretary of Efficient Defense or Secretary of Wasteful War? Robert David Steele as a Candidate – the Only Candidate with a Grand Strategy

A Commentary: Robert David Steele for Secretary of Defense?

What Would an Open Source Secretary of Defense Look Like?

NB: Jim Webb or Doug Macgregor would be better candidates for SecDef.  All I want to do is unscrew the US intelligence community and move it from 4% to 100% of needed relevant information and essential decision-support across all functional areas, not just the two where it focuses now. 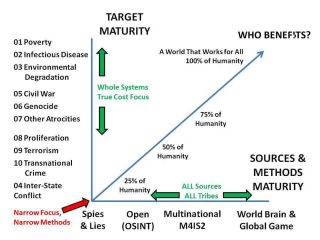 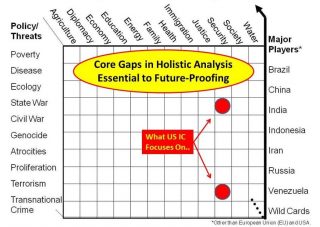