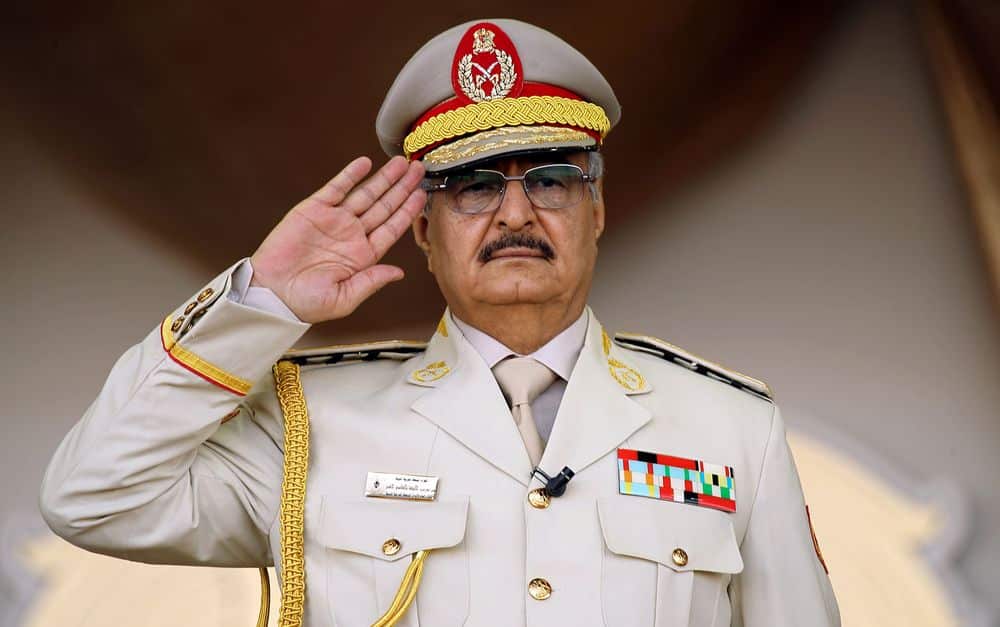 [ Editor’s Note: Who knows what this move by General Haftar will bring. Will the Tripoli government forces fight or withdraw, and if the latter, where to? Has anyone heard about US, NATO or EU intervention to stop Haftar from pushing the UN-backed government out of power? Why not?

Has Haftar been threatened with oil shipment boycotts like Venezuela, or is the timing of doing that not good, with oil prices already spiking? Is that maybe why Haftar is making this move now?

Sometimes in geopolitical journalism, it is more important to ask the right questions than to make guesses. Intel analysis should always follow a dual track.

You analyze what is in front of you to gauge what is real and what is not, and also to look at what should be there and isn’t, as that can contain more important clues as to what is really going on and why.

So watch carefully what is or isn’t reported about this event, as we certainly will. It will be time to blow the dust off our early Libyan war archives, and check in with our old sources from that time.

Good sources are always the key to good reporting. That was the general rule, until Fake News came along. We were using the term five years ago, and no one followed us. It took Trump to make it a national term, and for that we thank him… Jim W. Dean ] 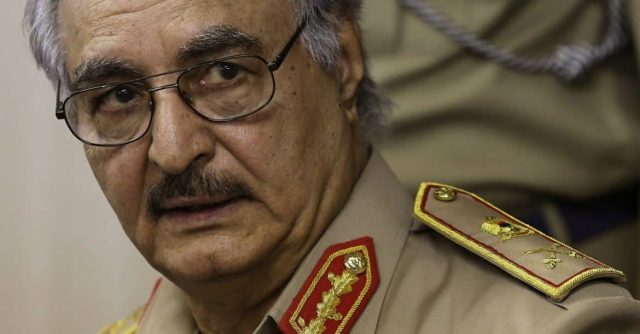 Earlier, the Government of National Accord located in Tripoli, which is in control of the western part of the country, announced its military preparedness amid news of an advance of the Libyan National Army into the government’s territories.

Khalifa Haftar, head of the Libyan National Army (LNA), has ordered his forces to begin an offensive against Tripoli to “liberate it from terrorists”, referring to the Government of National Accord, led by Fayez al-Sarraj and formed with the support of the UN and the EU. Haftar called on citizens of Tripoli to lay down their arms and raise the white flag.

The head of the Libyan National Army expects to take control over the whole city within 48 hours, a source in the LNA told Sputnik.

The LNA has reportedly seized control over the cities of Surman and Garyan, located west and south of Tripoli respectively, Sky News Arabia reported. Haftar specifically instructed his soldiers not to shoot foreigners and ordinary citizens in his address to the army.

“Do not shoot at civilians, at those who are at home, who wave the white flag. Do not touch foreigners, these are our guests, we must ensure their protection and security”, he said.

The Government of National Accord (GNA) recently announced mobilisation, military preparedness, and the maximum level of emergency amid plans of the Libyan National Army to move further into GNA-controlled territories in the west.

According to Reuters, armed groups from the western Libyan city of Misrata have started moving towards Tripoli to reinforce its defences in the face of the upcoming offensive by the LNA.

Libya has been embroiled in a severe political crisis since National Transitional Council forces, supported by NATO, murdered the country’s former head, Muammar Gaddafi. The country was eventually divided between the parliament, which was elected in 2014 and is based in the city of Tobruk as well as supported by the LNA, and the GNA, which was formed at the UN’s initiative and controls the western part of the country, including its capital, Tripoli.

The UN announced that it would hold a conference in Ghadames on 14-16 April in a bid to set a date for organising country-wide elections that would put an end to the diarchy and political turmoil in Libya.