Mayor Pete, legally known as Peter Paul Montgomery Buttigieg, is an American war veteran, politician and the mayor of South Bend, Indiana. He is also a lieutenant in the United States Navy Reserve. He was a consultant at McKinsey and Company, a management strategy consulting firm, from 2007 through 2010. And now, he is running for President of the United States of America in 2020!

Recently, he’s been rising fast in the polls getting the positive attention from both Democrats and Republicans. He’s got the touch! He crosses all lines and makes bridges when others create walls.

Just this past week, he’s been on The View, Bill Maher, CNN, and openly goes on Fox News to engage positively with their right wing viewers. He is really creating a buzz and so he needs a stronger look at…

First off, he wrote a book called “Shortest Way Home: One Mayor’s Challenge and a Model for America’s Future“; A mayor’s inspirational story of a Midwest city that has become nothing less than a blueprint for the future of American renewal.

It is now a NEW YORK TIMES BESTSELLER. 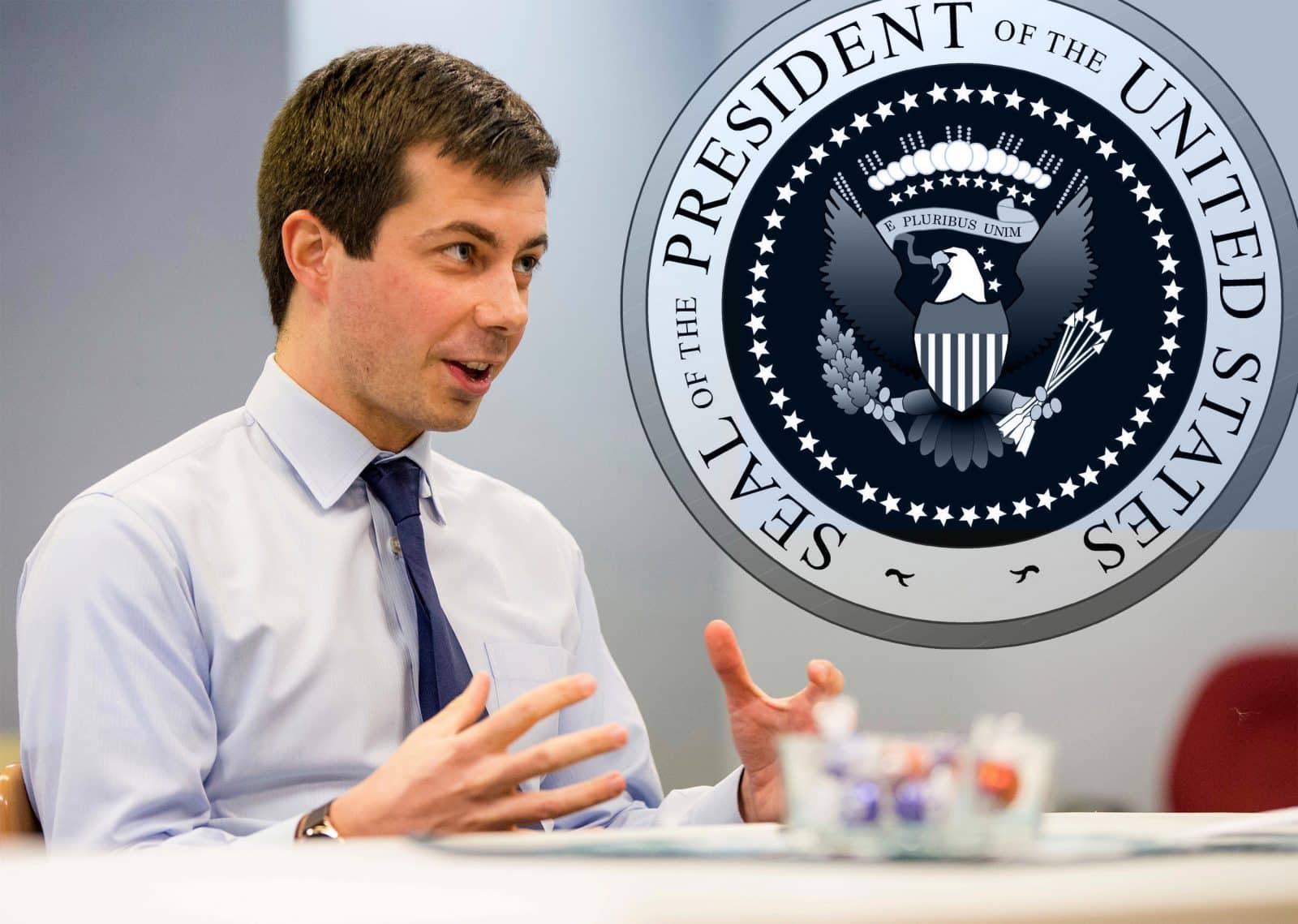 Once described by the Washington Post as “the most interesting mayor you’ve never heard of,” Pete Buttigieg, the thirty-seven-year-old mayor of South Bend, Indiana, has now emerged as one of the nation’s most visionary politicians. With soaring prose that celebrates a resurgent American Midwest, Shortest Way Home narrates the heroic transformation of a “dying city” (Newsweek) into nothing less than a shining model of urban reinvention.

Interweaving two narratives―that of a young man coming of age and a town regaining its economic vitality―Buttigieg recounts growing up in a Rust Belt city, amid decayed factory buildings and the steady soundtrack of rumbling freight trains passing through on their long journey to Chicagoland.

Inspired by John F. Kennedy’s legacy, Buttigieg first left northern Indiana for red-bricked Harvard and then studied at Oxford as a Rhodes Scholar, before joining McKinsey, where he trained as a consultant―becoming, of all things, an expert in grocery pricing.

Then, Buttigieg defied the expectations that came with his pedigree, choosing to return home to Indiana and responding to the ultimate challenge of how to revive a once-great industrial city and help steer its future in the twenty-first century.

Elected at twenty-nine as the nation’s youngest mayor, Pete Buttigieg immediately recognized that “great cities, and even great nations, are built though attention to the everyday.” As Shortest Way Home recalls, the challenges were daunting―whether confronting gun violence, renaming a street in honor of Martin Luther King Jr., or attracting tech companies to a city that had appealed more to junk bond scavengers than serious investors.

None of this is underscored more than Buttigieg’s audacious campaign to reclaim 1,000 houses, many of them abandoned, in 1,000 days and then, even as a sitting mayor, deploying to serve in Afghanistan as a Navy officer. Yet the most personal challenge still awaited Buttigieg, who came out in a South Bend Tribune editorial, just before being reelected with 78 percent of the vote, and then finding Chasten Glezman, a middle-school teacher, who would become his partner for life.

While Washington reels with scandal, Shortest Way Home, with its graceful, often humorous, language, challenges our perception of the typical American politician. In chronicling two once-unthinkable stories―that of an Afghanistan veteran who came out and found love and acceptance, all while in office, and that of a revitalized Rust Belt city no longer regarded as “flyover country”―Buttigieg provides a new vision for America’s shortest way home.

You can purchase it on Amazon.com

You know, USA has over 320 million people.  So it was inevitable that a person would rise that had the intellect, bona-fides, and leadership demeanor that truly fit the task and represented well.  So let’s give this man a serious look and get to know him.
Is this the next President of the United States?  I say… wow, why not? I think so! Maybe! Um? Let’s follow him and see!