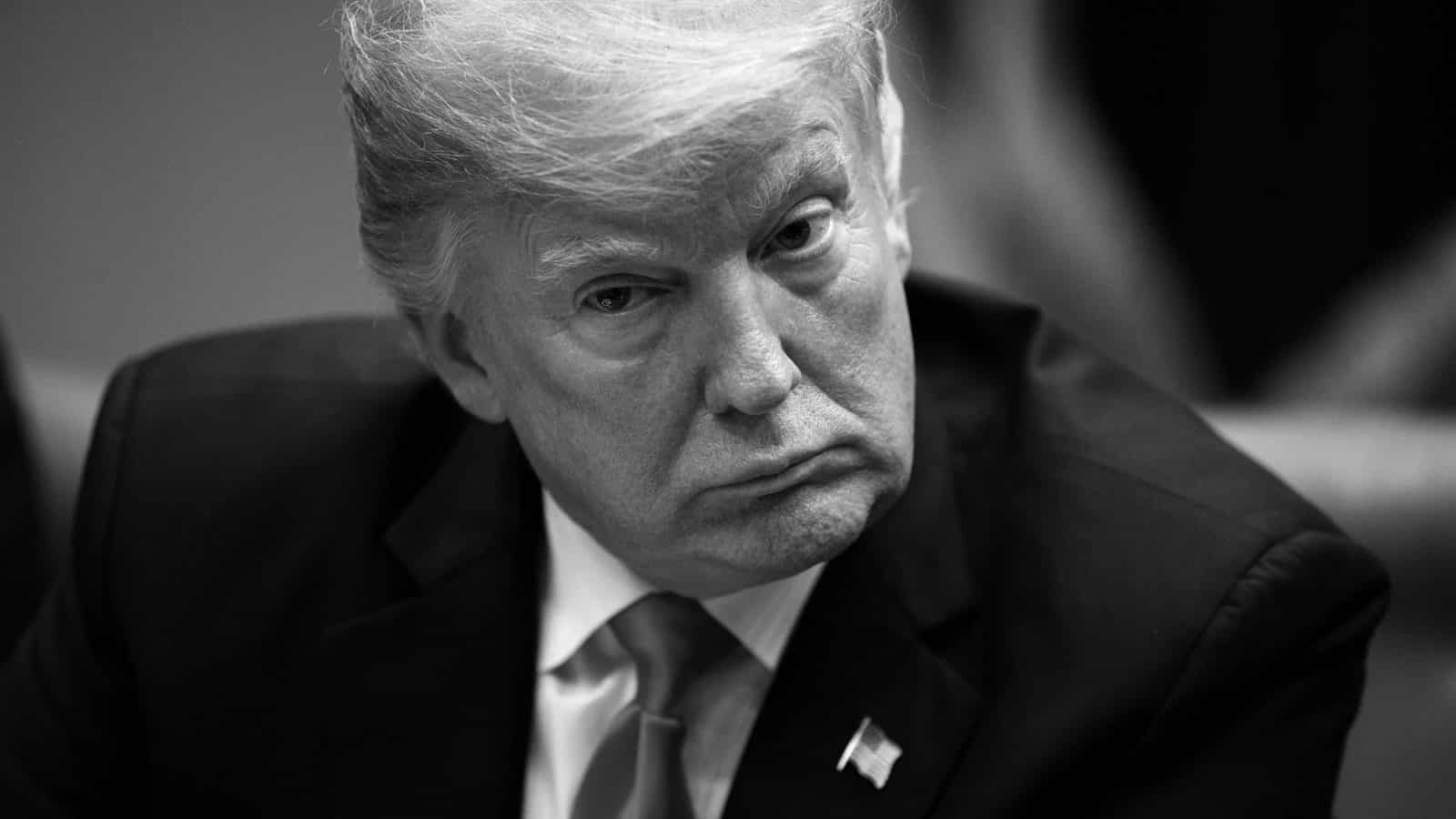 When Donald Trump took sides with Putin over our own intelligence community in order to help the Russians avoid sanctions in the united states, he committed treason. He placed his own interests and the interest of the Russian government above those of the United States. And if anyone should know how easy it is to commit treason it would be Donald Trump, because he accused the Democrats of committing treason for failing to applaud him during a speech before congress.

But in spite of that, during the 2016 campaign Trump repeatedly lied to the American people about not having any business interests in Russia while he was actively pursuing a deal to build a Trump Tower in Moscow. Even after the Russians mounted a vicious attack against American democracy during the 2016 election, he fought our own congress over placing sanctions on Russian interests in the United States.

So why did he do that? The answer is very simple – The Trump Moscow Tower was being financed by VTB Bank, which, according to NYMag.com, “was then under U.S. sanctions, but switched sources on New Year’s Day to GenBank, also under U.S. sanctions.” So, in order for Trump to do business with the Russian bank – which, due to his 6 bankruptcies was one of the few banks in the world that was still willing to do business with him – U.S. sanctions had to be lifted from VTB Bank. And according to BuzzFeed News, the Trump organization also agreed to give Vladimir Putin a $50 million penthouse suite as part of the deal.

New York Magazine reported that “For at least three decades, Donald Trump has dreamed of a hotel stamped with his gilded name near Moscow’s Red Square. As early as 1987, in The Art of the Deal, Trump imagined “a large luxury hotel across the street from the Kremlin in partnership with the Soviet government.

“Twenty years — and a few failed Russian hotel bids — later, he made a promise in a 2007 court deposition: ‘We will be in Moscow at some point.’ Now, that dream of Russian hospitality is turning nightmarish, as Trump’s former lawyer Michael Cohen stated in federal court on Thursday that he had engaged in talks to license a tower in Moscow deep into the 2016 campaign, potentially exposing the president to charges of perjury.”

But treason is nothing new among conservative politicians, it goes all the way back to the very founding of this nation. In spite of the conservative tendency to wrap themselves in the flag, they’ve always been against true democracy. They brought an aristocratic mindset to America from Europe, and they’ve always believed that the average American’s role in society should be as servants of the rich and powerful. The Civil War, the most brutal war this nation has ever fought, was a direct result of that conservative mindset.

I’m purposely using the term “conservative” rather than political party affiliation to avoid confusion, because Republicans love to routinely point out that it was Democrats who were the Confederates and rebelled against the nation and founded the KKK. But they fail to point out that from the Civil War through the Civil Rights movement of the 1960s, the Democratic Party was made up of Dixiecrats, and Dixiecrats were rabid conservatives. 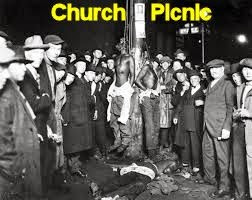 But beginning with the Franklin Roosevelt administration and his “New Deal” for the American people, through the Civil Rights movement of the sixties, the Democratic and Republican parties completely changed their political polarities. During that time conservatives flooded the Republican Party, and liberals became Democrats. So let there be no doubt about it, conservatives have ALWAYS been this nation’s bigots, regardless of what political party they were in. The very word “Conservative” means to “Conserve” past traditions, including bigotry – both racial, and economic.

Alexander Hamilton, was one of this nation’s conservative founding fathers. He believed that only those who owned property should even be allowed to vote. He also said:

“All communities divide themselves into the few and the many. The first are the rich and wellborn, the other the mass of the people…. The people are turbulent and changing; they seldom judge or determine right. Give therefore to the first class a distinct, permanent share in government. They will check the unsteadiness of the second, and as they cannot receive any advantage by a change, they therefore will ever maintain good government.” Debates of the Federalist Convention (May 14-September 17, 1787). 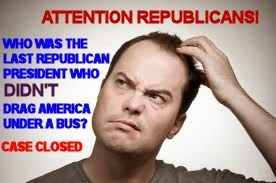 But the founding fathers who believed in true democracy voted Hamilton’s philosophy down. That didn’t cause conservatives to quietly walk away, however. Instead, they began to use their wealth, power, and influence to divide the people, and they’ve been using that tactic ever since. They had to, because their political philosophy is so hostile to democracy that they’re forced to use subterfuge just to survive – and two of their primary tactics involve the manipulation of the under-educated to stir fear, hatred and greed, and treason, which they never hesitate to use against the American people.

There are several examples of conservative treason in just recent history. In 1968 when President Lyndon Johnson was attempting to negotiate a peace agreement in Vietnam to save American lives, the New York Times reported the following:

Conservative, “Richard M. Nixon told an aide that they should find a way to secretly “monkey wrench” peace talks in Vietnam in the waning days of the 1968 campaign for fear that progress toward ending the war would hurt his chances for the presidency, according to newly discovered notes.

“In a telephone conversation with H. R. Haldeman, who would go on to become White House chief of staff, Nixon gave instructions that a friendly intermediary should keep “working on” South Vietnamese leaders to persuade them not to agree to a deal before the election, according to the notes, taken by Mr. Haldeman.”

In addition, an article in Wikipedia pointed out that “In 1979, One of the leading national issues during that year was the release of 52 Americans being held hostage in Iran since November 4, 1979. Reagan won the election. On the day of his inauguration—in fact, 20 minutes after he concluded his inaugural address—the Islamic Republic of Iran announced the release of the hostages.

The timing gave rise to an allegation that representatives of Reagan’s presidential campaign had conspired with Iran to delay the release until after the election to thwart President Carter from pulling off an “October surprise“.  So, let’s get this straight. Ronald Reagan colluded with Iran to continue to hold American citizens hostage until after an election.

For the sake of brevity, I’ll just mention in passing how Ronald Reagan flooded the inner cities with crack cocaine to fund his private war in Nicaragua, and how 47 GOP senators tried to sabotage President Obama’s efforts to negotiate a nuclear arms agreement with Iran.  PBS reported:

“Monday’s open letter from 47 GOP senators marked an unusually public and aggressive attempt to undermine Obama and five world powers as negotiators try to strike an initial deal by the end of March to limit Iran’s nuclear programs.” 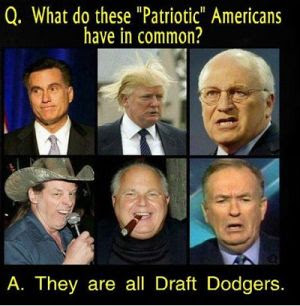 So, while conservatives have a tendency to strut around with flag pins in their lapels, wrap themselves in the American flag, and claim to be such super-patriots, they are none of these things – in fact, for the most part they are irresponsible, self-serving, and cowardly traitors.

When this country called upon Donald Trump to serve during the Vietnam War, in spite of being an athlete in school, he went limping into the draft board with a note from a doctor claiming his feet hurt. The doctor in question was a tenant in one of his father’s buildings. Dick Cheney and Rush Limbaugh did a variation of the same – Limbaugh claiming to have had a boil on his fat ass.

So, you see, dying for your country is the job of the little people – “the losers.” But interesting enough, now that these rabid conservatives don’t have to placed their own lives on the line for the country, all of a sudden they’ve morphed into “Love-it-or-leave-it” super-patriots. It’s the kind of gross hypocrisy that’s a sickening thing to watch. But their conservative followers completely ignore their cowardly hypocrisy and false patriotism, because these men cater exclusively to their supporter’s fear, hatred, and greed. 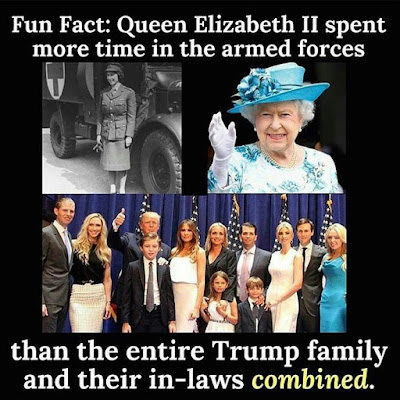 And Donald Trump is the worst of them all. He’s not only a hypocrite and a coward, but he’s protecting, and passionately embracing some of our most aggressive adversaries, while calling the men and women who have dedicated their lives to protecting this country “the enemy of the people.”

Trump appeals to the very worst in this country’s nature – ignorance, selfishness, hypocrisy, and bigotry – so, anyone who supports him is un-American by definition, regardless to how they try to justify it. 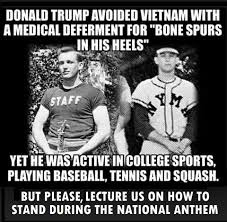 Religious bigotry: It’s not that I hate everyone who doesn’t look, think, and act like me – it’s just that God does.

Eric L. Wattree is a writer, poet, and musician, born in Los Angeles. He’s been a columnist for The Los Angeles Sentinel, Black Star News, The Atlanta Post, and is a member of the Sigma Delta Chi Society of Professional Journalists. He’s also the author of “A Message From the Hood.”