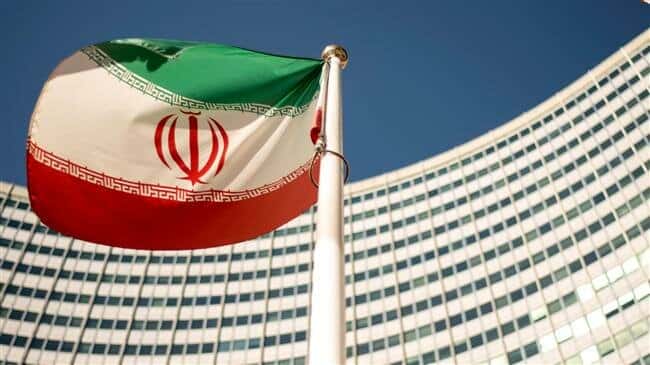 [ Editor’s Note: VT was right once again, and we pummeled this story as soon as it came out, ridiculous on its face. If Iran had something nuclear it was hiding, it would be in one of its secure underground facilities.

While the IAEA news is welcome, I would chastise the organization for not having acted sooner, when Bibi’s false charge was in the news. The Israelis will now claim that the “material” was removed before the inspectors came.

But that will not fly, as such a “carpet cleaning” facility had no security. The story seemed to have been created by Israel’s Hollywood friends with that old theme of “hiding right out in the open, the last place people would ever look.”

Corporate media spread the fake news story far and wide, when even a cub reporter from the old days would have smelled a rat in two seconds. So goes the failure of America’s fifth estate to keep us informed.

At the other end of the fake Iran nuclear weapons story, we clearly see Iran putting its limited defense money into places were it has the most value, in traditional warfare. Its top concerns have been in electronic warfare, domestic defensive missile development and basic military infrastructure for defense against attacks, even if under sanctions at the time.

They have also been investing in a small boat navy to defend its coast line. Their subs are a gamble because, if they are not stealth ones, they are all gone on the first day of a war, with aerial torpedoes being dropped on them… Jim W. Dean ]

The UN nuclear agency says it has inspected a site in Tehran which Israeli PM Benjamin Netanyahu last year described as a “secret atomic warehouse” but it turned out to be a carpet cleaning facility.

Netanyahu claimed at the United Nations in September that the site housed 15 kg of unspecified radioactive material, citing it as testimony to his frivolous allegations that Tehran sought to obtain nuclear weapons.

The claim angered the International Atomic Energy Agency which has repeatedly confirmed the peaceful nature of Iran’s nuclear program after many inspections. At the time, the agency said it does not take information presented to it at face value and sends inspectors “only when needed”.

On Thursday, Reuters quoted three three diplomats familiar with the agency’s work as saying that IAEA inspectors have visited the site. One of the diplomats said the IAEA had been to the site more than once last month, the news agency reported. The others said the agency had been there, without specifying when.

“We have nothing to hide and any access given to the IAEA so far has been in the framework of laws and regulations and nothing beyond that,” Reuters also quoted an unnamed Iranian official as saying.

Quarterly IAEA reports say its inspectors have had access to all the places in Iran they have needed to visit, which IAEA chief Yukiya Amano repeated in a speech on Tuesday.

Such reports do not please Israel which has been stealing nuclear secrets and covertly making bombs since the 1950s.

Israel’s nuclear program has been an open secret since a disgruntled technician, Mordechai Vanunu, blew the whistle on it in 1986, but the official Israeli position is still never to confirm or deny its existence.

Israel also makes controversial claims against Iran’s nuclear program from time to time, which are often met with ridicule.

After the speech, many Iranians took selfies in front of the carpet cleaning center in Turquzabad which Netanyahu claimed was a “secret atomic warehouse”.