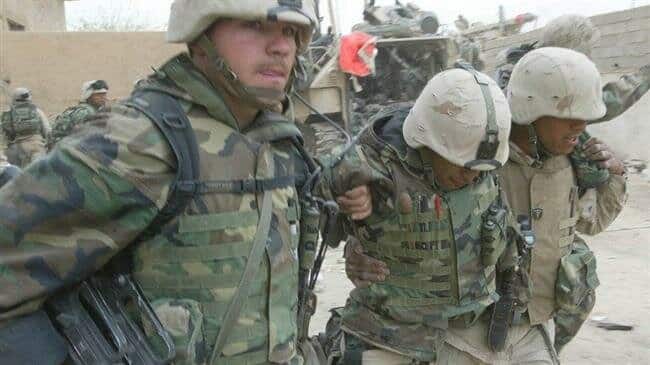 [ Editor’s Notes: It is one thing for the US and it military to lie over what secrets it has, but it is another thing to also lie to the America people. Why? Because it is an attack on our American democracy and the American people, that’s why.

Not only can an uniformed electorate not protect itself from such a abuse, but a misinformed one is even in greater danger. To make matters worse, our elected representatives have not viewed this as something they want to deal with head on for a variety of reasons.

One of these is they hide key information themselves and also misinform when it is to their political or personal benefit. One of the failures of our democracy is there are not enough provisions made to deal with such internal disloyalty effectively. We only have replacing bad apples during elections.

One way to fix it is to reform how Congress is run, starting with removing all internal oversight control over where they investigate themselves and the cover up whatever they please. Why shouldn’t the public have the final say on how the Senate and House are run, and be given the power to enforce it? Which would be more in the public’s interest?

Take ethics violations for example. They should be handled by outside tribunals of non-political professionals. Congress’ limited time should never be wasted on internal police actions.

The same could be said for military tribunals. Why should the military be allowed to investigate itself, when there is an obvious conflict of interest? The reason is, of course, so politically sensitive truths and persons can be covered up or protected.

I have seen no public interest for this, so the perpetrators have nothing to worry about now. Even worse, the public swims in a sea of conflicts to where its lack of focus is a permanent state, with social media being one of the key tools used to do this.

Our power over government declines more and more every year, and that is no accident, Color me worried, very worried… Jim W. Dean ]

Moscow has warned Washington over claims that Iran was behind the deaths of more than 600 US troops in Iraq, saying the allegation is aimed at escalating tensions with Tehran.

“We were surprised to read the statement by US State Department Special Representative for Iran Brian Hook, in which he claims that Iran is involved in the death of 600 US troops in Iraq,” said Russian Foreign Ministry spokeswoman Maria Zakharova on Thursday.

Zakharova stressed that the US needs to be held responsible for its provocative statements amid Washington’s extreme “anti-Iranian sentiment.”

“There is an impression that the US is thinking up another excuse to explain the escalation of relations with Iran if they deem it appropriate,” she said.

Zakharova’s comments come after Hook made the allegations citing a Pentagon report on Tuesday. Hook also stated that the US is not looking to grant any further sanction waivers to countries importing Iranian oil in a bid to ramp up pressure on Iran.

Warning of a new escalation of US pressure against Iran, Zakharova highlighted Washington’s occupation of Iraq in 2003 as a demonstration of the country’s “aggressive” foreign policy.

“There should be no doubt that American intervention against Iraq will remain in history as the gravest violation of international law and a de facto criminal act,” she said.

The spokeswoman further advised the US “not to look for excuses to start a new conflict, increasing the suffering throughout the world with its aggressive policy.”

The US, backed by the UK, invaded Iraq under the pretext that the regime of Saddam Hussein possessed weapons of mass destruction (WMD) in 2003. No such weapons were ever found in Iraq.

More than one million Iraqis were killed as a result of the invasion and subsequent occupation of the country, according to the California-based investigative organization Project Censored.

US policies in Iraq further led to the emergence of many terrorist groups in the country, ultimately leading to the creation of the infamous Daesh Takfiri terrorist group which overran vast swathes of Iraq and Syria in 2014.