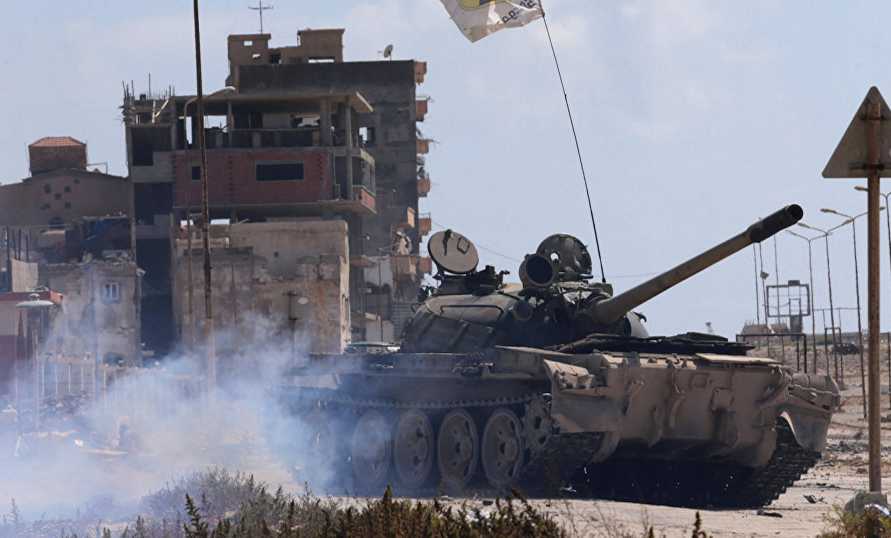 [ Editor’s Note: We have seen many final battles of the Libyan Civil War, and yet, it continues on. There is more then a hint of foreign involvement, as the Libyan people would have exhausted themselves into a settlement before now.

Welcome to Neocolonialism in the 21st century. Tripoli appears to be up for grabs with General Haftar’s three pronged advance on the capital, but no major fighting along fixed lines has begun.

Will the Tripoli Government of National Accord (GNA) military forces make a last stand to hold onto the city? Despite the UN having backed the GNA, does the UN have the power to stop Haftar’s advance, by threatening oil export sanctions when prices are already spiking?

It is anyone’s guess at this point, and you will not see me betting even a dollar on how all this will play out. Libya is nothing if not unpredictable. But for the Libyan people, I hope their political suffering is over soon… Jim W. Dean ]

According to Al Jazeera, aircraft from the Government of National Accord (GNA) have conducted an airstrike against troops from the Libyan National Army (LNA), led by Field Marshal Khalifa Haftar, 80 kilometres south of Tripoli.

The broadcaster reported that the airstrike was conducted in the city of Gharyan, earlier seized by the LNA without any clashes. Following the reports, the LNA announced the establishment of a no-fly zone over the western part of the country.

“The Libyan Army declares the western region of the country to be a zone of military operations and is imposing a ban on flights of combat aviation in this area”, the LNA statement, cited by Al Arabiya, said. “We will strike any airports in the west from which combat aircraft carry out their missions”.

The military also said that their units have gained full control over Tripoli International Airport, located 34 kilometers (21 miles) from the Libyan capital, which has not been in operation since 2014 as its infrastructure was significantly damaged.

“In an unprecedented historical event for the residents of Libya, the [LNA] has just established control over the whole Tripoli International Airport”, the press service of LNA said in a statement, seen by Sputnik.

A source in the LNA previously told Sputnik that the forces had already captured several settlements and key positions to the west, south, and southwest of Tripoli, including Gharyan, Al-Swani, Janzur, and a checkpoint, located in the Wershiffana area.

The LNA offensive began on Thursday, with Haftar stating he aimed at “liberating Tripoli from terrorists”. 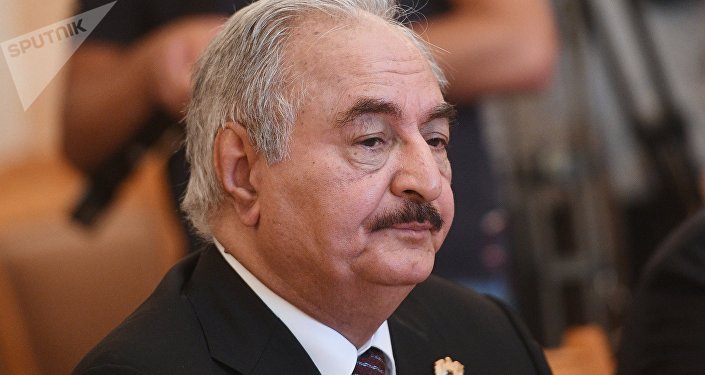 © SPUTNIK / VLADIMIR ASTAPKOVICH
Libyan GNA Chief Sarraj Agrees to Meet With LNA’s Head Haftar Who Rejects Option – Reports
The conflict between the factions continues to escalate, despite the talks that Haftar and Libyan Prime Minister Fayez Sarraj, who heads the UN-supported GNA, held in February. During the negotiations, both sides agreed to unite state institutions and hold general elections in the country by the end of the year.

As a result of a years-long series of conflicts that erupted following a rebellion and murder of the ex-head of state Muammar Gaddafi, there has been no single central government in Libya.

The Tobruk-based parliament, elected in 2014 and backed by the LNA, governs the east of Libya, while the GNA, established in 2015, controls Libya’s western parts from Tripoli.