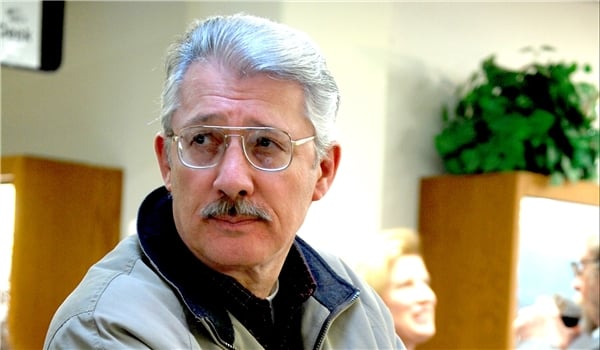 Dr. Rasmus believes the US president bragged about wage gains of the average and low-paid US workers, as more than half of them have reportedly received no wage gains in 2018.

Jack Rasmus, Ph.D Political Economy, is an author, journalist and radio host. He was an economist and market analyst for several international companies and US unions.

Below is the full text of the interview conducted by FNA:

Q: The US has been experiencing higher GDP under President Trump in the last 2 years. Is this economic growth shared with average or low-paid Americans?

A: The Trump tax cuts passed in early 2018 amounted to more than $4.5 trillion over the decade to wealthy households, businesses, investors and corporations, which have been ‘front-loaded’ in 2018. Offsetting this are $1.5 trillion in tax hikes for wage earners, that begins to hit this year and accelerates after 2022. Assumptions about 3% GDP growth for another decade, with no recession, produces a further offsetting of $1 or more. The result is the $1.5 trillion reported by the press. The $4.5 trillion cuts for business and investors have not gone into real investment and generated the Trump 2017-18 GDP growth rates.

Real investment in structures and equipment declined steadily over 2018 as the Trump tax cuts took effect: measured in percent terms compared to the preceding quarter, residential construction was negative every quarter in 2018. Commercial construction, with a lag, turned negative in the second half of 2018. And equipment spending fell from 8.5% in the first quarter to 3.4% by October 2018.

So if the Trump tax cuts did not go into real investment, creating real employment or real GDP, where did it go? It went into stock buybacks, dividend payouts, and M&A activity. Several US banks’ research departments estimate buybacks plus dividends for just the Fortune 500 largest companies in the US will reach a record $1.3 trillion in 2018. Add the largest 2000 or 5000 companies and its close to $2 trillion. Hundreds of billions more for M&A. This diversion of the Trump tax cuts to financial markets is the main determinant driving stock markets (even after corrections) and other financial asset markets.

The government grossly over-reports wage gains for the average and low paid workers in the US. An independent source reports show that more than half of US workers received no wage gain at all in 2018. The official reported wage gains of 3% are skewed to the top 10% of the labor force and, moreover, the data is for full time employed only. So average workers at best stagnated, with most experiencing a decline in real wages. The rate of inflation in the US is under-estimated for median worker family households, and inflation is rising for rents, medical, education, and other major items in household budgets. So the immediate future will mean even less real wage gains for the majority of US workers. If they were doing so well, as Trump and even the press report, why is it that 7 million of them have defaulted on their auto loans? And why is credit card, auto loans, and education loan debt now all over $1 trillion each?

Q: The US has a population of over 325 million people with undocumented immigrants estimated to be somewhere around 10 to 12 million people who are mainly the lowest paid workers. Do you believe in President Trump’s claim of immigrants’ invading American economy?

A: Immigrants are certainly not invading. The 10-12 million number has been stable for several years. And for immigrants for some countries, like Mexico, the numbers are in sharp decline. It is true that more immigrants are coming from Central American countries like Honduras, Salvador and Guatemala. But that is due to the economic crises and violent breakdown of the social order in those countries, which is due largely to US support for the corrupt elites of those countries who encourage the gang violence in their countries and do nothing about the economic crises. If there is a problem with immigration in the US, it is a problem of highly educated tech workers being brought in on H1-B and L-1 visas, and rich Asians who can buy themselves a ‘green card’ residency by promising to spend $50,000 when they come. These groups are taking the real jobs, the high paying tech and other professional jobs and have been since the 1990s. But Trump is agreeing with the US tech companies to keep bringing them in, taking jobs US workers should and could get. Trump’s immigration policy and draconian action against immigrants from Latin America and elsewhere is about his re-election plans in 2020. By creating ‘enemies’ within and outside the US, he diverts his political base from the real problems of America. Blame the foreigner in our midst has always been a useful fascist argument. And Trump is marching down that road, as witnessed in his latest Constitutional power grab by declaring national emergencies to build his Wall and invoking phony national security to justify his trade wars.

Q: Donald Trump represents the capitalist economy, which has not worked well for the majority of Americans. Do you believe the widening gap between the rich and the poor in his era can boost Americans’ interest in socialism?

A: The income and wealth gaps in the US are not only widening but doing so at an accelerating pace. US neoliberal policy under Obama was to subsidize capital incomes through Federal Reserve cheap money and by extending and expanding his predecessor, George W. Bush, tax cuts for business and investors. Trump policy has accelerated the tax cuts and now stopped the Fed from raising interest rates. The direct consequence is booming stock and corporate bond markets, fed by $1 trillion annual stock buybacks and dividend payouts every year since 2011 (now at record $1.3 trillion in 2018). As wage incomes for the 90% of Americans remain stagnant, barely rise, or decline, the direct consequence is accelerating income inequality and wealth gaps.

Will this boost interest in socialism? It already has. A clear majority, well over 60%, of people aged 34 and younger in the work force, have indicated in various recent polls that they prefer socialism over capitalism. It’s not by accident, therefore, that Trump and the US business press has been launching an offensive to attack the idea of socialism once again. This shift in public opinion will continue as the Trump policies continue to create a growing gap in income, wealth and opportunity in America.