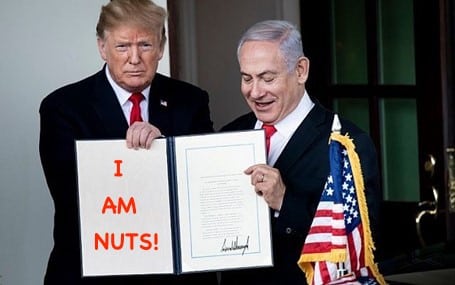 On Tuesday, Israeli citizens will cast their votes for either current Prime Minister Benjamin Netanyahu who has served well for 13 years, or they may vote for the centrist and former military commander Benny Gantz. Many support Netanyahu and he is certainly the favored candidate by the United States and many western nations. Gantz served admirably as a military leader for many years.

Gantz has campaigned along a more centrist line and has accused Netanyahu of being in a legal jeopardy due to recent allegations of corruption. However, sources have alleged that Israeli police have concocted allegations to place a cloud over Netanyahu in order to give Gantz a competitive chance. This may prove to be political suicide as many Israelis see the police allegations as a cheap political move prior to elections. Israeli citizens are not naïve and see through this type of rhetoric aimed to under mind their long-serving and successful Prime Minister.

Tuesday will be a tell-tale sign for many things to come and what types of changes will occur within the region. The world will be watching since so many different and varying interests are at stake dependent on the results of the Tuesday elections. Regardless of the winner, Israel has a mountainous task of developing a regional plan of stability and security for the future involving all of their citizens, as well as their neighboring countries.