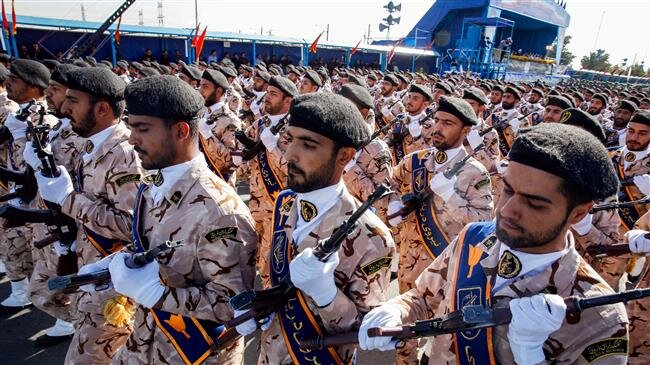 [ Editor’s Note: We had been waiting for this to happen, as Iran could not take its Islamic Revolution Guard Corps being labeled a terror org lying down.

But we are crossing over into an unknown region with this tit-for-tat move. Such designations lay the groundwork for “pro-active” counter terrorism moves, with the US setting a good example with its long criticized drone program.

Even the lower ranking video trigger pullers have admitted they had fired on “unsure” targets, yet the US military immunity protected all involved, up and down the line.

If the US or Israel, including its contractors, attack the IRGC and it responds, then we could see what might be the goal of the US kicking off this designation of an entire military force as a terror group. It provides tripwires to launch fancy weapon retaliation strikes, and stokes the fires for a new war.

For someone like Trump, this would polish up his paper-thin street cred as a war-time leader, something he is savvy enough to figure will help his 2020 campaign. He would not be the first head of state to play with the lives of its soldiers for political gain.

I fear this will get worse before it gets better… Jim W. Dean ] 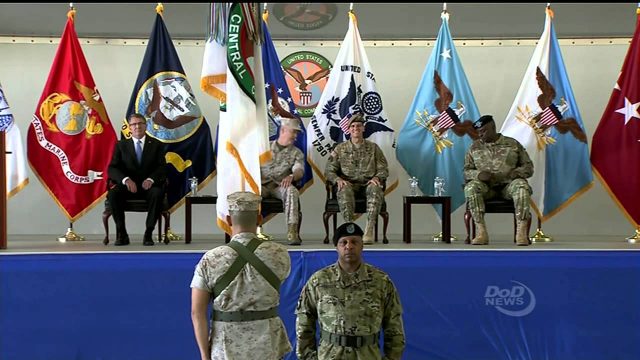 Iran’s Supreme National Security Council (SNSC) has slammed the US government as “supporter of terrorism,” designating American forces in West Asia, known as the United States Central Command (CENTCOM), as a “terrorist organization.”

In a statement on Monday, the Iranian top security council said the designation came as a “reciprocal measure” against US President Donald Trump’s “illegal and unwise” move to blacklist Iran’s Islamic Revolution Guard Corps (IRGC) as a foreign terrorist organization.

Trump said in a statement earlier in the day that the Iranian elite forces’ designation “makes crystal clear the risks of conducting business with, or providing support to, the IRGC. If you are doing business with the IRGC, you will be bankrolling terrorism.”

The SNSC strongly condemned the “illegal and dangerous” move by the US regime against the IRGC and said, “The Islamic Republic of Iran regards this baseless move as a major threat to regional and international peace and security and a blatant violation of the compelling rules of international law and the United Nations Charter.”

It added that CENTCOM has been tasked with implementing terrorist policies of the US government against countries in West Asia, noting that CENTCOM’s effort to impose those policies has endangered Iran’s national security and the lives of both Iranians and non-Iranians, including through participation of the US in the massacre of the Yemeni people and other civilians in the West Asia region.

Iran’s SNSC also warned that the US regime “will be responsible for dangerous consequences” of this adventurist measure.”

Earlier in the day, Iranian Foreign Minister Mohammad Javad Zarif proposed that the SNSC should add American forces in West Asia to its list of terrorist groups in the Islamic Republic.

In his letter to Iranian President Hassan Rouhani, who also chairs the SNSC, Zarif said given overt and covert support of US military forces in the region for terrorist groups and their direct involvement in terrorist acts, the SNSC should designate American forces as terrorists based on a law titled “Countering America’s Human Rights Violation and Adventurous and Terrorist Actions” passed by the Iranian Parliament in 2017.

The US has already blacklisted dozens of entities and individuals affiliated with the IRGC, but not the entire force.

Syria condemns US designation of IRGC as ‘terrorist’ organization

In a related development on Monday, an official source at Syria’s Foreign and Expatriates Ministry said Damascus strongly condemned the US government’s designation of the IRGC as a ‘terrorist’ organization, describing it as a flagrant violation of the sovereignty of Iran.

According to Syria’s official SANA news agency, the unnamed official added that the US administration’s “irresponsible step” was part of the declared war launched by the US against Iran.

The Syrian official further noted that Trump’s announcement was meant to meet the interests of the Israeli occupation regime and was in line with the West’s colonial project in the region.

“The US measure is a legion of honor for and recognition of the pioneering role of the IRGC in defending Iran’s sovereignty and its … important role in the resistance front,” the source added.