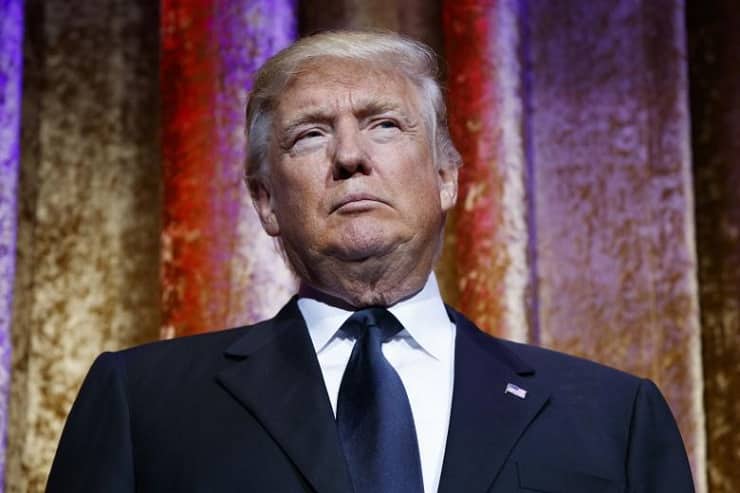 America’s military adventures, domestic and foreign, have had racist components, with frightening consistency for well over two centuries. Ethnically cleansing the continent of its indigenous population of up to 10 million, allowed America to spread from Atlantic to Pacific.

Once on the Pacific shore, the drive to make that ocean an “American lake” began. War with Spain in 1898, with Japan in 1941, followed by Korea and then Vietnam, America’s military history was strewn with racist stereotypes, polluting the language with terms best forgotten.

The only exception has been Germany and Russia, nations of origin for much of America’s white population. There programs of demonization created a century of conflict. Though controversial, an examination of America’s role in nurturing two world wars and a half century Cold War is more than supportable, once one looks behind the fabricated historical narrative foisted on the public.

With these exceptions, a major component of global policy has been not just racist propaganda. It goes much further, dehumanization of a majority of the world’s population of color and vilification of an increasingly comprehensive list of ethnicities, nationalities and religions.

Trump, it seems, has taken it all to a new level, but he didn’t invent racism, not in America. He simply tapped, under the guise of “populism,” something long instilled into the psyche of a nation that was created by ethnic cleansing.

One might note that the world had already been divided by the colonial powers of Portugal and Spain, in accordance with the Treaty of Tordesillas of 1494. You see, after Columbus returned from the New World, it was necessary for the Catholic powers to come to agreement or descend into conflict.

It was Rodrigo Borgia, known as Pope Alexander IV, who established a meridian, dividing the planet between the two small Iberian nations. By 1580 the two nations became one and in 1588, with the destruction of the Spanish Armada, world conquest had slipped away. Still, Latin America, with the exception of Portuguese Brazil, would remain Spanish, a Latin America that included Florida, Texas, California and the entire Southwestern United States.

As an aside, Spain’s northern neighbor on North America’s Pacific Coast was Russia.

On March 31, Fox News, owned by Rupert Murdoch, whose real background as one of the crown princes of the Deep State known only by a very few, flashed a bizarre headline on the screen during one of their broadcasts. The show was “Fox and Friends,” where Donald Trump is a regular guest. The headline, even by Fox News standards was a serious gaff, goes as follows:

Trump didn’t say this, but he had said worse. The nations referred to, El Salvador, Guatemala and Honduras, are and have been politically unstable for decades, mostly due to American interference in their governments. In 1933, Major General Smedley Butler, two-time winner of the Medal of Honor, made the following statement during a speech:

“War is just a racket. A racket is best described, I believe, as something that is not what it seems to the majority of people. Only a small inside group knows what it is about. It is conducted for the benefit of the very few at the expense of the masses.

I believe in adequate defense at the coastline and nothing else. If a nation comes over here to fight, then we’ll fight. The trouble with America is that when the dollar only earns 6 percent over here, then it gets restless and goes overseas to get 100 percent. Then the flag follows the dollar and the soldiers follow the flag.

I wouldn’t go to war again as I have done to protect some lousy investment of the bankers. There are only two things we should fight for. One is the defense of our homes and the other is the Bill of Rights. War for any other reason is simply a racket.

There isn’t a trick in the racketeering bag that the military gang is blind to. It has its “finger men” to point out enemies, its “muscle men” to destroy enemies, its “brain men” to plan war preparations, and a “Big Boss” Super-Nationalistic-Capitalism.

It may seem odd for me, a military man to adopt such a comparison. Truthfulness compels me to. I spent thirty- three years and four months in active military service as a member of this country’s most agile military force, the Marine Corps. I served in all commissioned ranks from Second Lieutenant to Major-General. And during that period, I spent most of my time being a high-class muscle- man for Big Business, for Wall Street and for the Bankers. In short, I was a racketeer, a gangster for capitalism.

I suspected I was just part of a racket at the time. Now I am sure of it. Like all the members of the military profession, I never had a thought of my own until I left the service. My mental faculties remained in suspended animation while I obeyed the orders of higher-ups. This is typical with everyone in the military service.

I helped make Mexico, especially Tampico, safe for American oil interests in 1914. I helped make Haiti and Cuba a decent place for the National City Bank boys to collect revenues in. I helped in the raping of half a dozen Central American republics for the benefits of Wall Street. The record of racketeering is long. I helped purify Nicaragua for the international banking house of Brown Brothers in 1909-1912 (where have I heard that name before?). I brought light to the Dominican Republic for American sugar interests in 1916. In China I helped to see to it that Standard Oil went its way unmolested.

During those years, I had, as the boys in the back room would say, a swell racket. Looking back on it, I feel that I could have given Al Capone a few hints. The best he could do was to operate his racket in three districts. I operated on three continents.”

Butler may have been the only 20th century military commander ever to speak out openly with the exception of General George Patton. Crushing the military careers of each became a major goal of Washington’s “fat backside” ruling order. Butler was, at one time, put under arrest for citing an incident where Italy’s Fascist leader Benito Mussolini ran down a child with his automobile, thinking little or nothing of it.

You see, Mussolini was quite popular in Washington as was Adolf Hitler, Time Magazine’s “Man of the Year” in 1940.

Patton, sharing the title of “America’s Greatest General” with Robert E. Lee, was repeatedly removed from command and, in all probability assassinated, most likely for his open defense of the German people who he was ordered to starve to death under American occupation.

With Mexico, South and Central America, the air of racism that now floods Washington, wildly inaccurate stories about massed assaults on America’s Southern border, are little more than a distraction from America’s targeting of nation after nation in that region, a follow up to America’s dismal failures in Afghanistan and Syria.

When we add this to fake reports of “no go zones” in America’s cities where imaginary Sharia Law is enforced by an Islamic population made up largely of business owners and highly educated professionals, the majority of whom are conservatives with ties to Trump’s own party, and the newfound war on, well whom?

One might ask why the continual focus on transsexuals. In 70 years, I haven’t knowingly met one yet I am warned, on a daily basis, of the threat they pose to my moral well being.

For those of us, the “baby boomers,” born during or after the Second World War, born in an America that was over 90% “whites only,” few accurately remember the highly charged atmosphere of our youth, race hatred and fear permeated everything. “Good negroes” swept our floors, cleaned our homes, those of us, and I was hardly one of “those,” who could afford such things. The “rest,” were purported to be “layabouts” or violent criminals.

Few of us ever met these criminals who did exist, but not in the numbers or under the circumstances alleged. In fact, the most radically racist states, Montana, Wyoming, Nebraska, Kansas, I could add a dozen more to the list, had no African American population whatsoever. What residents of these Red States knew then and know now is based on what they see on television.

A reminder, much of what is on television or even the print media, is made up by people working for Rupert Murdoch. In fact, Donald Trump watches nothing that isn’t Rupert Murdoch approved. Donald Trump doesn’t read anything at all, ever.

A question, can we look back to 9/11 as a watershed event, replacing the hatred of African Americans with fear and hatred of Muslims? Was this done to polarize a sector of America voters, one sector motivated by fear and hate, while other sectors drown in ambivalence and hopelessness? Is this how America is ruled, though fear and racism fed “populism?”