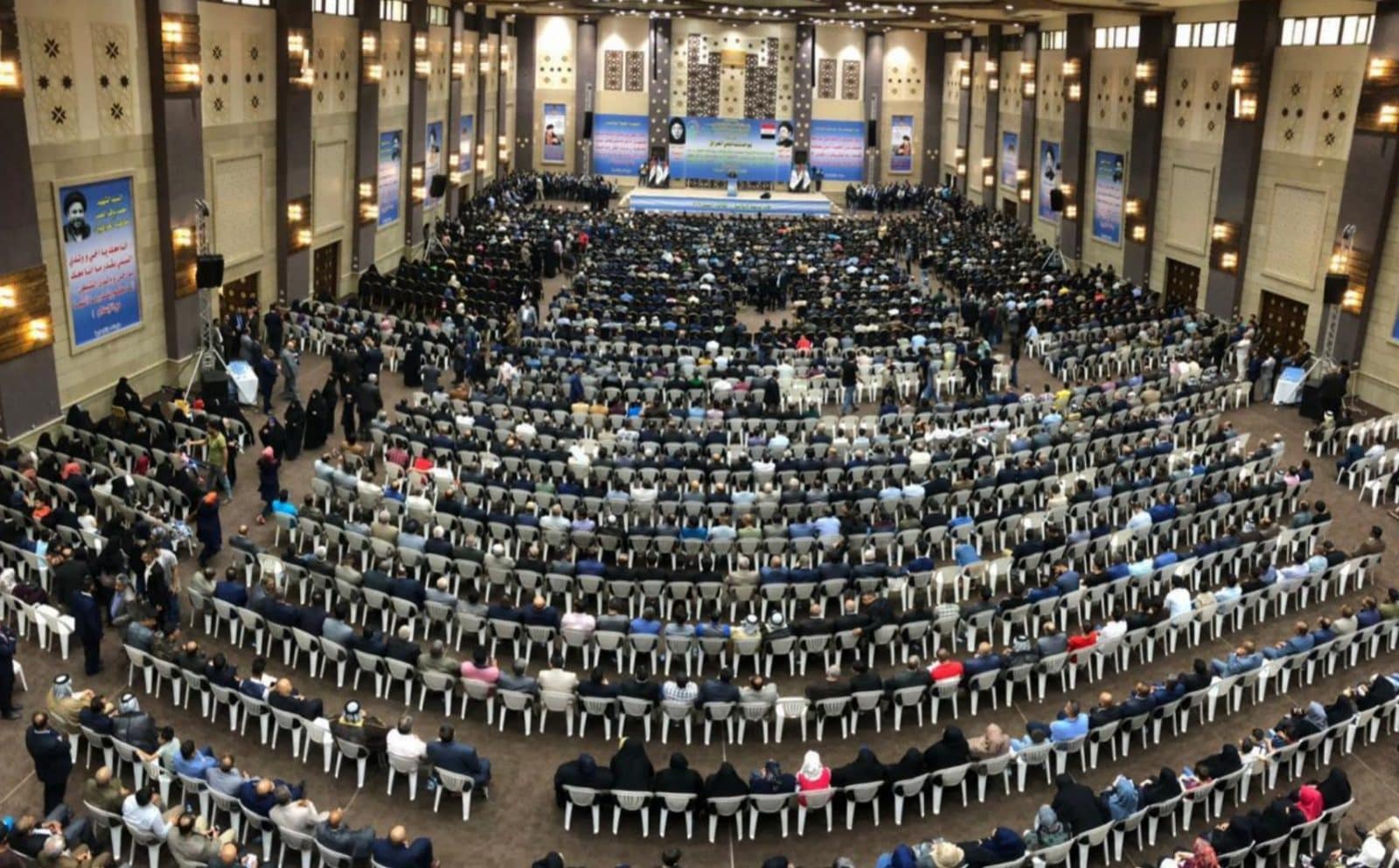 Secretary-General of the Islamic Dawa Party, Nuri al-Maliki, said in his speech:

On this occasion, we meet with the thought that was an original Islamic thought that the nation was in dire need of. The Martyr Sadr led an integrated civilization project that sees life in balance so that everyone will proceed with a balanced march towards perfection, construction, dignity and dignity. The martyr Sadr had a great immortal effect in reaching as far as Iraq is now. 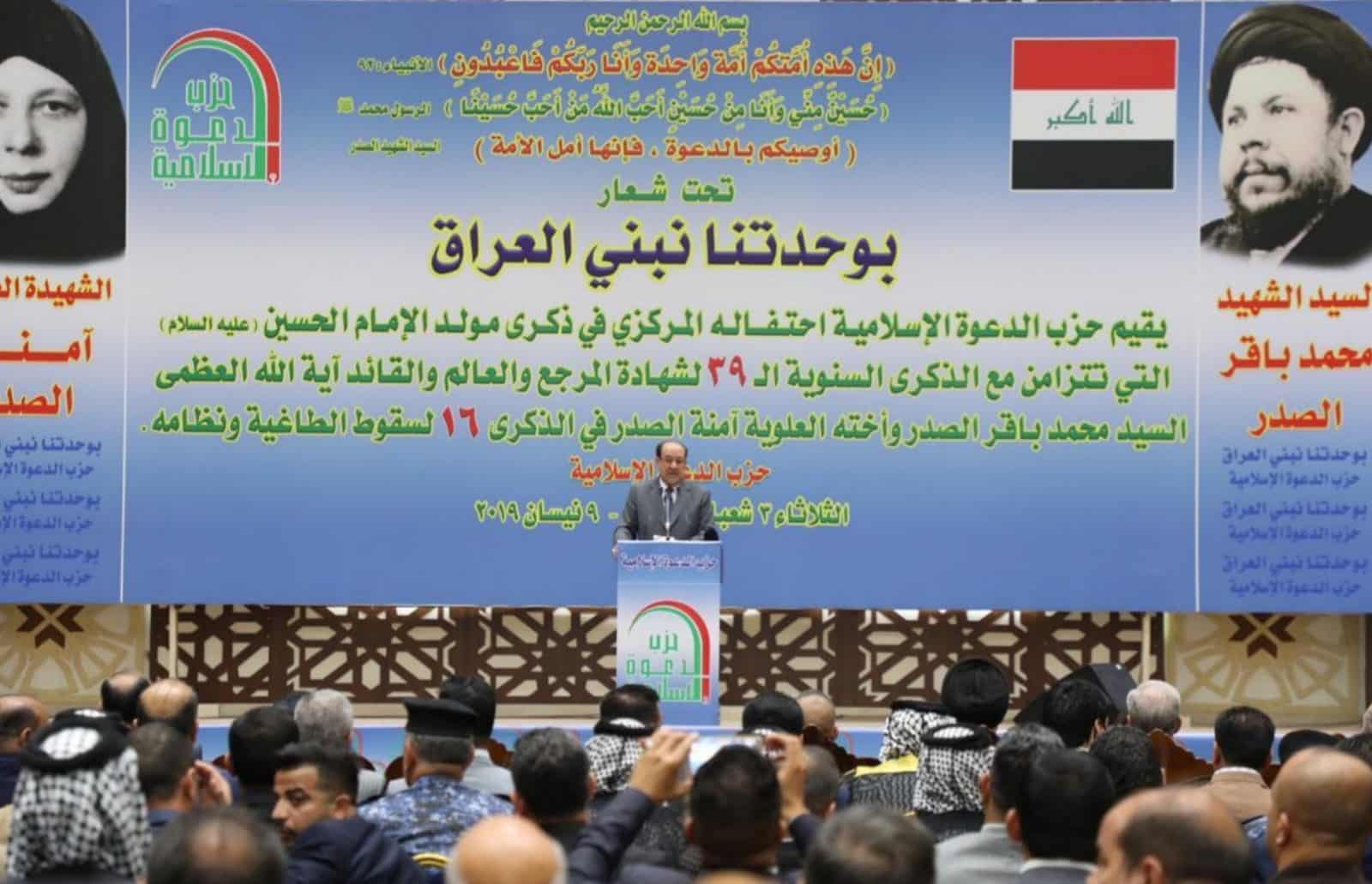 “We emphasize the building of a state based on the law and the constitution, because we can not live and we can not return our country and our people if we do not resort to this ceiling, which we keep all of them.

“All components must feel that they are the sons of Iraq on an equal footing and respect the will and dignity of all. We can achieve a cohesive society only by spreading the spirit of love, tolerance and respect among the components that form the Iraqi spectrum,” he said. 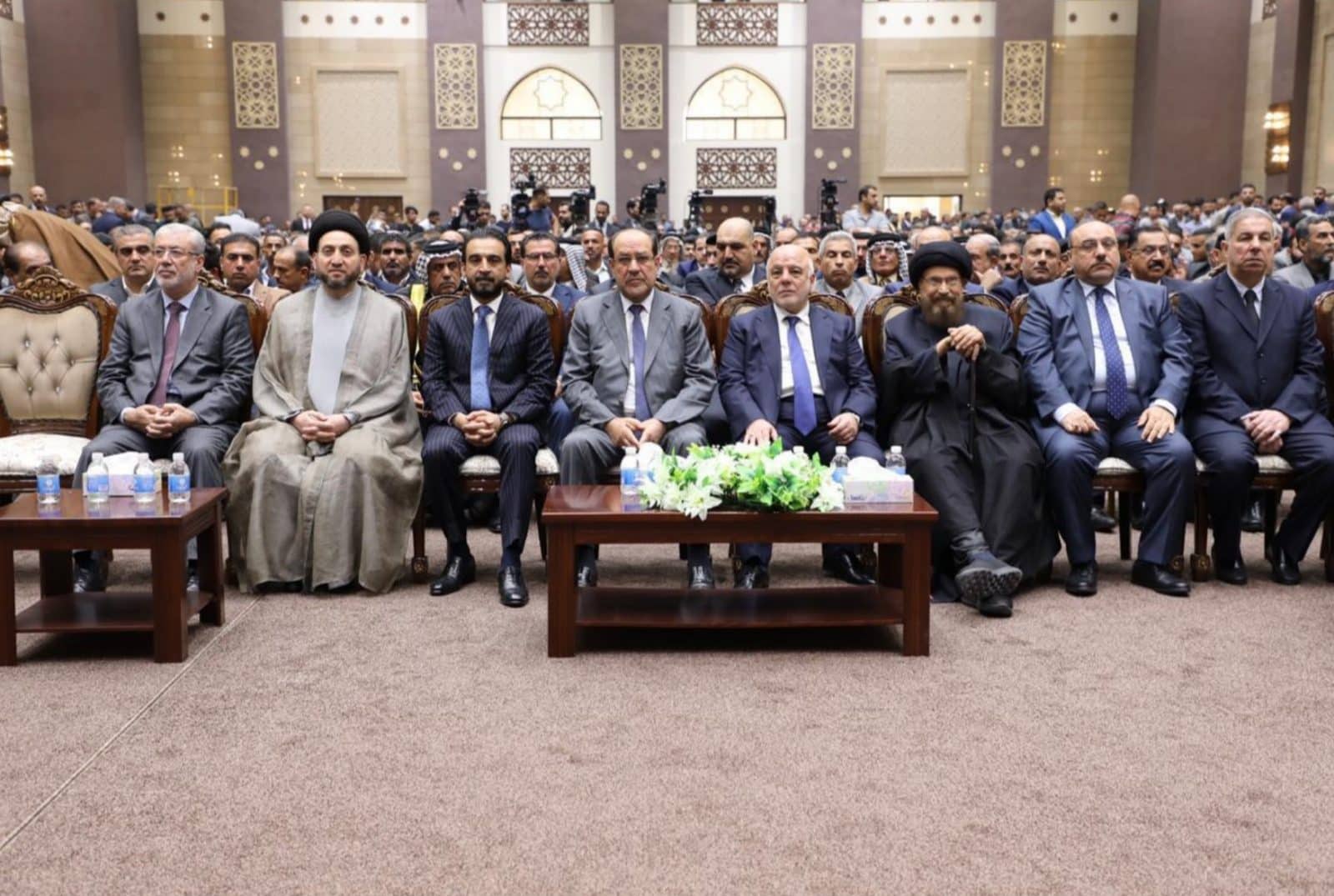 Maliki stressed that we want an Iraq with political relations with all countries of the world based on mutual respect and we welcome every step of the relations and openness to Iraq, but in accordance with the principles of dialogue and mutual cooperation and common interests.

In the speech of the head of the political bureau of the party, Dr. Haider al-Abadi spoke about the bilateral good and evil, embodied in this day, which is the anniversary of the testimony of Mr. Sadr and the fall of the tyrant and his former party.

Dr. Abbadi said that we stand today in the hands of the ninth of April, where the anniversary of martyrdom certificate of good, .. And where the anniversary of the fall of the Baath symbol of evil, .. And life is only a bilateral struggle ideas and wills and projects good and evil in the movement of history and our ages and activities and what we say and do and produce what Is only a ploy to this conflict in its historical manifestations.

Dr. al-Abbadi said that Imam al-Sadr was a good project for life, man and the state, and we have to recognize Sadr as a comprehensive good project, and that all we practice and address must be subject to the criterion of good for people and the state and the homeland and not for the good of ourselves and our parties and our narrow identities. And offer, blood and earth, and no good in any work does not make these Almashadeq title and illusion and purpose.

Abadi pointed out that the positions and addresses are the responsibility sites for the embodiment of good and the payment of evil on man, land and the future, and if the positions turned to privileges will be evil to the earth and its people, because it will be a credibility of the ego and evil and excellence and arrogance.

Abadi said that our state today and after the fall of the regime of tyranny, discrimination and adventure in dire need of good projects to pay for the evil and its people and land and its benefits and sovereignty, and our state today needs a project unitary development capable of remedying the legacy of the heavy past stations and failures and failure to assume the responsibilities of the State Administration, Effective governance capable of carrying out the burden of construction, reconstruction, development and preservation of the state entity, a national good task that lies with us all.

The ceremony was attended by a public and a mass rally to commemorate this occasion and was held on the sidelines of the exhibition of the works of Mr. Mohammed Baqir al-Sadr and his sister Alawiya Bint al-Huda and a picture of martyrs.