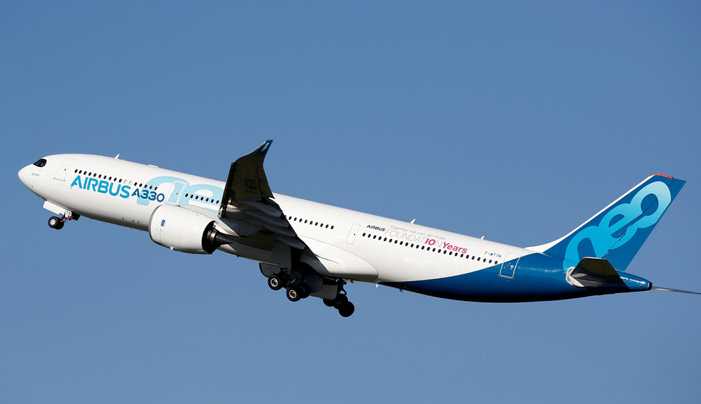 US will ‘put tariffs on $11 billion of EU products’ – Trump

[ Editor’s Note: Trump has a hollow victory on this WTO Airbus decision, as Boeing is heavily subsidized by the US via all of its “cost plus” military contracts.

It has been this way for ages, for the solid economy of scale that theoretically produces a lower cost per unit. But this sure as hell has not worked with the F-35, where the cost plus aspect of the contract keeps shoveling out money to manufacturers to fix their own mistakes.

The EU will impose counter tariffs on US products, where the big US deficit will continue, with more US businesses getting more Trump economic showmanship that is geared more toward grabbing headlines than solving long term economic issues.

Soybean farmers in the Midwest going bankrupt due to the Trump China sanctions is just one example. Hopefully, the geopolitical sparring will eventually lead to a reasonable settlement, but I would not hold my breath, as it is not a foregone conclusion.

That this WTO case took a decade to complete shows what a failed system the WTO itself is, another parasite on the world economic system, extracting money from it with often questionable benefits. But the lawyers always win.

Nothing will basically change until the approach to solving these problems really changes. And I will leave you with that riddle for today… Jim W. Dean ]

US President Donald Trump has vowed to impose import tariffs on $11 billion worth of goods from the European Union after the World Trade Organization (WTO) ruled EU subsidies to Airbus caused “adverse effects” to the US.

Earlier this week, the US Trade Representative (USTR) said Washington was mulling tariffs on a wide range of European exports to the US, including large commercial aircraft and parts, as well as wine, cheese, and dairy products.

The World Trade Organization finds that the European Union subsidies to Airbus has adversely impacted the United States, which will now put Tariffs on $11 Billion of EU products! The EU has taken advantage of the U.S. on trade for many years. It will soon stop!

The US threat has been sharply criticized by EU officials, who said the figure of $11 billion was “greatly exaggerated.” The bloc is reportedly weighing retaliatory measures against the US over Boeing subsidies. Airbus said it saw no legal basis for Washington’s move and warned of deepening transatlantic trade tensions.

The US filed its first WTO complaint against illegal subsidies provided by the EU to Airbus 15 years ago. Washington accused the European aircraft manufacturer of benefiting from the state aid. For more than a decade the sides have been involved in litigation over the issue, with Brussels making identical accusations against US subsidies for Boeing.

Despite the trade war against China and numerous import tariffs imposed on a number of countries, the US trade deficit hit a 10-year high of $621 billion last year, the US Commerce Department…

This is the latest chapter in the escalating trade tensions between Washington and Brussels which started shortly after Donald Trump took office in early 2017.

After ending negotiations on the Transatlantic and Investment Partnership (TTIP), the proposed trade agreement between the US and EU, Trump imposed steel and aluminum tariffs on the EU and a number of other countries. The EU placed retaliatory levies on €2.8 billion worth of US goods, including bourbon whiskey, motorcycles, jeans and orange juice.