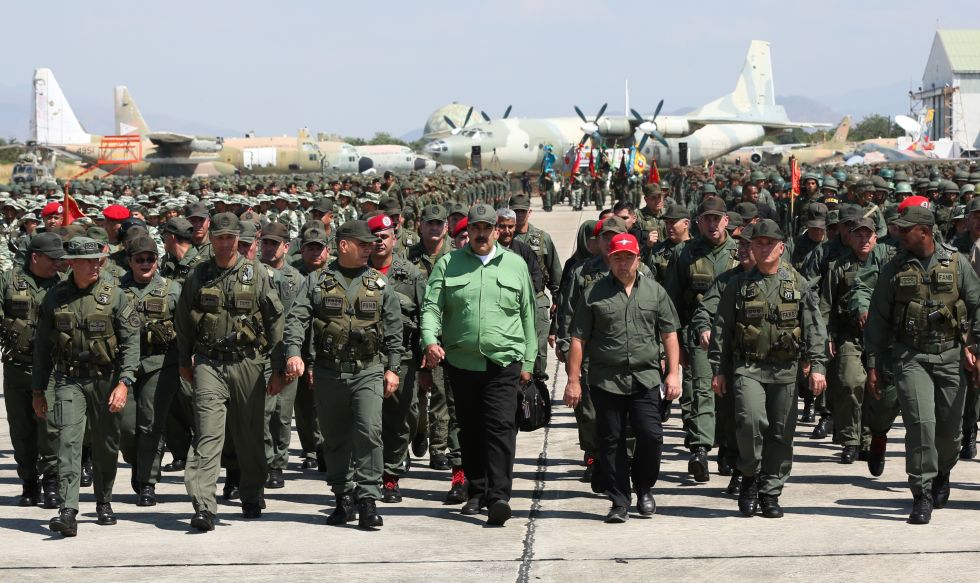 Brazilian President Jair Bolsonaro said on Monday he is working with the US government to sow dissent within the Venezuelan army. Bolsonaro, during an interview with Jovem Pan radio, and added if there is a military invasion in Venezuela, he would ask to seek the counsel of Brazil’s National Defense Council and Congress on what, if any, action his country should take.

“We cannot allow Venezuela to become a new Cuba or North Korea,” the right-wing president said.

Venezuela’s armed forces — especially the national guard, which is charged with domestic operations, like repressing protests — have strained under the country’s myriad crises, leading many to defect. But the military has remained cohesive and its leadership has stuck with Maduro; it and other armed groups are seen as the forces keeping him in power.

Bolsonaro said that if any military intervention actually deposed Venezuela’s president, Nicolas Maduro, it is quite likely that the country would see guerrilla warfare waged by Maduro’s diehard backers and whomever took power.

At the White House on Monday, US Vice President Mike Pence met with his Brazilian counterpart, Hamilton Mourao, to discuss sanctions and diplomatic efforts to increase the pressure on Maduro.

Mourao was a defense attaché in Caracas and “has a very unique perspective” when it comes to convincing Venezuelan military leaders to switch sides, a White House official said. “He speaks with a unique credibility from within the region as a senior political leader with a military background. That voice is very important, and he is using that voice to advance the cause,” the official said.

In his first-ever talks with Mourao, Pence aimed to encourage the former Brazilian general to use his experience and influence to urge Venezuelan military leaders – as well as China and Russia – to pull back on their support of Maduro, a White House official said.

The United States and most other Western countries have backed Venezuelan opposition leader Juan Guaido, who declared himself interim president in January, arguing that Maduro’s 2018 re-election was illegitimate.

Maduro – who is backed by Russia and China and retains control of state functions and the country’s military – has called Guaido a puppet of the United States.

Guaido has offered amnesty to members of the military who took his side, but the top brass largely has stuck by Maduro.

The White House reported that Vice President Mike Pence met with Vice President Hamilton Mourão of Brazil. Both leaders commended the successful and substantive meeting of President Trump and President Bolsonaro last month, and committed to maintaining the momentum it generated across a wide range of policy interests, including defense, security, space cooperation, and trade.

Vice President Pence and Vice President Mourão also discussed at length the man-made disaster in Venezuela, reaffirming their commitment to support the constitutional government of interim President Juan Guaido, and to maintain pressure on the illegitimate Maduro regime. The two leaders discussed a range of concrete actions that can be taken to enhance on-going diplomatic, economic and humanitarian efforts, and to facilitate the return of democracy to Venezuela.