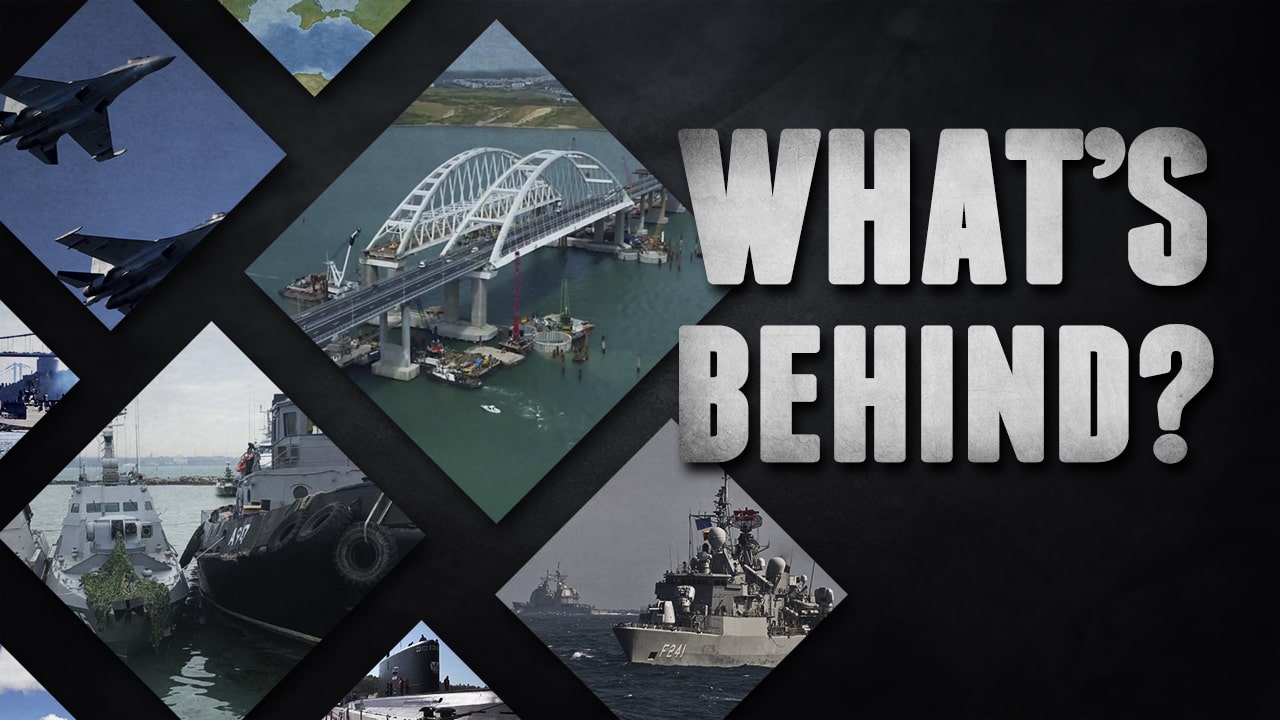 NATO is preparing a package of measures to counter Russia in the Black Sea region. This package includes the deployment of NATO warships to the Black Sea to guarantee ‘passage’ of Ukrainian ships via the Kerch Strait, U.S. ambassador to NATO Kay Bailey Hutchison stressed during a press briefing on April 2.

Hutchison said that the prepared package “beefs up the surveillance, both air surveillance as well as more of the NATO country ships going into the Black Sea to assure that there is safe passage from Ukrainian vessels through the Kerch Straits, the Sea of Azov”.

Earlier the US State Department announced that the Black Sea package is a response to the challenges the US and NATO face in the region, “not merely because of the Kerch Strait incident,” but because “Russia is threatening the alliance all along the eastern flank, not just in the north.

The public announcement of a possible NATO operation in the Kerch Strait is itself a move undermining the shaky stability created after the incident of November 25, 2018, when Russian coastal guards detained 3 ships of the Ukrainian Navy, which were attempting to enter the Kerch Strait in a way which violated the established norms and rules. Then, Moscow’s actions gave rise to large-scale hysteria in mainstream and Ukrainian media outlets. However, the situation developed no further. Ukraine’s “partners” limited their response to formal declarations. It was clear that the Kiev government was the side that had provoked the conflict. Before and after the Kerch Strait incident Ukrainian ships were passing the strait after going through the formal procedures established in this area.

If NATO naval forces together with or in some form assisting Ukrainian forces were to make an attempt to break through the Kerch Strait by force violating the established rules of passage, this would be seen by Moscow as an aggressive military action, which would provoke an equivalent response. In other words, a military clash could be expected. In such an event, the situation might escalate further. The media and political importance of such developments could be compared with the assassination of Archduke Franz Ferdinand, which became the formal pretext for the start of the First World War or the annexation of the Sudetenland by Nazi Germany before the start of the Second World War.

At the beginning of 2019, it seemed that despite the unfriendly rhetoric between the United States and Russia, there were actually no valid reasons for organizing the next armed incident, at a minimum, or in the worst case, for starting a war. However, there are a number of factors which may nudge Washington towards pushing for an escalation in the Black Sea region.

1. On March 25, President Donald Trump officially signed a declaration recognizing the Golan Heights as part of Israel. This step met with a negative reaction from almost all important regional and international players. The Trump administration has now destroyed one of the last fragments of the post-World War 2 international security system. This action as well as previous blatant violations of international law will have negative consequences for the entire system of international security and international law. Following this, global players can be less and less concerned about even the formal justification of their actions from the point of view of international law and can increasingly rely on military power, sanctions and informational pressure, coups and other “hybrid” methods to achieve their goals. As we see, Washington is the forerunner in the employment of such approaches. Now, the White House is interested in diverting international attention from the current situation and from the expected consequences of Golan-style decisions.

2. The failure of the Venezuelan blitzkrieg forced Washington to reconsider the approaches employed to force regime change. The inability of the US to fully delegitimize and overthrow the Maduro government is based on several factors:

So, the US operation has entered a new phase. The economic and diplomatic pressure on the Maduro government has increased, and the country has experienced a series of large-scale “accidents” targeting critical objects of the energy infrastructure. The Maduro government openly blamed hostile actions by the US for the recent series of blackouts. There are signals that the US is preparing for a military operation in the region, on its own or within the framework of a formally created coalition to put an end to the resistance of Caracas. To ensure the success of this operation, Washington has to carry out actions on the periphery to distract attention from the Venezuelan issue.

3. The situation in Ukraine ahead of the second round of the presidential election is not stable. Experts and analysts have serious doubts that Poroshenko actually gained fairly the 16%, which allowed him to proceed to the second round. It is suggested that from 3 to 8% may have been obtained fraudulently. Even if the incumbent president really did get 16% of the vote, the entire structure of voting demonstrated that the Ukrainians are frustrated by the destructive policy of the ruling regime and the status as a Western colony obtained by Ukraine in 2014. The arbitrary development of this situation could create conditions in which the US and the associated European bureaucracy would lose their influence in Ukraine, and as a result, the money spent on bringing Kiev to vassalage. In the event of the escalation of the political struggle, a possible outcoume could even be that Ukraine would split further into two political antagonists along the west-east line. If the Washington establishment wants to keep the situation under control, it must create the conditions in which Poroshenko could achieve victory. Or should Vladimir Zelensky win, he must be limited in his ability to maneuver and de-escalate relations and even start a dialogue with Russia. He must also be prevented from starting a more or less independent dialogue, ie not that of a vassal, with the European Union.

A military provocation in the Kerch Strait with the support of NATO warships would be suitable for achieving all the goals just described. Moreover, the logic of NATO’s actions includes damage to the infrastructure of the Crimean Bridge or at least its significant damage during the incident. This would have a resounding informational effect and would create significant problems for the economy of Crimea.

Another interesting point is the declaration that Russia “is threatening the alliance all along the eastern flank, not just in the north”. The entire format of such rhetoric raises eyebrows. If, in the case of the northern front, such statements can be justified with the complex configuration around Kaliningrad and the specific historical experience of the Baltic countries and Poland with Russia, the statement about the Russian threat in the south is a rude propaganda cliché.

Hutchison stressed that Russia is threatening “Romania, Bulgaria, and Ukraine, as well as Georgia”. But there are some issues. Georgia is separated from Russia by mountains, is not a NATO country and does not experience territorial claims from Russia. Moreover, Russia still categorically refuses to consider the inclusion of South Ossetia and Abkhazia into its own territory. Almost 30 years have passed since the actual independence of these republics, and almost 11 years since the last aggressive war unleashed by Georgia with the support of NATO. Ukraine is also not a NATO country, and recent years have shown that Moscow has no desire to conduct full-scale military operations on its territory. Bulgaria and Romania do not have a land border with Russia and both states have working bilateral relations with Moscow. Even more strikingly, US statements do not even mention the second most significant military state of NATO, the country whose military potential exceeds the combined military potential of Bulgaria, Romania, Georgia and Greece – Turkey, which by the way, is located on the southern flank of the military bloc. This statement by a representative of the Washington establishment is another vulgar example of Psaki-style rhetoric that has little to do with democratic values, freedom, or a desire for justice. They themselves do not believe in it. They know only that a few others do believe in it. Thus they simply mock the masses, who they consider to be sheep.  Such statements demonstrate that Washington is seriously considering conducting aggressive actions in the near future in several directions at once.