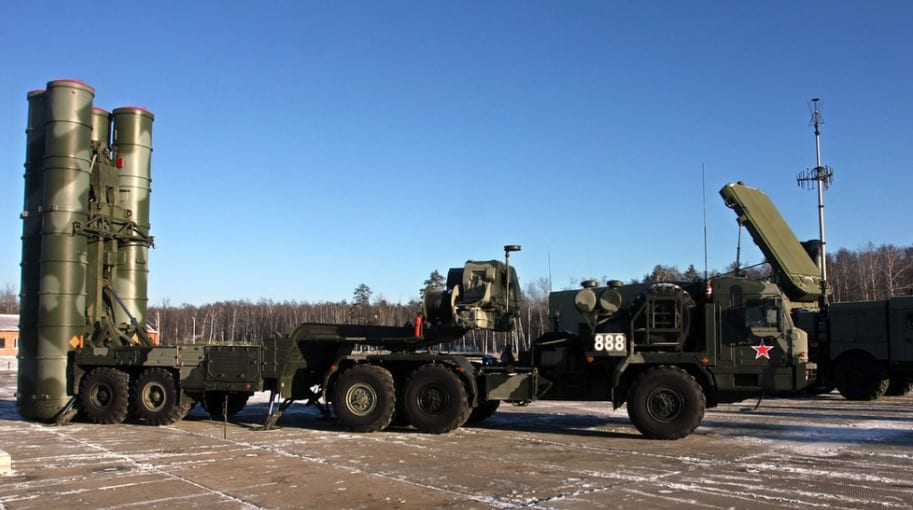 Russia Today/Moscow: For years, three NATO states have had no trouble using Russian air defense systems, but Turkey’s S-400 deal is a special case as it’s a risk to the US grip on Ankara and inflicts losses on its military industry, analysts told RT.

Not a single month passes without the United States unloading on Turkey, which seems to stay on course buying the top-notch S-400 anti-aircraft systems. Washington has already put on hold F-35 deliveries to the Turkish Air Force and warned that carrying on with the deal could jeopardize Ankara’s ties with the US and NATO.

Following suit, some mainstream media rushed to explain how Turkey’s industry will suffer if the S-400s reach Turkish soil. Others warned that having the F-35 and the S-400 within one military would compromise critical advantages of the fifth-generation fighter jet.

Military analysts who talked to RT said much of the fuss is about Ankara not bowing to Washington and NATO and pursuing its own interests.

Turkey demonstrates true sovereignty buying the S-400; this is unacceptable for the US.

The US “is losing the lead and Russia is taking it,” Igor Korotchenko, editor-in-chief of the National Defense magazine and member of the Defense Ministry’s public board, said. The prospect of a NATO member buying from Russia “damages US reputation … and inflicts losses on the American military industry.”

But it is not uncommon for NATO member states to use high-tech Russian-made weaponry, including the S-400’s predecessor. Bulgaria, Greece, and Slovakia – all US’ NATO allies – have the S-300 in their arsenals.

ALSO ON RT.COMSerbia wants to buy S-300 missile systems, talking with Russia & Belarus – presidentGreece has installed them on the island of Cyprus, which became a turning point in its national defense strategy. Bulgaria and Slovakia are frequently using the system – designed at the height of the Cold War – during NATO live-fire exercises.

So, why is Turkey – which joined NATO in 1952 on par with Greece – under intense pressure while the other three are not?

“Greece and other members have procured Russian anti-aircraft weapons long before 2014, i.e. before tensions between the US and Russia began to mount,” explained Russian military expert Mikhail Khodarenok.

It has no rivals in terms of cost efficiency.

But what if the US is so fearful of the S-400 because it is less familiar to the Pentagon than the older-generation S-300? The American military had acquired a pair of S-300P and S-300V variants through Belarus and Ukraine after the USSR’s collapse to study the system’s capabilities – but this knowledge isn’t up-to-date now, Khodarenok said.

“The US has nothing of its [newer variants],” he noted. Even knowing the enemy weapons in detail doesn’t help much in the battlefield as “suppressing anti-aircraft systems is about robust electronic jamming,” not studying any specific type of hardware.

Ankara says the S-400 will help the country to defend itself, as Turkey faces threats coming from the Middle East. But at the same time, it is in talks with the US over the Patriot missiles – a near-peer analog to the S-300 family.

Avoiding “putting all eggs in one basket,” Turkey shows that it doesn’t want to necessarily buy anti-aircraft systems from one vendor, Khodarenok suggested. He believes that the Russian deal will be limited to Turkey buying only a number of S-400 squadrons “to cover only one important facility.”

“There will be no wholesale purchase of anti-aircraft systems to cover all of Turkey,” while the S-400 debacle is far from over. The deal is done only after Turkish crews are trained in Russia, the launchers are tested and sent to Turkey, and, finally, all payments are made, he explained.