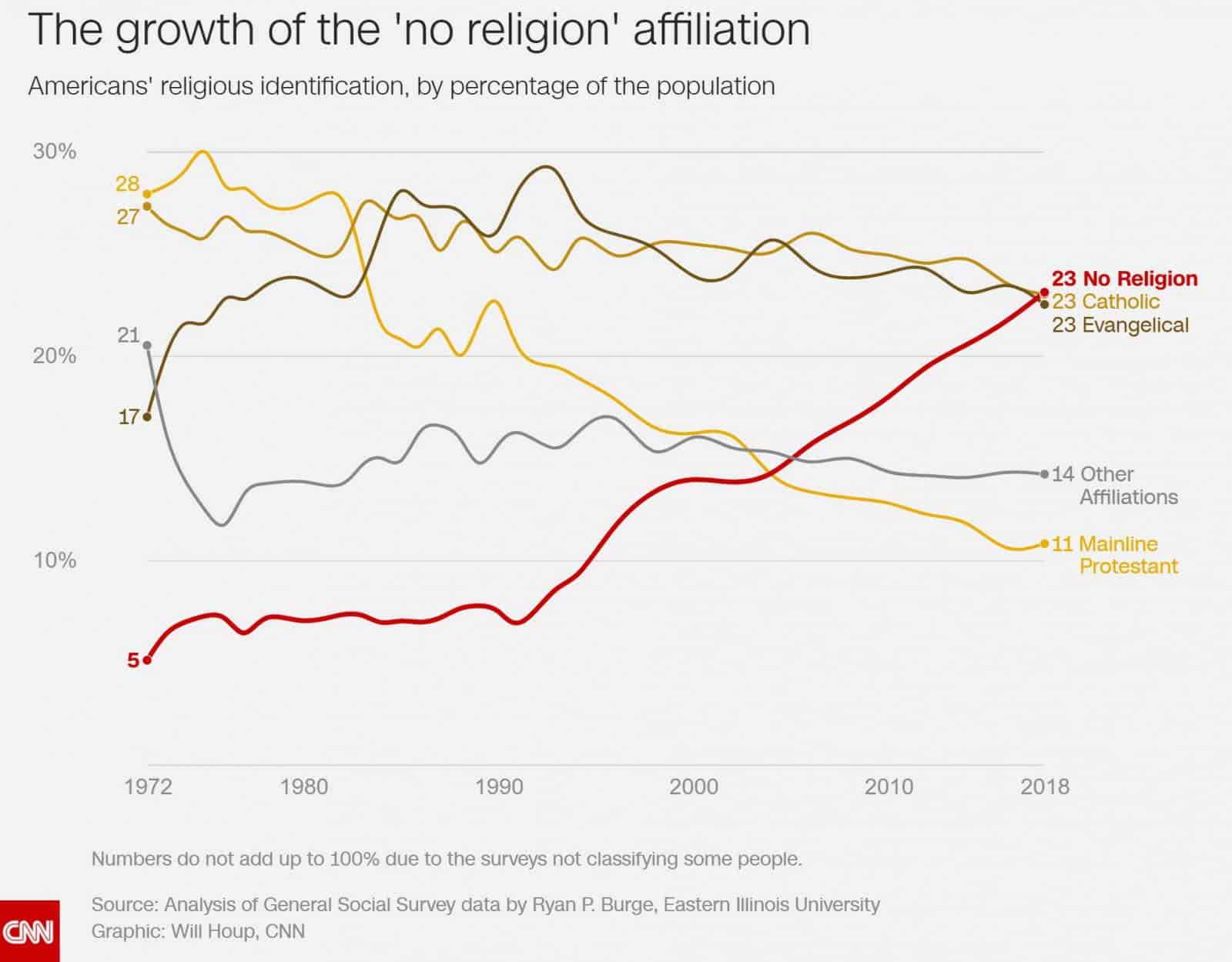 Health Editor’s Note: When asked your religious preference, the most rapidly rising group is the “no religion” group and the numbers continue to rise. What reason(s) would you give for this rather stunning but not surprising statistic?….Carol

There are now as many Americans who claim no religion as there are evangelicals and Catholics, a survey finds

(CNN)For the first time “No Religion” has topped a survey of Americans’ religious identity, according to a new analysis by a political scientist. The non-religious edged out Catholics and evangelicals in the long-running General Social Survey.

Ryan Burge, a political scientist at Eastern Illinois University and a Baptist pastor, found that 23.1% of Americans now claim no religion.

Catholics came in at 23.0%, and evangelicals were at 22.5%.
The three groups remain within the margin of error of each other though, making it a statistical tie. Over 2,000 people were interviewed in person for the survey.

“Religious nones,” as they are called by researchers, are a diverse group made up of atheists, agnostics, the spiritual, and those who are no specific organized religion in particular. A rejection of organized religion is the common thread they share.

“It is the first time we have seen this. The same questions have been asked for 44 years,” Burge told CNN.