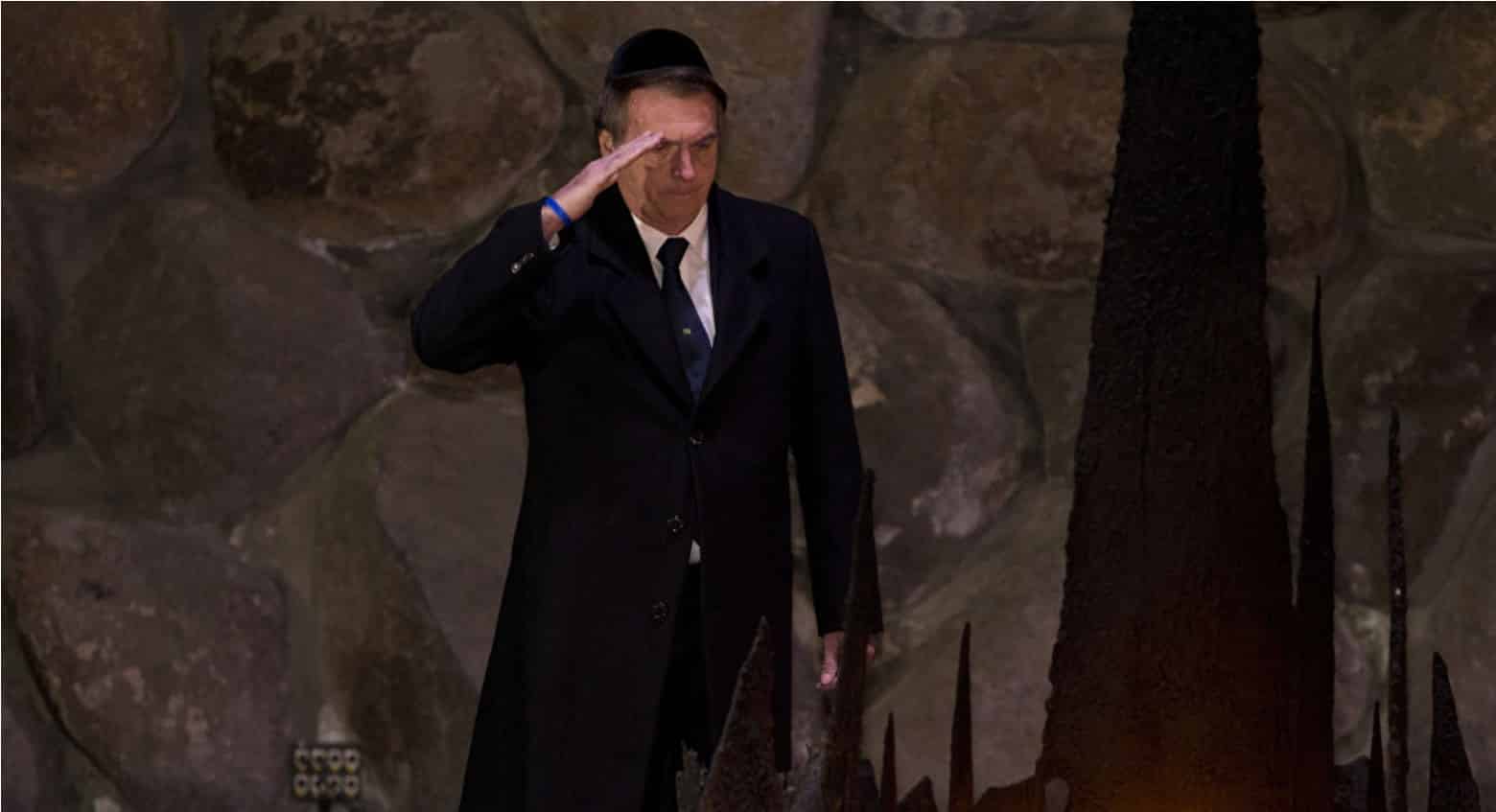 Sputnik/Moscow: The right-wing Brazilian president, believed to be a staunch supporter of Israel and its Prime Minister Benjamin Netanyahu, sparked debates with his statement during Thursday’s meeting with evangelical pastors. He said that he believes the crimes of the Holocaust can be forgiven but measures must be taken so this never happens again.

Israeli President Reuven Rivlin joined the critics of Brazilian President Jair Bolsonaro who recently said that crimes of the Holocaust can be forgiven, but never forgotten.

“No one will order the forgiveness of the Jewish people, and it can never be bought in the name of interests. What [the Nazis] did to us is etched into our memory, the memory of an ancient people”, Rivlin said on Twitter, according to The Times of Israel.

The politician also warned that Israelis will never cooperate with those who deny the truth or “try to erase it from memory” — either individuals, groups or “party leaders and not by heads of state”.

“We will never forgive and never forget. No one will order the forgiveness of the Jewish people, and it can never be bought in the name of interests”, the Israeli president tweeted, vowing that Jews would “always fight against anti-Semitism and xenophobia”.

He also warned politicians against “straying into the territory” of historians, who are responsible for researching and describing the past. According to him, political leaders should stay in line with their own responsibility of “shaping the future”.

Rivlin’s comments echoed a critical statement issued by Israel’s official Holocaust memorial museum Yad Vashem, saying, as cited by The Times of Israel: “It is not the place of any person to determine whether the crimes of the Holocaust can be forgiven”.

At the same time, Israel’s Ambassador to Brazil Yossi Shelley sided with the Brazilian president, warning that those who try to discredit “the words of a great friend of the people and government of Israel” will not succeed.

“His words made clear his complete repudiation of the greatest genocide in history, which was the Holocaust. At no point in his speech did the president show disrespect or indifference to Jewish suffering”, the envoy posted on Facebook.

Bolsonaro prompted a backlash on Thursday speaking about the Holocaust at a meeting with evangelical pastors in Rio de Janeiro.

“We can forgive, but we cannot forget. That quote is mine. Those that forget their past are sentenced not to have a future”, he said, as cited by The Times of Israel, adding one should act to make sure that the Holocaust will never be repeated.

The remarks come just days after the recently elected right-wing president, who is believed to back Israel and have good relations with Prime Minister Benjamin Netanyahu, visited the Jewish state.

During his trip there, Bolsonaro, among other things, visited the Holocaust memorial. He and Netanyahu also signed a number of agreements, including papers on defence, cybersecurity, and police cooperation. Bolsonaro also announced his decision to open a trade office in Jerusalem in addition to his earlier pleas to move Brasilia’s embassy from the city from Tel Aviv. However, the latter move appears to be on hold, according to the Times report.