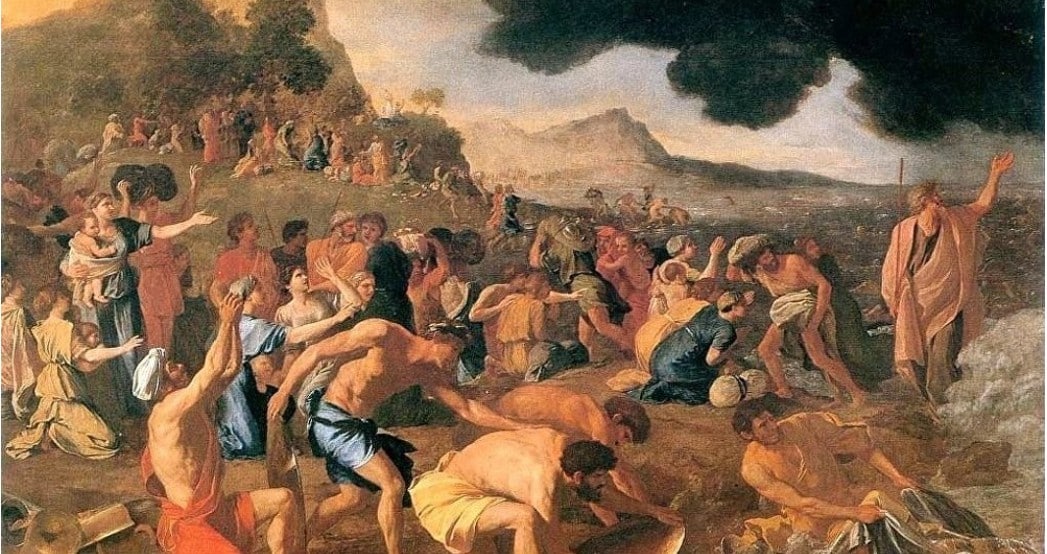 Editor’s note:  Real archaeological evidence more than suggests Moses never lived, his “books” are fake and that no “Hebrew slaves” were ever in Egypt.  Not one iota of evidence has ever been found backing a single word of Exodus.  Sorry. I also apologize for putting this in the History section.  We don’t have a fantasy section.

Sputnik/Moscow: Despite a majority of researchers questioning the accuracy of the Book of Exodus, some believe that Jews’s flight from Egypt did indeed take place – and that new evidence of this is poised to “seriously shift” the frame of discussion.

Researchers from the Doubting Thomas Research Foundation (DTRF), which investigates the historicity and evidence of Biblical accounts, say they may have found the route to the Promised Land taken by the Israelites under Moses’ leadership.

Filmmaker Ryan Mauro of the DTRF had made three trips to Saudi Arabia, which he says was part of Moses’ route.

“What I found there was simply mind-blowing. I couldn’t believe that there was all this evidence for the Exodus and hardly anyone outside this region was aware of it,” he told the Daily Star.

The Book of Exodus — the second book of the Old Testament and the Torah — provides an account of the departure of the Jews from slavery in Egypt and their journey through the wilderness.

According to the Biblical narrative, the Israelites fled the Egyptian army when Moses parted the Red Sea, with the waters later closing up again upon their pursuers. They are said to have later arrived at Mount Sinai, where Moses received the Ten Commandments from God, and ended up settling in what is now Israel.

The location of the biblical Mount Sinai is traditionally associated with Egypt’s Sinai Peninsula. Near the foot of the mountain, St Catherine’s Monastery was built over what’s traditionally believed to be the site of the burning bush from which God first revealed himself to Moses.

Ryan Mauro believes, however, that the real Mount of Sinai is located  over a hundred miles eastwards across the Gulf of Aqaba, which separates the Sinai Peninsula from Saudi Arabia.

“After three trips to Saudi Arabia, I’m fully convinced that the Israelites went into the ancient land of Midian when they fled slavery in Egypt.”

He also says there is evidence that Moses led his people across the Gulf of Aqaba from what is now the coastal town of Nuweiba in the east of the Sinai Peninsula, where the crossing would just be nearly 8 miles (12km) wide with a shallow depth of just 33 metres.

“It’s going to take some time to bring this alternative theory into mainstream historiography, but I believe that our work is going to seriously shift the landscape on this subject,” Mauro argued.

The mainstream scholarly consensus is that there is no archaeological evidence for the Exodus, and that the Bible represents the reflection of the Jewish people on their origins rather than details a specific moment in history.

“I would basically say to someone who’s sceptical about the Exodus to keep an open mind about the subject,” Mauro was quoted as saying. “There’s a reason why this tradition has been passed down in the three major world religions of Christianity, Judaism, and Islam.”

“Perhaps these sceptics have doubted the historical account of the Exodus story because of a lack of evidence at the traditional site at St. Catherine’s, but what we have found appears to fit the ancient accounts.” 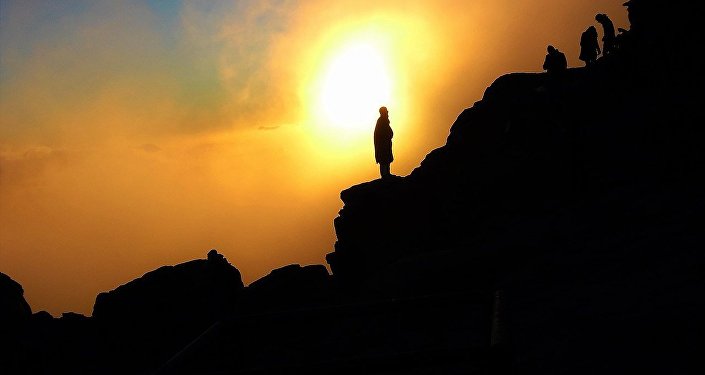 In the film, he said he had discovered several pieces of evidence that the Exodus did occur, like a rock split by Moses and the remains of an ancient altar where the Israelites worshipped a golden calf while Moses was on top of the mountain.

“The golden calf, the split rock, Moses’ altar, the Red Sea crossing site; all of these pieces need to fit, and they fit at this site in a way that no other site does,” he added.

“We don’t necessarily believe in the same deities as the ancient Egyptians, Babylonians, and Assyrians did, but we still accept the evidence that these peoples existed and that there were major events during their respective existences.”