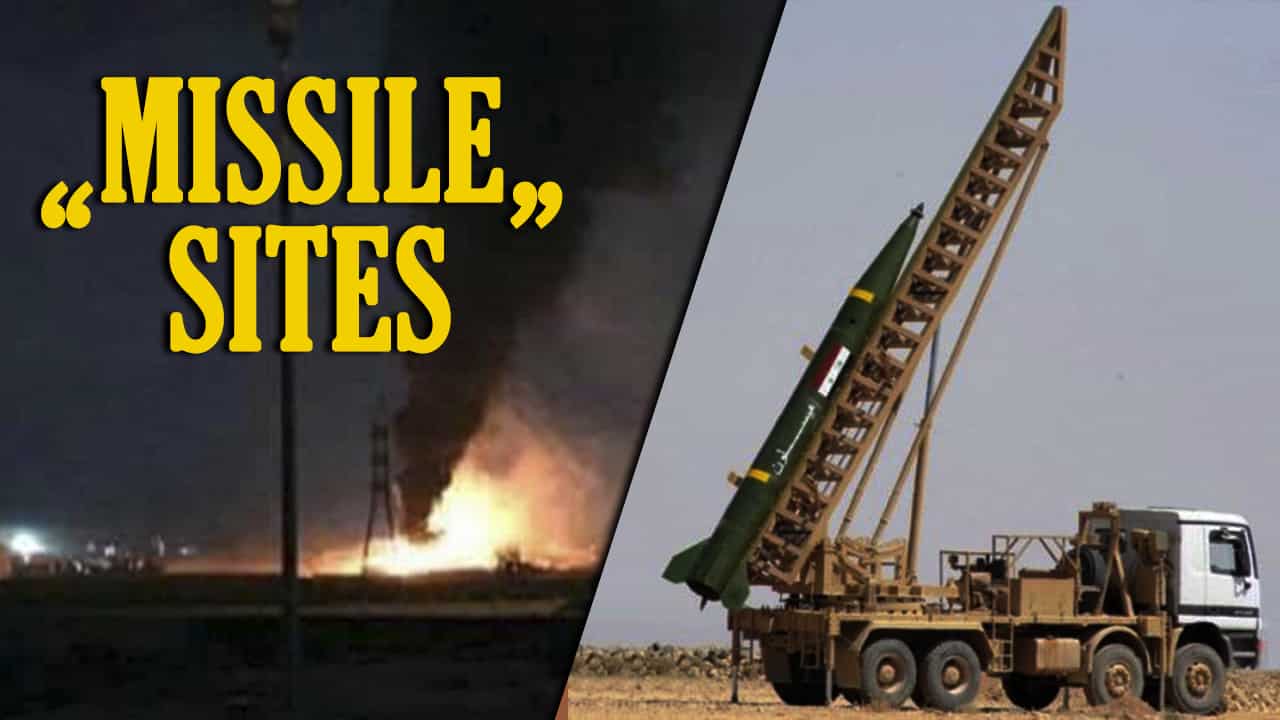 Overnight on April 13, warplanes of the Israeli Air Force delivered strikes on targets near the town of Masyaf in the Syrian province of Homs from Lebanese airspace.

According to the Syrian version of the events, most of Israeli missiles were intercepted, but the rest of them destroyed several buildings and injured at least 20 people, including 3 service members. Fragments of at least one Israeli missile were found near the Lebanese border.

The College of Management, the Scientific Research center and the Accounting School were among the targets inside Masyaf itself.

Israeli strikes also hit the nearby town of Umm Haratayn where, according to released photos, they destroyed a Maysalun heavy artillery rocket launcher. Maysalun is a Syrian-made variant of the Iranian Zelzal-2 unguided long-range artillery rocket. The rocket has a range of 210km and a heavy high-explosive warhead. Israeli sources had accused Iran and Syria of upgrading these rockets with guidance systems, thus converting them into precision-guided rockets.

It is important to note that the Israeli strikes took place near positions of launched of the S-300 air defense system delivered by Russia to the Syrian military. The system was not employed and likely remains not operational.

ISIS has drastically increased attacks on pro-government forces in the al-Mayadin-Deir Ezzor-al-Sukhna triangle. During the past few weeks, at least two convoys of the Syrian Arab Army (SAA) and pro-government militias came under attacks there. Various sources say that from 7 to 15 pro-government fighters were killed in these attacks.

On April 12, the Russian Aerospace Forces even delivered strikes on supposed ISIS targets near the town of Huribishah. In March, the SAA and its allies conducted a security operation against ISIS in the areas of Huribishah and Kobajjep, but these limited efforts were not enough to get rid of ISIS terrorists. Some sources even speculate that ISIS Leader Abu Bakr al-Baghdadi is hiding in the central Syrian desert.

The situation around the Idlib de-escalation zone remains unchanged. Ceasefire violations and artillery duels erupt across the entire contact line between the so-called opposition and the SAA on a constant basis.

On April 12, Kommersant daily reported citing informed sources that Gen Col Andrey Serdykov has become a commander of the Russian military group in Syria. One his key tasks, according to the report, is to set conditions for launching joint Russian-Turkish patrols along the demilitarized zone and to put an end to the ceasefire violations. Local sources say that this goal remains unrealistic while radical militants armed with heavy weapons remains deployed in the formally declared demilitarized zone.

On the eastern bank of the Euphrates, the US-backed Syrian Democratic Forces (SDF) are conducting a wide-scale security operation in an attempt to track and eliminate remaining ISIS cells.