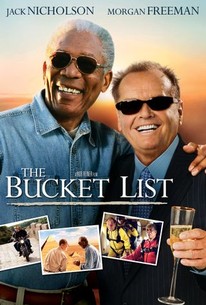 A few years ago, there was a movie called The Bucket List, Staring Jack Nicholson and Morgan Freeman. The premise of the movie was two older men who had been given terminal diagnoses, living out things they wanted to do before they died. Since then, the phrase “Bucket list” is a regular part of the American lexicon.

The tragic fire at the Notre Dame Cathedral yesterday got me thinking about this concept. I will turn 70 in October so I am on the “Short Timer’s List.”

Notre Dame was one of the places I wanted to see before I died but now that is not possible. Though the main tower shells are still standing, at this point we don’t know the structural integrity of what remains. Between the heat of the fire and the cold of the water used to put out the flames, it may not be structurally sound. Whether it is or not, I am sure with modern technology, the structure can be “re-created.” This is a lot like the “Eiffel Tower” or the “canals of Venice” that have been reproduced in Las Vegas. The historical significance of an 800 year old structure can never be restored. 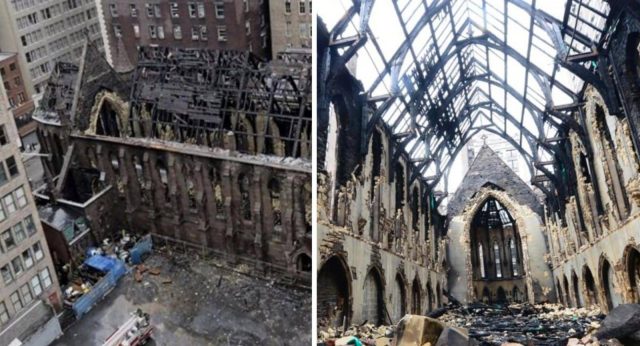 Though I don’t have a formal bucket list there are things I still want to see and do. Since I am a foodie, I have what I call a ”Lunch Bucket List” of foods or food experiences I would like to have. One of these would be eating at the French Laundry in Napa, California. Thomas Keller has created an eating Mecca that I can only dream of. Living on a fixed retiree’s budget, I can probably never experience one of his 18 course tasting menus. Plus, there is a waiting list of over a year. Beyond that, I want to do a tasting tour of New Orleans. That one is a real possibility.

Getting back to world experiences, I did get to experience some of the sights I wanted to see and some that I did not know existed in 2016 when our senior editor and my lifelong friend, Gordon Duff and I went to Europe. As a historian, he showed me places and historical references that I did not know existed. We spent most of our time in Germany, though we traveled into Italy and Eastern France. We initially spent a couple of days in Bernkastle, Germany in the home of his friend. This home was built in the 1300s and is still quite livable. Bernkastle is a city in central Germany, on the Mosul River, in wine country. If I had to describe it, I would say if Disney were recreating a German city it would be Bernkastle. It has the classic architecture that one associates with Germany such as the “gingerbread exteriors.”

We went from there to Garmisch-Partenkirchen where the 1935 and 1972 Olympics were actually held. (This is south of Munich which is the official designation.) He showed me the home of Heinrich Himmler and we climbed a mountain to view a memorial to fallen German soldiers in World Wars one and two. A memorial was banned by the Allies but the locals secretly built this chapel. You won’t find this on a tourist map. He also showed me what are now hiking trails where the Waffen SS trained.

We then went to Luca, Italy, a walled city built around 500 B.C. In one night we walked over ten miles touring this ancient city. I have never walked that far in my life before and probably will never again but it was so interesting that I did not notice until later. We saw apartments built over 2500 years ago that still had people living in them. As an American, I looked at this city and Bernkastle as sorts of tourist attractions but these are real people living real lives and these are their homes.

With the loss of the real Notre Dame, I wondered what other people want to see while it is still available; places like Gallipolis Islands before tourists destroy its basic beauty or the glaciers before they melt or what?

What do you want to see, or what have you seen before it, or they left us?

I have experienced a couple of these events in my life:

When I was a kid, in the early 1960s, I think, my parents took me to the Shrine Circus in the Coliseum at the Michigan State Fairgrounds. One of the acts was the Flying Wallendas who performed their triple level high wire act successfully. The next day, at their performance, they had a tragic accident and fell to the ground killing many of the members of the family. Though very young, I still remember their last performance. As far as I know, no one has ever done this act again.

Many years later, another couple, my wife, and I attended a show featuring the Righteous Brothers at the Soaring Eagle Casino in Mt. Pleasant, Michigan. About three weeks later Bobby Hatfield overdosed on cocaine and died. Though they had other performances after the one we saw his death was soon enough that we saw one of his last performances.

I have had a few less significant events in my life. I saw Bob Seger perform at a club in Ann Arbor, Michigan when people did not know who he was. I also attended a concert for the Box Tops (remember them?) where the unknown opening act was Kenny Rogers and the First Edition. I am dating myself, but I already disclosed my age.

Anyway, fill the comments section with your stories of what you have experienced that will never return or what you want to see before it goes away.