Imagine the White House burning to the ground as it had once before, this time at the hands of the Rothschild controlled British monarchy and their American friends, the traitorous “Federalists.”  In a rare victory over tyranny, the Federalists were chased into Canada and those who didn’t escape were to be found adorning trees along the Hudson River, while the birds fed on them.  Suppressed history but true, a golden moment for America.

Eventually they came back.  Like I always say, “rinse and repeat.”

It is simply not possible for Notre Dame, the center of France, the most watched, most protected building in all of Europe, catches fire from a dropped cigarette and burns to the ground?  850 years of war and revolution and this happens today in a city where thousands of counter-terrorism police prowl the streets?  Do note this photo and think.  Was our fire “Hebdo Two?”  What a backdrop this will provide.

Assange was silent on so much.  He never heard of Palestinians, knew nothing of Israel, thought 9/11 was a waste of time and never spoke in defense of the widespread war on other media.  In fact, Assange had only one friend, Assange, as a recent read of his chat history with Chelsea Manning reveals.  He rode Manning into prison, playing Manning for a fool with childish little blurbs and innocuous prattle.

As with Snowden, the Manning thefts, 4 databases, bought Assange and his cohorts, an imaginary “army” of non-existent hackers the “legend,” a term for fake identity,” they needed.  The Bush equally fake war on terror, 100% crafted by AIPAC was twisted into an attack on America, not Zionist controlled America, the real truth behind American abuses but rather created for whoever controlled Assange a platform for burying real heroes behind his narcissistic bullshit.

Snowden and Glenn Greenwall the same?  Me thinks so as well.

There was no hack, Manning using his TS/SCI clearance simply thumb drived and DVD’d files which were uploaded to Assange while the Murdoch empire, representing the pinnacle of garbage Zio-fake-journalism, Hannity and his friends, pushed the US into more wars.

Who is the Deep State?  They used to be called the Merchant Princes, Venice, Genoa, they controlled the world’s banks, still do, controlled all world trade, ran Spain, Portugal, the Netherlands when they were world powers, took over Britain in the 1600s, owned France still do…

They own America, took it over completely in the 1880s.  They financed the criminal conspiracy that overthrew the Articles of Confederation and Declaration of Independence, creating the constitution with its rigged power system of magic courts, “electoral colleges,” an appointed senate…

They started the Civil War, owned the railroads and ethnically cleansed the nation of its indigenous population.  They propagandized from day one, beginning with the Federalist Papers.  They divided America, breaking away the bankster controlled Northeast to Britain leading to the burning of the White House during the 1812 debacle.

From 1913 and the Palevenzuela/del Banco (Venetians who changed their names to Warburg) family took control of America through their European banks, the Sephardic partnership known as the Federal Reserve. 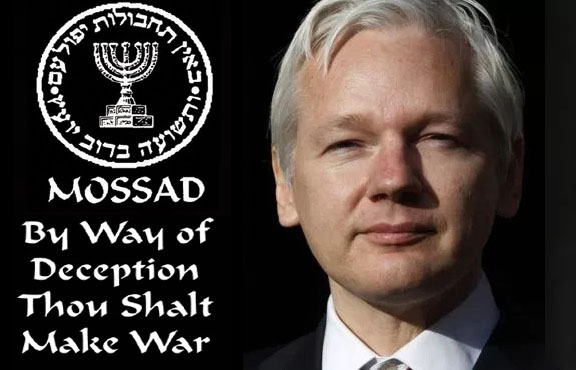 They began World War I but it took a couple of years to put America into the fray, they took down Russia, turning it over to the Khazarians after centuries of conflict with the Rus.  They are bolshevism and still are.  The real “North Korea is Israel.

My guess is they just burned the Reichstag again, this time in Paris and, with the last few years of consolidating control over all world media, may well have hatched a new plan.

What is left to steal? What threat is there other than this and nobody will read or understand this or I would be dead.

Again, the unasked question, why is human suffering so needed?  Why?

The Dark Ages never ended.  The enlightenment was, in itself, a con.

The reformation reformed nothing.

Slavery, lives as cattle, but why?