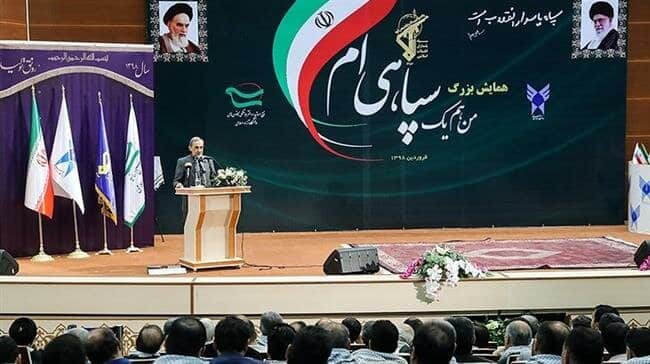 [ Editor’s Note: Mr. Velayati is saying what few in the Western Press will, that the US coalition failure in its proxy terrorism take-down of Iraq, Syria and now targeted Iran, was unsuccessful because they put together a defensive coalition, where Russia came in at just the right moment with its advanced weapons to turn things around.

The US coalition now had to provide some cover for its defeat, and excuses to keep forces deployed on the front lines. Now the coalition asks us to label as terrorists those who saved themselves from being defeated by Gulf State- and NATO-country (plus Israel) terror. Imagine that.

This would be called funny, as in a bad joke, if not for the disrespect that would show toward all the innocent dead, including those that continue to die every day in the US-controlled al-Tanf refugee camp, and the huge 80,000+ camp run by the SDF in northeast Syria.

Mass media has become a front and center willing tool of the Deep State actors. Up is down, and left is right, whenever they want it to be. Everyone who objects is disloyal and should be imprisoned.

This is going to get worse before it gets better, and even that is a big if. We live in an age where “potential resistors” are profiled and targeted. “What hath God wrought” can now be replaced with “What hath social media wrought… Jim W. Dean ]

Ali Akbar Velayati, a top advisor to Leader of the Islamic Revolution Ayatollah Seyyed Ali Khamenei on international affairs, made the remarks during a conference held at the Islamic Azad University in support of the IRGC on Monday.

Given the IRGC’s achievements in the region, the Americans finally revealed their true intention and sanctioned the Iranian force as a “terrorist group.”

“It has been a notorious habit and outdated weapon of the West to call anyone who opposes it ‘terrorist’ and to portray any country that refuses to do its bidding as a human rights violator,” Velayati said.

The reason behind the blacklisting of the IRGC  is that “Iran has laid the foundation for true cooperation among major countries in the region, and that Iran, Iraq, Syria, Lebanon and Palestine have formed a resistance front which acts as a unified force wherever a problem emerges,” Velayati noted.

He also stressed that Daesh failed to seize Damascus and Baghdad firstly due to the Iraqi and Syrian people’s cooperation and secondly thanks to Iran’s support.

Daesh unleashed a campaign of death and destruction in Syria and Iraq in 2014 and managed to make sweeping territorial gains in both Arab neighbors.

At the request of the governments in Damascus and Baghdad, the IRGC’s military advisors rushed to the aid of the national Syrian and Iraqi armies, paving the way for them to undo Daesh’s gains and rid their countries of the Takfiri terror outfit in late 2017, despite widely-reported attempts by the US and its allies to prevent Daesh’s collapse.

During Monday’s event, dubbed “I am an IRGC member too,” the Islamic Azad University signed a declaration of allegiance to the elite military force.

In the declaration, the Iranian academics expressed disgust at the policies adopted by the “unwise” and “terrorist-sponsor” administration of US President Donald Trump, voicing full support for the IRGC.

By targeting the IRGC, it added, the US government once again strengthened the unity within the ranks of the Iranian nation,” calling the move as the “most important and obvious” sign of Washington’s defeat and isolation in the region.

Last week, the White House labeled Iran “a State Sponsor of Terrorism” and the IRGC a “foreign terrorist organization,” claiming that the elite force “actively participates in, finances, and promotes terrorism as a tool of statecraft.”

Iran swiftly retaliated, with the Supreme National Security Council designating the US government a supporter of terrorism and its West Asia force, known as the United States Central Command (CENTCOM), a terrorist organization.

On Monday, the Iranian parliament’s Committee on National Security and Foreign Policy passed a double-urgency motion to take a reciprocal measure against the hostile US move.