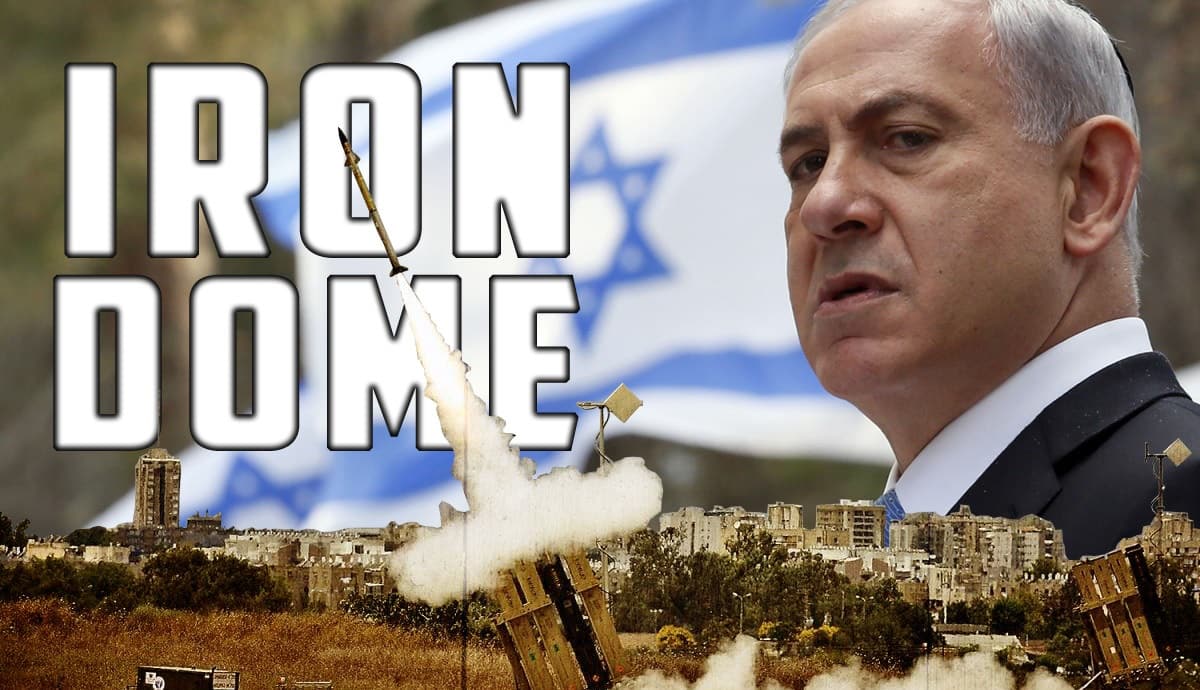 Since its inception, Israel has faced difficult political and military challenges. It defines the operational space in which IDF exists, the nature of development of its armed forces, and of individual weapons systems it uses.

The key objective and permanent factors include:

At the same time, Israel did not treat its adversaries’ ability to use rockets as a priority for a long time, therefore establishing a comprehensive anti-ballistic missile system was not among its priorities either. The situation changed after the 1991 Gulf War, when Iraq struck Israeli cities using improved Soviet R-17 (NATO classification SS-1b Scud-B) ballistic missiles. At that time, US Patriot PAC-2 ABM systems were used to protect Israeli cities, however, they demonstrated their ineffectiveness. Therefore a decision was made to push the development of the Arrow and Arrow-2 ABM system jointly with the US, with the first systems deployed in March 2000.

The Arrow-2 system was intended to defeat attacks using ballistic missiles with ranges up to 3,000km. However, Hezbollah and Hamas were expanding their use of short-range rocket artillery. The Second Lebanon War of 2006 showed Israel to be vulnerable against such weapons. In that conflict, Hezbollah used a wide range of 107mm, 102mm, 220mm, 240mm, and 302mm rockets of Soviet, Chinese, Syrian, and Iranian manufacture with ranges between 6 and 210km, such as the Fajr-3, Zelzal, Nazeat, and others. Between July 13 and August 13, Israel was the target of 4228 rockets which caused 53 civilian fatalities, 250 wounded, and 2000 cases of light injuries, in addition to considerable damage to infrastructure and housing.

Following this war, Israel’s leaders decided it was necessary to establish a tactical ABM system, and in February 2007 the decision to develop Iron Dome was made, with Rafael Advanced Defence Systems already working on it at that time. Its deployment in Israel began in 2011.

Iron Dome’s main mission, according to a Rafael brochure, is protecting civilians in cities, strategic facilities, and infrastructure, and also reducing collateral damage. It may also be used to protect troop convoys and ships. The system can operate around the clock, in any weather and climate.

Iron Dome is intended to rapidly detect, identify, and intercept asymmetrical means of attack, such as:

A single system is capable of protecting an area of 150 km2.

The Tamir missile is equipped with a homing sensor under a metallic ballistic cone to protect it against high temperatures. The cone is ejected several seconds prior to the intercept using the proximity-fused warhead.

Tests of the naval version of Iron Dome concluded in November 2017. There are plans to install it on Sa’ar-5 corvettes and to protect drilling platforms in coastal areas.

One of Iron Dome’s specifics is its ability to identify priority targets, and to intercept only those which pose a threat to protected sites. This ability is provided by the high-tech fire control system integrated with the EL/M 2084 radar.

If the incoming projectile is predicted to fall in uninhabited areas, launch commands are not issued in order to reduce operational expenses since each intercept costs several tens of thousands of dollars.

Intercepts are carried out by Tamir rockets which detonate in close proximity to the intercepted objects. The intercept takes place at the peak of target trajectory to reduce contamination should the warhead carry chemical or biological agents.

The United States have been active in financing the development, production, and servicing of Iron Dome since 2011. The program’s overall cost has been estimated at approximately $4.5 billion, with the US contribution being over $1.5 billion. The US budget for 2018 includes $92 million to finance Iron Dome.

US participation in Iron Dome is motivated by the need to support ABM development by its main ally in the region, and creating a technological base for own future ABM systems. The main US Iron Dome partner has been Raytheon, with some 55% of its components that are financed by the US are made by US contractors, chiefly Raytheon.

Each Iron Dome battery costs about $50 million, while each Tamir rocket is estimated at $20-100 thousand. Operating costs is difficult to estimate.

Iron Dome is being supplied to Canada, Azerbaijan, India, and several other countries. Czech Republic will receive them in the near future. The total volume of sales has reached $2 billion. Israel declared its intent to export the system many times. Interested parties have included South Korea, Singapore, Saudi Arabia, United States which have voiced interest in buying the system to protect own bases in Iraq and Afghanistan.

Iron Dome effectiveness is subject of considerable debate among the expert community. Rafael has touted the system as highly effective, with Israel’s Ministry of Defense (MOD) supporting that assessment.

Effectiveness assessments are mainly based on the Second Lebanon War and two IDF operations in Gaza: Pillar of Cloud (2012) and Protective Edge (2014).

Thus according to the IDF, in 8 days of Pillar of Cloud Hamas launched 1506 rockets at Israel, of which 421 were intercepted, 875 fell in unpopulated areas, 58 in populated areas, 6 were killed, 240 were wounded. IDF claims Iron Dome effectiveness was 84%.

Secondly, according to Israeli police southern district data, some 109 rockets fell in populated areas, not 58. There is also no data on the reasons most of the rockets launched against Israel missed. This is likely due to the low quality of rockets used by Palestinians.

IDF claims that during Protective Edge, Palestinians launched 4500 rockets of which 692 were intercepted [during 50 days]. No additional data was provided, and the high indicated effectiveness (90%) also causes doubts due to the lack of IDF transparency. It’s clear that Iron Dome is not cost-effective. Hamas and Hezbollah rockets cost between $300 (Grad) and $800 (Qassam). When assessing cost-effectiveness, IDF should consider insurance payments for damaged property. Comparing this data for the three above-mentioned operations has led experts to conclude that per-rocket damage has been reduced from $29,500 in 2006, to $9,000 in 2012, and $5,100 in 2014.

However, some US experts doubt the objectivity of official Israeli data and believe that intercept probability is about 5%. According to Michael Anderson, an expert with the Brock University, reduction in rocket effectiveness since the 2nd Lebanon War was due not only to Iron Dome, but also to a series of other measures, including early warning and bomb shelter improvements. Moreover, Gaza and 2nd Lebanon War can hardly be compared, in part because of the differences in population density between southern and northern Israel. Accurate assessments are also made difficult by absence of sufficient verifiably accurate information, much of which remains classified.

From the technical point of view, the attacker will seek to improve munitions accuracy. If guided artillery shells are used, Iron Dome effectiveness would be much lower. According to IDF air defense commander Zwick Haimovich, Hezbollah and Hamas will be able to strike Israel using cruise missiles. Even when these improved systems are intercepted, they would increase Israel’s expenditures on air defenses because more interceptor rockets would be needed.

Tactically, the obvious response is placing offensive weapons in direct proximity of targets, given that Iron Dome’s minimum effective range is 4km. Even today Hezbollah can strike 75% of Israel’s territory using systems it currently owns.

Iron Dome has only limited abilities to intercept several targets simultaneously. Therefore Israel’s opponents will seek to increase the density of its rocket volleys. Increasing the number of cheap weapons is the most likely course adversaries will adopt. According to some reports, Hezbollah has already increased the number of its rockets by several times, to more than 100 thousand.

Combining unguided and guided rockets would greatly increase the ability to overcome ABM defenses. Moreover, ABM systems would be degraded if faced by multiple adversaries operating from different directions. According to open source data, Iron Dome is quite sensitive and often reacts to false alarms, for example, from machine-gun bursts. This vulnerability is an obvious one to exploit. The psychological factor also matters. RAND analysts are correct to note that reducing casualties among Israeli civilians has a negative media effect against the backdrop of losses among Palestinians or Lebanese.

In the future, Iron Dome will likely be modernized to address existing problems and to adapt to developments in offensive means.Moreover, fire control and radar systems will be modernized as well. On the one hand, the system will be better able to detect launches and predict trajectories. On the other hand, it’s necessary to improve the ability to identify targets due to its propensity to react to false alarms. These efforts will be accompanied by the development of Iron Beam which is intended to defeat ultra-short range munitions. Israel has limited ability to improve ABM tactics, and include better coordination, where intelligence-gathering plays a big role.

Israel and its adversaries will continue improving their defensive and offensive systems, respectively. They will focus on modernization, improving quality and quantity, development of new weapons, and improving tactics. Hezbollah and Hamas will emphasize tactics changes in the use of their existing arsenals, combined with improving their rockets’ range and accuracy and expanding the variety of weapons systems used. Combining cheap and improved precise rockets in a single salvo will become a more frequent tactic.

Israel, in turn, will continue perfecting Iron Dome and Iron Beam with US assistance. But given the increased arsenals of its adversaries, Tel Aviv will place greater emphasis on its intelligence and special operations to detect and destroy rocket launchers in early stages of conflict. Israel will also be forced to recognize the importance of traditional civil defense and early warning, since Iron Dome may be forced to focus on defending military targets and critical infrastructure when faced with massed attacks. Here too, intelligence and diplomatic instruments will be used to prevent a coordinated attack by several adversaries. Effectiveness of this system in future conflicts will influence its export potential.