Business Insider just released the following, as stories of wreckage and a missing pilot become increasingly unreliable.  Our sources tell us this is far more than a wreckage problem but a failed program and quite possibly as stolen aircraft.  Anyone copying F35 tech, however, we believe is taking their lives in their hands…

Five of Japan Air Self-Defense Force’s F-35 jets reportedly made seven emergency landings prior to a crash somewhere in the Pacific Ocean last week, the Ministry of Defense said, according to the Japanese newspaper Mainichi Shimbun.

Among other issues, the F-35s reportedly had problems with the fuel and hydraulics systems. The diagnosed aircraft were were inspected and refitted with parts.

The crashed F-35, which was assembled by Mitsubishi Heavy Industries in Nagoya, Japan, was reportedly diagnosed with cooling and navigation system problems in June 2017 and August 2018, according to The Mainichi.

Read more: The US and Japan still can’t find a missing F-35, and its ‘secrets’ may be in danger

Four of the five F-35s with problems were also assembled by Mitsubishi, while the fifth aircraft was reportedly assembled in the US. All of Japan’s F-35s have been temporarily grounded.

The downed $126 million aircraft marked the first time an international ally has lost an F-35. Search-and-rescue teams were able to locate debris of the wreckage but the pilot is still missing…and from Sputnik/Moscow:

Sputnik: On Friday, Japanese Defence Minister Takeshi Iwaya announced that the country’s authorities had launched an underwater search and recovery operation to retrieve the wreckage of a Japanese F-35 fighter jet that mysteriously disappeared from the radars during drills over the Pacific Ocean on 9 April.

Washington and Tokyo are yet to recover the missing Japan Air Self-Defence Force (JASDF) F-35A fighter jet as they have been conducting “a tireless, around-the-clock search” for the fifth-generation stealth plane since 9 April, Business Insider (BI) reports.

This comes as Japanese Defence Minister Takeshi Iwaya told the Japan Times on Tuesday that “the F-35A is an airplane that contains a significant amount of secrets that need to be protected”.

“With the help of the United States, we will continue to take the leading role in investigating the cause of the accident”, Iwaya added.

Earlier, he announced that Tokyo would ground the JASDF’s whole fleet of F-35A stealth fighters in the wake of the incident.

The Japan Times also quoted an unnamed Japanese Defence Ministry spokesman as saying that the remains of the F-35 jet’s tail had been found but they were yet to track down the rest of the fuselage, as well as the pilot.

“On average two aircraft, including a helicopter, and two patrol vessels are constantly deployed in the around-the-clock search operations,” the official said.

READ MORE: US Submarine to Participate in Japan’s Naval Competition — US Navy

The statement came after an unnamed Pentagon spokesman told BI that the US “stands ready to support the partner nation in recovery” of the missing warplane.

He also emphasised “how serious the US is about ensuring that [the F-35A’s] advanced technology doesn’t fall into the wrong hands”, BI reported. 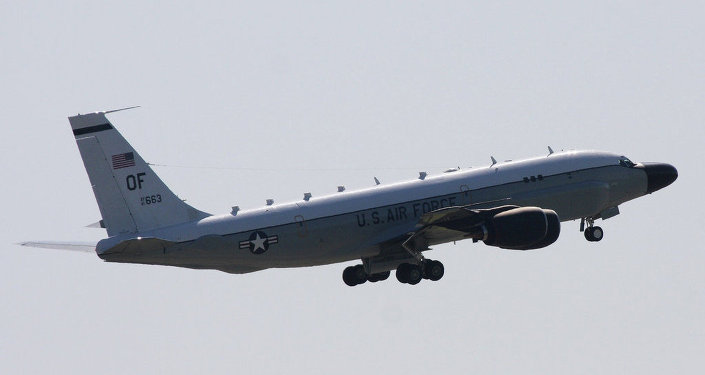 The JASDF’s F-35A Lightning II Joint Strike Fighter, while being flown by 41-year-old Major Akinori Hosomi, reportedly disappeared from radars on 9 April, 135 kilometres (84 miles) east of the Misawa Air Base located in the country’s northern Aomori prefecture.The incident took place during a training flight involving four F-35A fighters; it is the first case of an F-35A crashing, as the warplane, introduced in 2016, has only recently come into service in various countries.