Farcical.  Is that a real word?  Look at the spelling?  Shouldn’t there be an “s?”

Then to add to it, I loaded the Olivia Newton John film, Xanadu and got about halfway through it.  The 70s and 80s were ugly but this was something else, a world of leg warmers, bad hair and shoulder pads.  The language, a script loaded with Hollywood sterotypes and “Brooklynisms” from…

Then today begins with ultimate loser of all time, Bob Barr, trying to ‘splain Trump to the rest of us.  Trump isn’t alone, he has May and Macron with him, both just as bad though I am sure they look down their noses at Trump.

Then someone sent me the Jim Stone piece claiming “proven,” Michelle burned down Notre Dame.  Stone is such an embarrassment, like Santilli and Jones and Heneghan and Webb, sad little people like so many, kissing behind and schmearing on behalf of Zio-World hoping the money to scrape by keeps being “donated.”

I stuck a Michelle Obama video in, a fun watch.  Class lady.  Imagine our current first lady in the same situation, NOT! 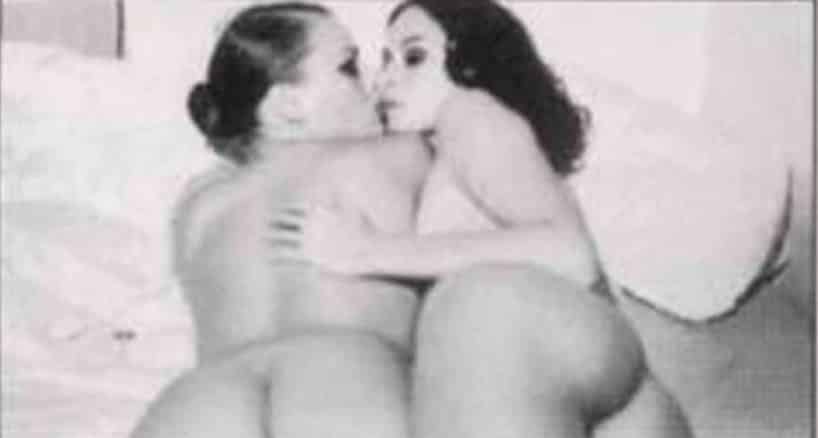 .The racist smears against the Obamas and the bizarre tales about the Clintons are easy to pick out, easy to understand, only if one looks at the attempts of these two presidencies, all 4 elections real landslides, to limit the reach of the Israel lobby and to rein in the treason and espionage that has been at the heart of the GOP since the 1950s.

For those with something left of an intellect, Julian Assange has been a gift from heaven.  I read the supporting docs on his indictment which included his chat history with Manning.  Assange played Manning into jail like a cheap fiddle.  It should have taken seconds to pick out Assange as an “op” as soon as he went after the US for the exact same things others had many years before.

Remember, the WMD issue and the illegal invasions of Afghanistan and Iraq were a big scandal.  Problem is, Assange covered the chickenfeed alone, using 4 databases from Manning and tons of favorable press coverage through Israel’s control of the media to become a celeb.

Personally, as with Trump and Netanyahu, Assange has always been a total ass.  Reading his manning chats, this is a pure idiot, 100% phony, an embarrassment.  The next decade is spent supporting the wars he was exposing, generous praise to and from Israel, his love for Netanyahu and Israel’s ethnic cleansing of Palestinians and his hatred of any competing media that tried to expose false flag terrorism, which is and always has been driven by the needs of Deep State elites whose cash has backed Assange and his unmistakeable stench of Zionism.

George is no idiot, far from it.  He is also published at RT, Russia Today, a publication we cited some time ago as heavily infiltrated by Zionist gangsterism.  I generally like 80% of what Galloway says but, when I look at the publicity he gets and his theatricality, just like Assange, I then turn to our very real UK political expert, Ian Greenhalgh.

Ian says Galloway is “not what he seems.”

His position on Assange is curious because Galloway misses nothing.

Back in 2009, our sources pegged Assange as an Israeli agent.  We began looking at the anti-Zionist movements and their leaders, Blankfort, Shamir, Atzmon, Barrett, and did background on them, in depth.

We brought Atzmon and Barrett into VT and have worked closely with them for many years.  Others, we looked at their history, and we are talking dozens of people, their personal finances, their careers, their family and background, full profiles.  We then looked at how the media promoted them, who was banned, who stopped from speaking, and who got lots of press.

Our conclusion was that the anti-Zionist movement was in almost entirety, including some Palestinian organizations, totally fake.

Take for instance Phil Giraldi and Ray McGovern, both former CIA.  Both are idealists and “real deal.”  We know everything about them and they make sense.  They are stubborn, morally rigid and consistent.

As for others?  Bennett and RDS are similar, paid dues, and full of fight.

Back in 2009 nobody knew, or at least very few knew, that Google and Facebook were part of a tech consortium that “back doored” Intel chips.  Few knew databases were being formulated to profile first “influencers” then everyone, no need for surveillance, we were doing it to ourselves.

I ended up working on data mining projects in the Middle East and eventually walked away, a combination of too much work for too little money and the sick feeling of how Jordan and Egypt and Saudi Arabia and Bahrain and Kuwait and Qatar and Turkey were monitoring millions of people, not entirely knowing their programs were secretly being controlled and monitored through Israel (pretty smart actually).

Though Snowden, for some reason, barely touches this, the software used in each of these countries was put in place first in the US by the CIA.  It wasn’t the NSA at all.  CIA manipulation of public opinion, as is done, and this is their job, outside the US, after 9/11 came home.  The CIA, working through front companies with totally fake legends as “advertising” and “public opinion research” firms, has huge files on every American that can exist for no other reason than a belief that rounding up dissidents in the US is inevitable.

To this extent, Alex Jones has always been right, in a way.

Under the cover of creating software to track potential car buyers (or similar), the CIA has used front firms to run a massive domestic surveillance program a dozen times bigger than Snowden affirmed.  This is one of the reasons we suspect Snowden, his revelations are fake and chickenfeed, the cartoon version of reality quite probably scripted by the CIA.

Other than writing what little I have time for now and managing writers and researchers around the world, and VT’s network is growing exponentially, I avoid social media and even email.

You want to talk, use WhatsApp or similar and talk.  If you are going to plot something illegal, just stop.  You aren’t helping because, chances are, you don’t know what you are doing in the first place.

Were I giving instructions I would tell you to eliminate all sources of information entirely until, one day, you wake up without wanting to get a “fix” on fear and anger from a psych warfare organization like Fox or CNN.

No, Mexicans and “queers” aren’t destroying America and drag queens aren’t in the streets beating up old ladies.

Every second spent on this crap is taken from your children, your family, your friends and your job, if you have one.  Every second makes you less human and more a victim of your own weaknesses, which have been cataloged, collated and sold to the highest bidders.

Own a phone?  Your calls are “key worded” just like emails, listened in on because they are VOIP, “Voice over Internet Protocol” and not subject to wiretap protections.

The only calls that are protected are landline or strait “cellular” which uses public network nodes.  90% of calls in the US (by individuals) are pure VOIP and have no legal protections.  Voice calls that use provider networks may be listened into and data mined just like GMail.

VOIP calls are subject to a number of algorithms, from keyword searches, to calling patterns, to caller and receiver meta locators as well.

Every aspect of your personal life that goes out on a mobile phone is sold to someone, perhaps as profile data or even, if you are “targeted” word for word dialog.

Imagine yourself in high school forever, subject to locker searches without probable cause.  At one time, you might well have wondered who might want to know so much about how you think but consider this.

Your phone rings, another fake call that the “no call list,” were it enforced, should have blocked.  The call seems to indicate some information about your private business or perhaps are you just paranoid?  Fake IRS and Social Security calls, debt relief, fake health scares, are they all by accident.

What Google has always done with your email, not just internet searches, keywording and selling your data, phone has done all along as well.

Anyway, a few words from Jim Stone, not sensible words but words from the Deep State intended to prey on the stupid. My hope is that you are not one of those:

This is going to be the top posted report for several days, and it will not drift down the page. If you link this, it will be what people see on top.

To get this all started: I had heard of Michelle Obama’s dinner cruise coinciding with the burning of the cathedral, but was not certain it would be possible to pin it down on her. As it turns out, it was possible to. Other people had already posted on this topic, but the work was done in a way that could be questioned as to how legit it was. So I set out to see if there was a way to actually pin it down, and there was a way. There is no doubt the elite New World Order crowd burned Notre Dame and celebrated, I have this sewn up in a body bag. Let’s get started.

The mood of passengers changed when news of the fire at Notre Dame filtered through. At one point during the cruise, Mrs Obama stared intently at a fellow passenger’s phone