Much is being said about anti-Semitism these days. We often hear US politicians from both major political parties warning us about the dangers of anti-Semitism. The US State Department has a special department dedicated solely to combating anti-Semitism around the globe, the Special Envoy to Monitor and Combat Anti-Semitism.

This department of the US State Department is paying $2 million to fight anti-Semitism in Europe and in Central Asia. Recently, when Democrat US Representative Ilhan Omar made a factual statement about the wealthy Israel lobby and its most powerful branch, the American Israel Public Affairs Committee (AIPAC), using money to influence US politicians to support the Jewish state of Israel, she was attacked, not only by Republicans, but also by her own Democrat Party, as being anti-Semitic.

Trying to answer the title question of this article, we first need to define the word Semitic. Semitic is defined as “relating to the peoples who speak Semitic languages, especially Hebrew and Arabic.” This definition of Semitic includes both Jews and Arabs. Therefore, when the US State Department combats “anti-Semitism” they are really combating anti-Jewish ideas, people and organizations. 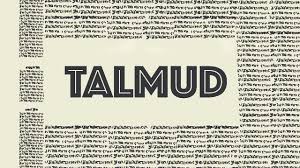 Likewise, when people criticize Omar for telling the truth about the Israel lobby, instead of labeling her as being “anti-Semitic”, her critics should have accused her of being anti-Jewish, as her statement that the Israel lobby and AIPAC use money to influence US politicians to support the Jewish state of Israel was limited to Jews and the Jewish state and did not include all Semitic people.

The Jewish founder of the war-mongering and Hebrew Bible/Old Testament based neoconservative movement, Leo Strauss, pointed out in his speech Progress or Return: The Contemporary Crisis in Western Civilization the fact that the word anti-Semitism is a misnomer. Strauss said,

Once progress was indeed achieved, hatred of the Jews could no longer present itself among educated or half-educated people as hatred of the Jews. It had to disguise itself as “anti-Semitism,” a term invented by some bashful German or French pedant of the nineteenth century. It is certainly a most improper term.

Unfortunately, by consistent misuse over the centuries, anti-Semitism now is generally accepted as meaning anti-Jewish.

With these facts in mind, and using the popular definition of anti-Semitic to mean anti-Jewish, one of the most commonly used methods of spreading anti-Semitism since the early days of Christianity, was to portray the Jews as Christ killers, responsible for the brutal killing of the person Christians see as their savior, the Jew, Jesus Christ.

Judaism has two primary sources of religious teachings, the Hebrew Bible, what Christians refer to as the Old Testament, and the Talmud.

The Talmud “is the central text of Rabbinic Judaism and the primary source of Jewish religious law (halakha) and Jewish theology.” Its 6,200 pages consist of a collection of rabbinic writings from the second century CE known as the Jerusalem Talmud, but which many scholars prefer to call the Palestinian Talmud because in the second century CE there were  no Jews living in Jerusalem (contrary to false claims made by modern Israel and Israeli PM Netanyahu that Jerusalem has always been the Jewish state’s undivided eternal capital). The Talmud also consists of the Babylonian Talmud (Talmud Bavli), which is a compilation of rabbinic writings and teachings completed in 500 CE.

Though the anonymously written four Gospels differ on when Jesus was crucified, with the Gospels of Matthew, Mark and Luke claiming it was after Passover and that the last supper was the Passover meal, while the Gospel of John claims the last supper was not the Passover meal, but that it took place prior to Passover, they all claim it was the Romans who killed Jesus by crucifixion.

The Babylonian Talmud teaches that Jesus was a Jew who was a heretic (the Deist Thomas Jefferson had interesting ideas about Jesus being a Deist who tried to correct the Jews in their beliefs about God) and who committed blasphemy by falsely claiming he was the Jewish Messiah and the son of God.

The Talmud also teaches that Jesus practiced sorcery and was an idolater who was guilty not only of idolatry himself, but of leading other individual Jews, and of attempting to lead all of Israel, to idolatry. (This recent article shows that in the modern Jewish state of Israel, idolatry is still taken very seriously and that Christian churches are considered a form of idolatry.) According to halakhah/Jewish law, these crimes Jesus was found guilty of by the Jewish priests were punishable by death.

The Hebrew Bible/Old Testament teaches at Deuteronomy 21:21-23 that God commanded that people executed under halakhah/Jewish law be stoned to death, and then that their corpse be hung on a tree. It also demands that the corpse is to be removed from the tree before nightfall. According to the Babylonian Talmud, it was the Jews who executed Jesus in this way, and not the Romans who executed Jesus through crucifixion (maybe Christians should wear a stone around their necks instead of a crucifix or cross).

The Talmud also teaches, as the Gospel of John does, that Jesus was executed on the first day of Passover, with Passover beginning that evening, and not after Passover, as the Gospels of Matthew, Mark and Luke claim.

In the important and interesting book Jesus In the Talmud, Peter Schäfer summarizes the Talmud’s teachings on the worldly fate of Jesus. He wrote:

What we then have here in the Bavli is a powerful confirmation of the New Testament Passion narrative, a creative rereading, however, that not only knows some of its distinct details but proudly proclaims Jewish responsibility for Jesus’ execution. Ultimately and more precisely, therefore, it turns out to be a complete reversal of the New Testament’s message of shame and guilt: we do accept, it argues, responsibility for this heretic’s death, but there is no reason to be ashamed of it and feel guilty for it.

We are not the murderers of the Messiah and Son of God, nor of the king of the Jews as Pilate wanted to have it. Rather, we are the rightful executioners of a blasphemer and idolater, who was sentenced according to the full weight, but also the fair procedure, of our law. If this interpretation is correct, we are confronted here with a message that boldly and even aggressively challenges the Christian charges against the Jews as the killers of Christ. For the first time in history, we encounter Jews who, instead of reacting defensively, raise their voice and speak out against what would become the perennial story of the triumphant Church.

Since religions and their clergy aren’t satisfied with inflicting solely Earthly suffering and punishments against people who disagree with them, the eternal fate of Jesus is an ungodly and repulsive punishment. According to the Talmud, Jesus is spending eternity living in boiling excrement.