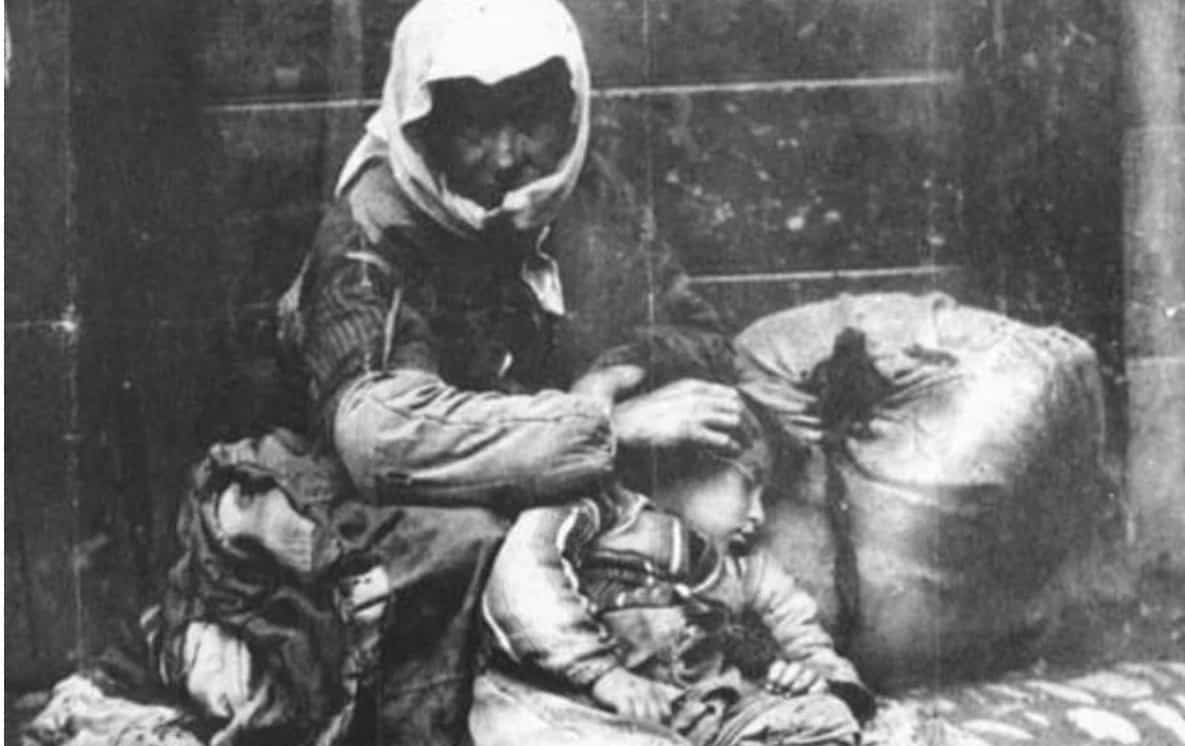 Turkey still denies the persecution suffered by the Armenians after WWI

While Britain has offered apologies for the famine that Ireland suffered at its hands in the mid 19th century, Armenians today still wait for a similar apology from Turkey.

Read More: “We were nothing and nothing could be done for us” – new Irish Famine account

Up to 1.6 million Armenians died in the genocide ordered by Turkish leaders starting in 1915, just over a half-century after the Irish famine. Yet as another anniversary looms, the current Turkish government still denies genocide.

In commemorating the Irish Famine, the Irish are partially consoled by the British government’s apology offered by former UK Prime Minister Tony Blair in 1997:

“The famine was a defining event in the history of Ireland and Britain. It has left deep scars. That one million people should have died in what was then part of the richest and most powerful nation in the world is something that still causes pain as we reflect on it today. Those who governed in London at the time failed their people.”

The people of Armenia have had no such luck as the horrific deeds of the Young Turks, who ruthlessly ran the Ottoman Empire, have never been acknowledged by Turkey.

Far from it – Turkey has spent countless millions spreading fake news that such a Holocaust even occurred. When the pro-Armenian film ‘The Promise,’ directed by Irish filmmaker Terry George, was released, it was subjected to a massive worldwide campaign to discredit it.

Uzay Bulut, a Turkish journalist based in Washington, D.C., says: “The genocide was carried out during and after World War I and implemented in two phases—the wholesale killing of the able-bodied male population through massacre and subjection of army conscripts to forced labor, followed by the deportation of women, children, the elderly, and the infirm on death marches leading to the Syrian Desert.”

“Driven forward by military escorts, the deportees were deprived of food and water and subjected to periodic robbery, rape, and massacre.”

Read More: Famine movie on its way but was it genocide by the British?

The  Holocaust Encyclopedia further confirms that an Armenian genocide was indeed attempted and began in April 1915, 104 years ago this month.

The Holocaust Encyclopedia states: “Sometimes called the first genocide of the twentieth century, the Armenian genocide refers to the physical annihilation of Armenian Christian people living in the Ottoman Empire from spring 1915 through autumn 1916.”

“There were approximately 1.5 million Armenians living in the multiethnic Ottoman Empire in 1915. At least 664,000 and possibly as many as 1.2 million died during the genocide, either in massacres and individual killings, or from systematic ill-treatment, exposure, and starvation.”

“Ottoman authorities, supported by auxiliary troops and at times by civilians, perpetrated most of the persecution and mass killing. The Ottoman government, controlled by the Committee of Union and Progress (CUP; also called the Young Turks), aimed to solidify Muslim Turkish dominance in the regions of central and eastern Anatolia by eliminating the sizeable Armenian presence there.”

“Mass atrocities and genocide are often perpetrated within the context of war. The destruction of the Armenians was closely linked to the events of World War I. Fearing that invading enemy troops would induce Armenians to join them, in spring 1915 the Ottoman government began the deportation of the Armenian population from its northeastern border regions. In the months that followed, the Ottomans expanded deportations from almost all provinces regardless of distance from combat zones.”

“The victims of the Armenian genocide include people killed in local massacres that began in spring 1915; others who died during deportations, under conditions of starvation, dehydration, exposure, and disease; and Armenians who died in or en route to the desert regions of the southern Empire [today: northern and eastern Syria, northern Saudi Arabia, and Iraq]. In addition, tens of thousands of Armenian children were forcibly removed from their families and converted to Islam.”