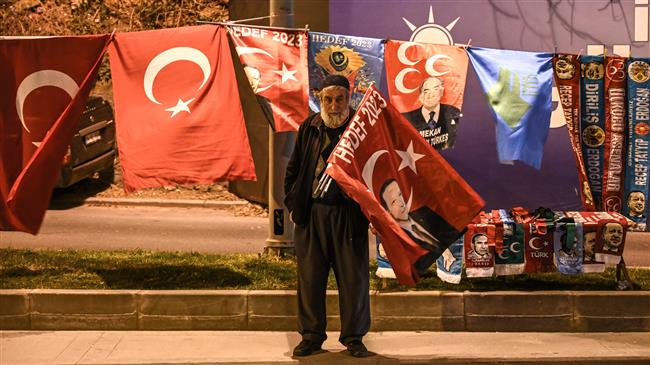 Update: This one, from April 1st, fell through the cracks and did not get posted. I am running it on a slow holiday night, as it was the first major reversal politically for Erdogan in some time and deserved some exposure. Erdogan is still supplying the jihadis in northeast Syria as a political lever on Damascus…JD

[ Editor’s Note: Well, a little rain falls on Mr. Erdogan’s 16-year ruling AKP party parade. His losses are even more significant when you consider his closing down opposition newspapers and arresting many of the opposition leaders on terrorism charges, a massive abuse of emergency powers.

He was not the first, nor will he be the last to use such a tactic to not only boost his own political power, but to hardwire him and his party into the power structure by getting new laws passed transferring more power into his own hands.

The election news so far is focused on domestic issues, as if foreign policy were no concern at all. The Turkish involvement in supporting the Syrian militants with arms, munitions and logistics reports is never mentioned, even by Russia or Iran, while all three claim to support Syrian territorial integrity.

That is a make-believe game, because if it is bad for the US to be in Syria uninvited, then the same should be true for Turkey. The moral high ground is surrendered via this duplicity. But what can I say? They never listen to me 🙂 … Jim W. Dean ]

Turkish President Recep Tayyip Erdogan’s ruling party has suffered heavy losses in nationwide local elections, a sign that rising levels of unemployment and the backlash from last year’s currency crisis are starting to take their toll on his years-long domination over Turkey’s politics.

Turks voted to elect scores of mayors, city council members, and other local officials on Sunday, in what the Turkish head of state had described as a matter of “survival” for the country and his Justice and Development Party (AKP), which has ruled Turkey for more than 16 years.

Initial vote counts reported by Turkish media show that the AKP has lost the mayoral race in the capital Ankara to the opposition Republican People’s party (CHP), a first in the past 25 years.

With 99 percent of the ballot boxes counted, Mansur Yavas, the candidate of the opposition alliance, was winning with 50.89 percent of the votes in the capital while the AKP was lagging behind with 47.06 percent, state-run Anadolu news agency reported, citing preliminary results.

The CHP also claimed victory over AKP in its Aegean coastal stronghold of Izmir, the country’s third largest city.

Things did not look well for the AKP in Istanbul either as Supreme Election Board (YSK) chairman Sadi Guven said Monday morning that Imamoglu was in the lead by around 28,000 votes. Earlier, mayoral candidates from both parties claimed victory in Istanbul.

AKP candidate and former Prime Minister Binali Yildirim claimed early victory but Imamoglu disputed the claim and projected himself as the winner, accusing Yildirim of “manipulation” by declaring victory.

The ruling party’s officials said they would challenge thousands of ballots in Istanbul and Ankara. The results are considered a heavy blow to the AKP, which under Erdogan’s leadership has won every election since it first came to power in 2002.

The people have voted in favor of democracy. They have chosen democracy,” said CHP leader Kemal Kilicdaroglu.

Nationally, however, the president’s AKP has won more than 51 percent of the vote in the municipal elections. Erdogan in a late Sunday speech stressed that his party remained “the number one party” in Turkey.

He also appeared to have admitted defeat in Istanbul, but stressed that his party would still control the district councils.  “Even if our people gave away the mayorship, they gave the districts to the AK Party.”

Erdogan, who was apparently dissatisfied with the election results, said that the AK Party would appeal results wherever needed, while adding that there was a need for making the system of governance in Turkey more dynamic.

“If there are any shortcomings, it is our duty to correct them,” he said.

Erdogan vowed to focus on the Turkish economy ahead of national elections scheduled to take place in 2023.

Sunday’s elections were the first since the public voted in a referendum in favor of the adoption of a presidential system that expanded Erdogan’s powers in April 2017.

But Erdogan, who is credited with boosting the country’s economy with his savvy to attract foreign investment and invigorate the tourism industry over the past years, has recently become vulnerable to criticism with the economy in recession, inflation in double digits, and unemployment rising.

Turkey’s economy has been declining following a currency crisis last year that saw the Turkish lira lose more than 30 percent of its value. The lira weakened 0.3 percent against the dollar early on Monday over the results of the local elections.

Emre Erdogan, a professor at Istanbul Bilgi University, who has no relations to the president, said the results were going to hurt Erdogan, who is known for his success in votes and his style of government.

“These losses will harm his reputation as a good local politician,” he added.

Meanwhile, Hatem Yavuz, a diplomat and political analyst, has told Press TV that the reason why the tide has turned against the ruling party is because of the dire economic situation that started in August last year.

“Unemployment rate has gone up, the Turkish lira devalued by 40 percent on average … and the ongoing fight, I should say, in bold language with the US,” he commented.