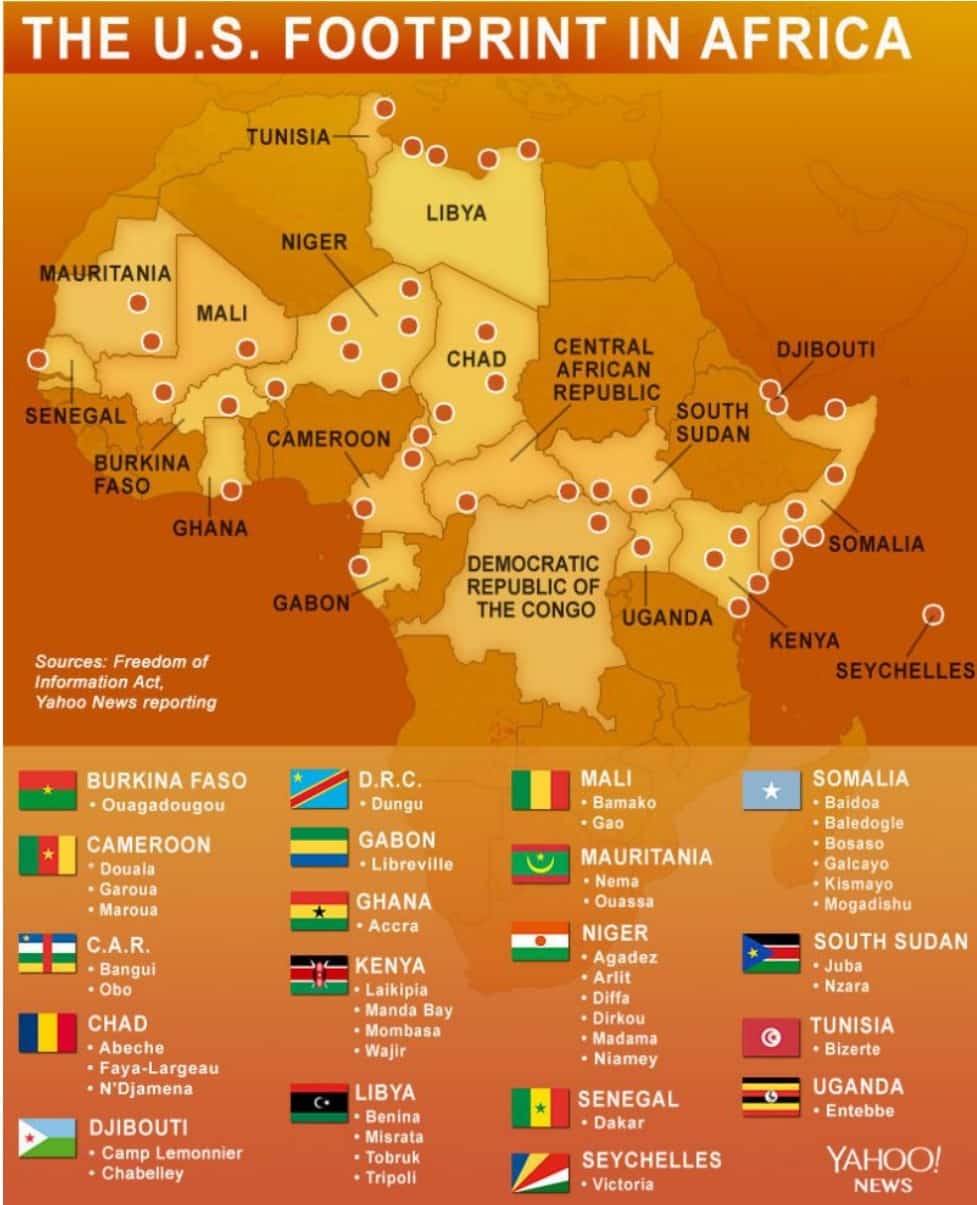 Juniper Shield and Obsidian Nomad II were not isolated efforts but part of a panoply of named military operations and activities U.S. forces have been conducting from dozens of bases across the northern tier of Africa. Many of these operations are taking place in countries that the U.S. government does not recognize as combat zones, but in which U.S. troops are nonetheless fighting and, in several cases, taking casualties.

Between 2013 and 2017, U.S. special operations forces saw combat in at least 13 African countries, according to retired Army Brig. Gen. Don Bolduc, who served at U.S. Africa Command from 2013 to 2015 and then headed Special Operations Command Africa until 2017. Those countries, according to Bolduc, are Burkina Faso, Cameroon, Central African Republic, Chad, Democratic Republic of Congo, Kenya, Libya, Mali, Mauritania, Niger, Somalia, South Sudan and Tunisia. He added that U.S. troops have been killed or wounded in action in at least six of them: Kenya, Libya, Niger, Somalia, South Sudan and Tunisia.