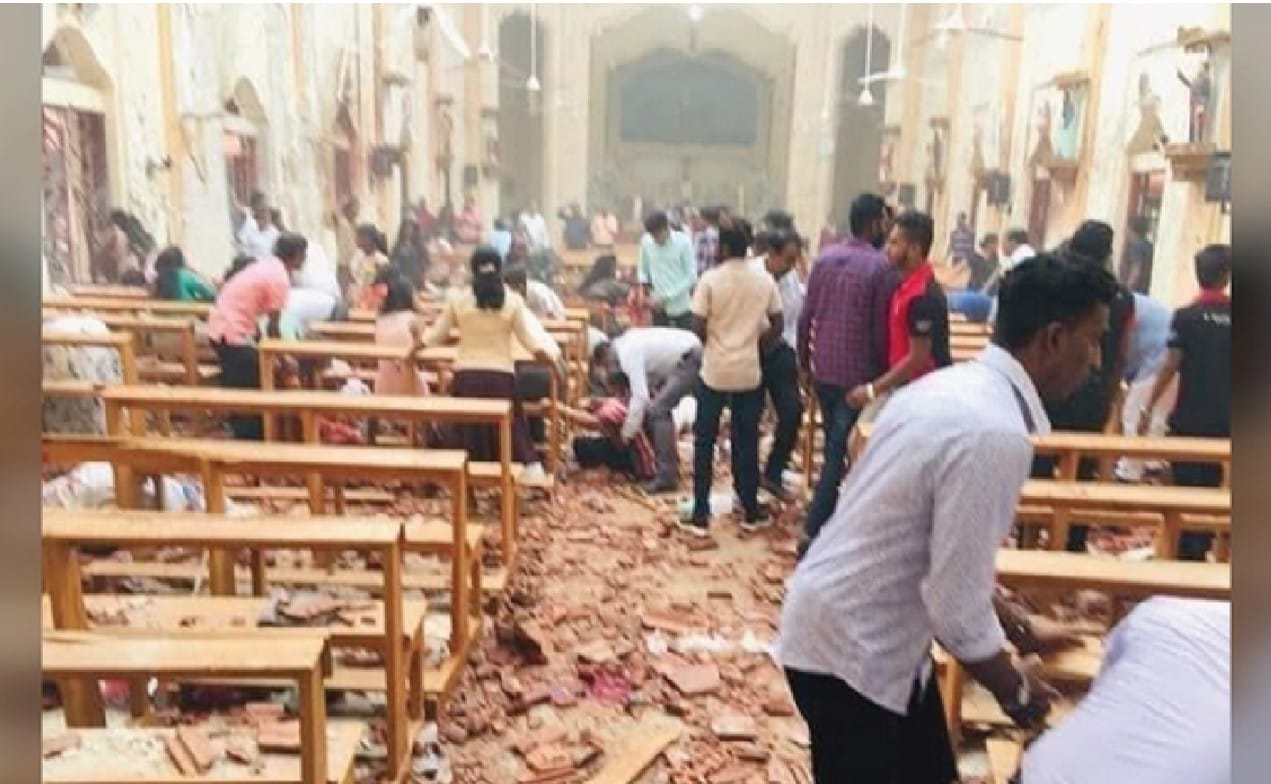 ATTACK WITH SIX EXPLOSIONS
DEVELOPED LUXURY HOTELS AND PLACES OF WORSHIP
DURING THE FUNCTIONS OF RESURRECTION
OVER 400 WOUNDED. THE IMAGES OF THE STRAGES

The death toll from Sri Lanka worsens by the minute, turning a massacre into a terrible holocaust. Already more than 100 confirmed deaths. It looks like even 138, but the over 400 wounded make this report provisional unfortunately as relief efforts have been working for hours to bring the victims to the collapsed hospitals and to extract the bodies from the rubble of churches and hotels.

This Easter of blood seems destined to become one of the most serious in history. And it happens a few days after the fire of the Notre Dame Cathedral in Paris.  Two events that shake Christianity ever more marginalized by persecutions in many countries of the world but also by the political , Masonic and atheist worldly anti-society of many Western governments. The demon free from the chains fosters ever more moral collapse, hatred and violence because he knows that we are really approaching the end times and at the time of his final sentence.

Only a spiritual and supernatural vision can in fact give an explanation to such bestial murderous evil that is unleashed on the day of Christ ‘s victory over death : the only lifeline in the face of human frailty. On the day when as a Christian I had risen full of joy, I have to cry to the dead brothers only because they rushed to the churches to sing praises to the Risen Jesus. Lives broken in a contemporary martyrdom even more ferocious than that of the first Roman emperors because they are sneaky and sudden even in those nations where peace seems to reign.

A planned attack in the smallest detail on Christianity and in general on that West which, although it denies it, is the cradle of it in many countries and hearts. Exactly as happened last January 27 in the Philippines a premeditated massacre hits Sri Lanka where Christians are only 7.5% of the population, mostly Buddhist but with many Hindus. So far, there have been more than 50 deaths in the massacre, but the budget is unfortunately destined to rise as there are 300 injuries, some of which are serious, as confirmed by the local authorities.

Six explosions hit Catholic churches in Sri Lanka just as Christians had just begun Easter Sunday celebrations. The blasts occurred around 8.45 am local time (three and a half hours ahead of Italy) in the church of Sant’Antonio in Colombo and in the church of San Sebastiano in Negombo, a city with a Catholic majority outside the capital. The Church of Zion in Batticaloa on the east coast was also targeted.

At about the same time, five-star Shangri-La, Cinnamon Grand and Kingsbury hotels were also affected, police said. All attacks appear to have been coordinated. At least 52 people, according to Russia Today and BBc, were killed, according to local media reports that cited police. But the number of victims of this horrendous massacre is still temporary because there would be about 280 wounded.

A bloody Easter reports the drama of Christian persecutions in the world in a country like Sri Lanka where the phenomenon had never been recorded with gravity. He does not appear in the list of countries at risk drawn up by Christian organizations Aid to the Church in Need and Open Doors but it is still close to India where, on the contrary, the dramas of the violence against the followers of Jesus are unfortunately daily. In the Indian continent, just in recent days, Catholic associations had celebrated the restoration of the Good Friday feast initially suppressed by a government provision. Only a few weeks ago, however, an Indian had been beheaded by Hindu fanatics just because he had converted to Christianity .

At the moment the perpetrators of the gesture that also reproposes the specter of the Tamil Tigers terrorists, the communist and Marxist formation that surrendered only in 2009 after 26 years of civil war and the state of emergency in the Singhalese island, are still unknown. Muslim faith. From a religious point of view, Theravada Buddhism (70.2%) and Hinduism (12.6%) are the predominant religions, followed by Islam (9.4%) (of which the majority speak Tamil, mostly Sunnis, 7%) and Christianity (7.8%) of which 6.8% Catholics and 1% Protestants. Ethnic minorities include the Burghers (1%), of mixed Asian-European descent, and the Wanniyala-Aetto or Veddah, the few descendants of the island’s first inhabitants. On the island there is also a small Zoroastrian minority,