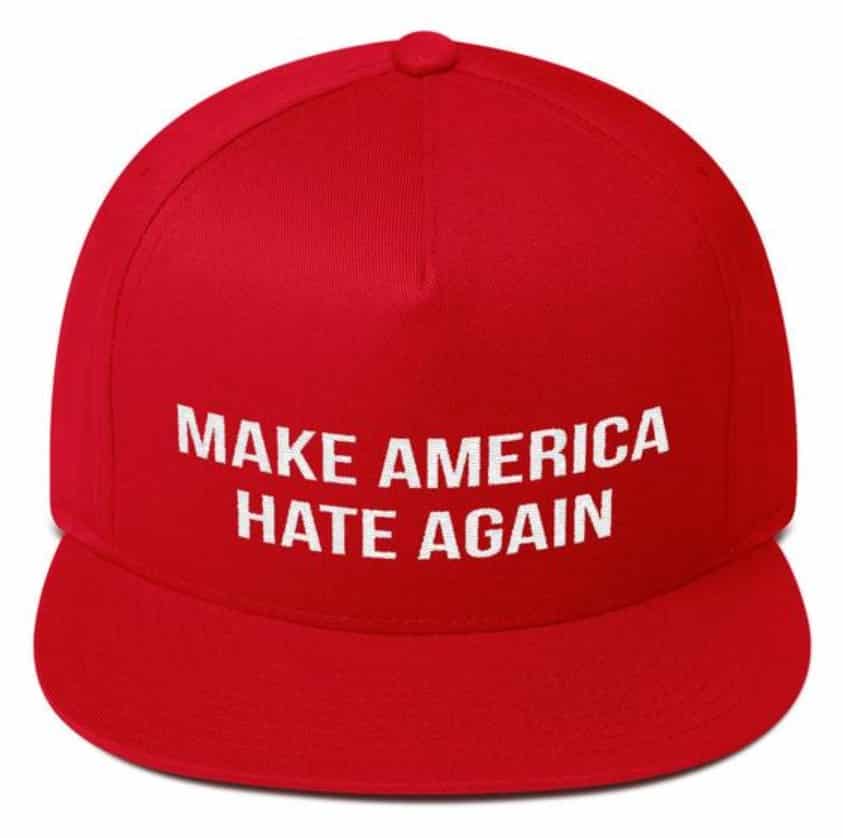 I found the article below at the Daily Beast.  We aren’t sure who says they are running now but the history of the DB is Newsweek and the Kosher Nostra through Jane Harman (wife/widow of the very cool stereo guy).

This is Easter Sunday and we are also two days into Passover.  The world is reeling in hate, Notre Dame, Sri Lanka and, most of all, the sickness that has infected America.  This is how we ended up with a human pustule in the oval office.

Nobody wants what’s going on, all information, and I assure you that everything you see comes from a single source (except this…and we can’t even be sure of that, can we?), world organized crime.

Everything you think and feel is scripted for you by AI profiling.  Those who surrendered first, the very fearful, the cowards, turned to Trump, a genetic failure at the end of a long line of brothel owners.  This is a real photo of the first lady which has to be kept on a thumb drive in a drawer.

We aren’t kidding, national security level malware has been used to clean the internet of this and other gems about the first family.  Imagine the photos of Jared?  RDS may well have something on this on.

First we get to our story.  It seems a Rebecca Parker Mankey (why 3 names, is this perhaps more of the Kosher Nostra spinning things) is now “missing” after confronting an “elderly” 74 year old wearing a MAGA hat.

First of all, wearing a MAGA hat in public, particularly in the presence of a combat veteran, woman or educated person is worse than wearing a Nazi arm band into a synagogue.

Why is that?  The answer is easy, divide and conquer.  My first issue is “elderly.”  I am not quite 74 but calling me elderly could easily cause a PTSD moment that sometimes ends with someone yelling in my ear, “Put that asshole down before you kill him.”  From the DB:

“Police are searching for a missing California activist who lost her job and received death threats after she confronted an elderly man wearing a Make America Great Again hat earlier this month. The Lake County Sheriff’s Office said Rebecca Parker Mankey, 46, never made it home to Palo Alto after a weekend trip; police traced her cellphone to Aberdeen, Washington, on Friday morning, but she hasn’t been heard from since, according to the San Francisco Chronicle. Mankey gained notoriety after she posted on Facebook about berating a 74-year-old man in Starbucks over his choice of headwear. She was fired from her job at a record store, and she left a political organization she co-founded.”

We all aren’t Donald Trump, the man Attorney General William Barr said was too stupid to “collude” or “obstruct.”  No, not kidding, Barr actually says “angry” and “confused.”

I like that, “Yeah, I stabbed her, over and over and over, I was angry and confused.  Normally I would bomb Syria or Yemen or have some kids starved to death in a refugee camp, as long as they’re not Jewish.”

This Passover, the greatest single disaster for the decent Jewish people of this world is the undying love Donald Trump so often expresses for Jews and Israel, typically through racist rants and acts of violence.  What’s the saying, get in bed with a dog and you end up with fleas?  Dogs deserve a better saying.

Back to the “elderly” crap.  First of all do note that both CNN and the DB were the leading anti-Trump publications that he continually tweeted about except, as VT predicted long ago, the whole thing was fake.  Both are Kosher Nostra owned and controlled, both are AI programmed like the fake Mueller investigation.

VT tried hard to find something in Mueller’s history.  He was a Marine, he went to Vietnam but, as I was a Marine in Vietnam, I also knew that the majority of our senior NCO’s and officers were worthless.

I might add a note seldom told.  At Hill 10, outside DaNang, there was a special secure area for officers and staff NCO’s to protect them from dissident elements, by that we mean African American combat vets who would, from time to time, hunt down “crackers” and cut their throats or “frag.”  This was so common that African Americans were rounded up and taken to remote areas and simply dropped off.

Some joined the VC.  I spent 6 weeks of my life hunting two African American Marines who were leading the Q84 company of Viet Cong in I Corps.  Erased from history and I am assuming now no longer classified.

Put in context today, they may well have been the greatest heroes in American military history with Pat Tillman.  Remember him?

We remember Pat Tillman, former NFL player murdered by a Delta Force sniper team at orders of the Bush White House, or so we are led to believe by rock solid sources.  From the Atlantic:

O’Neal said Tillman, a corporal, threw a smoke grenade to identify themselves to fellow soldiers who were firing at them. Tillman was waving his arms shouting “Cease fire, friendlies, I am Pat [expletive] Tillman, damn it!” again and again when he was killed, O’Neal said…

In the same testimony, medical examiners said the bullet holes in Tillman’s head were so close together that it appeared the Army Ranger was cut down by an M-16 fired from a mere 10 yards or so away.

The motive? I don’t know.  But there’s some mysterious testimony in the SI report about nameless snipers. A reader suggests the following interpretation:

News this weekend said that there were “snipers” present and the witnesses didn’t remember their names. I believe that’s code in the Army–these guys were Delta. In the Tillman incident, these snipers weren’t part of the unit and they were never mentioned publicly before. That’s a key indicator that they weren’t supposed to be acknowledged.

If you’ve ever read Blackhawk Down, Mark Bowden explains how he grew frustrated because interviewed Rangers kept referring to “soldiers from another unit” while claiming they didn’t know the unit ID or the soldiers’ names. It took him months to crack the unit ID and find people from Delta who were present at the fight.

If my theory is correct, the Delta guys could have fired the shots – a three-round burst to the forehead from 50 yards is impossible for normal soldiers and Rangers, but is probably an easy shot for those guys. But because Delta doesn’t officially exist and Tillman was a hero, nobody in the Army would want to have to explain exactly how the event went down. Easier just to claim hostile fire until the family forced them to do otherwise.

This makes some sense to me, although we shouldn’t dismiss the chance he was murdered. Tillman was a star and might have aroused jealousy or resentment. He also opposed the Iraq war and was a proud atheist.”

This is the public story, an assassination blamed on god loving military that didn’t like an atheist.  I do remember Vietnam, not one member of my platoon went to religious services, not a single one.  I never saw a bible and the general consensus was that religion was nuts.  That was then, in a very serious war, unpaid, unfed, unsupported with 20x the current casualty rate at 5% of the pay.

Today we get folks to love to pray and yet we still lose every war but pay so much more for it.

OK, my peeves for today?  If I ever seem “elderly,” please shoot me.

Other points, there is no excuse for spewing hate and a MAGA hat does exactly that.  No one is stupid enough to consider the draft dodging “heel spur” coward and his “pussy grabbing” as anything but disgusting.

Time for some out there, perhaps many, to take a lead from VT and purge your lives of Kosher Nostra propaganda from the “liberal press” which is, of course, owned entirely by “neo-cons.”

What is the saying, “Stupid is as Stupid Does?”