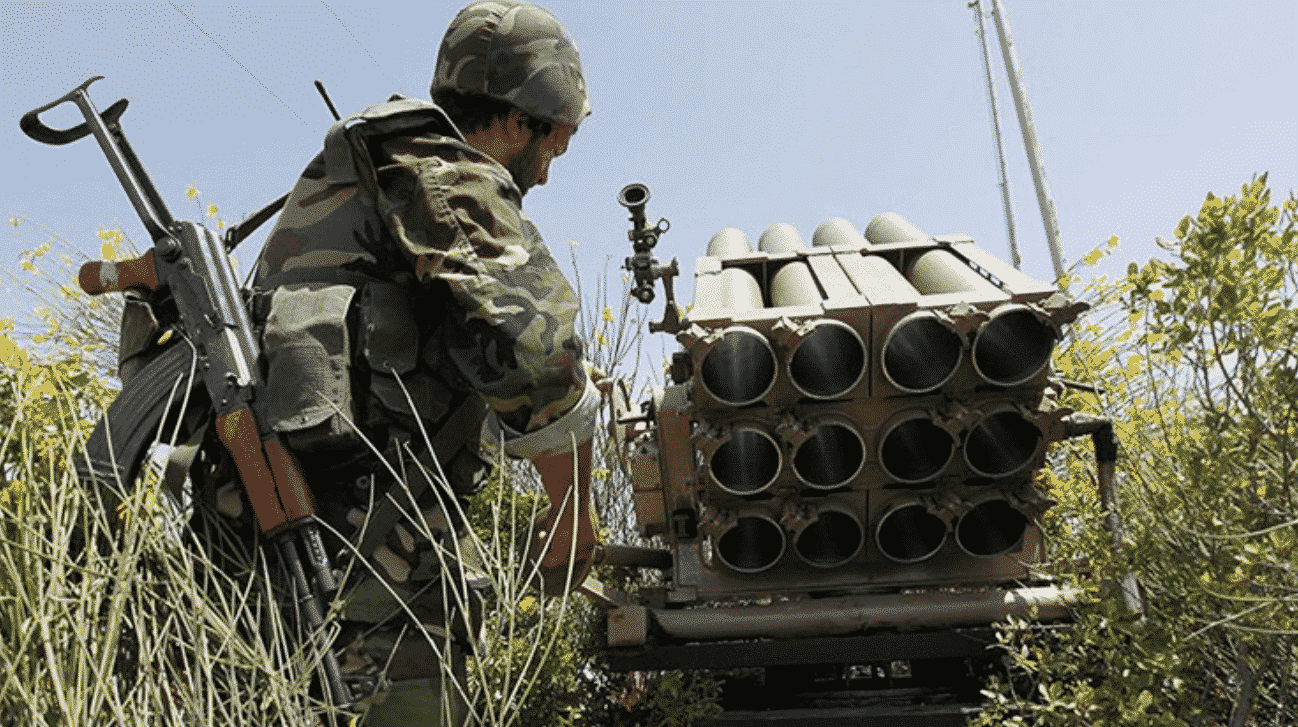 War is coming in Syria. The decision has been made, the targets are outlined. Syria has had enough. The fake color revolution has done more than fail, it has united Syrians in rage, their homes destroyed, their factories looted, their heritage peddled in auction houses in London and New York and now over 2 million Syrian refugees held hostage by the United States.

Israel’s bombing campaign won’t stop it. The targets across Israel have been outlined, the ammonia warehouses in Haifa, the “Valley of Technology” and Israel’s military industries. All will be gone in the first salvo with 200 Iskander M missiles easily evading the “Iron Dome” whose command centers will fall in a prelude.

Sources in Syria say hundreds of launchers, protected by BUK, PantirS and S300 defenses are out of Israel’s reach. Syrian scientists, many with years of experience in Russia’s most advanced missile development programs, may well have created even more surprises.

Netanyahu has kept this from his people. Thousands of Israelis will die in the first minutes. Israel’s nuclear capability is useless, Russia has long informed them that this is a “red line.”

Syria expects to be hit, mass bombing, Israel has plenty of practice bombing civilians. Syria is prepared for death, they have had 8 years of death at the hands of the Takfiris and their American and Israeli “prostitutes” as Dr. Bassam Barakat, a Russian trained physician living in Damascus states clearly.

“The Americans have experience, in Lebanon in the 1980s, in Iraq. When the convoys of coffins begin to go to Washington as happened during the American occupation of Iraq, America will learn the price of its backing of Israel’s attacks on Syria.

The rules of the game and the rules of engagement with Syria have changed.

What will happen is clear, that unless Israel begins immediate diplomatic moves to quell the fires it has ignited across Syria, a war the likes of which Israel has not imagined will descend on the Israeli people who have been lied to by their leaders.

That war may destroy us all, but the Syrian people will survive. However, we seriously doubt that Israel can say the same thing. A storm is coming.”

With the spring of 2019, lines are forming in Damascus, no heat, no fuel for vehicles, intermittent electricity, many foods unavailable, a nation seemingly on its knees due to American and Israeli efforts to starve the people of Syria.

The United States is occupying 35% of Syria and has given that land to Kurdish separatists for them to share with remaining ISIS units that have been largely ignored by the US and its “coalition” allies in now almost 4 years of phony war.

The ethnically Arab lands given to the Kurdish rebels is the breadbasket of the Middle East along with rich oil and gas fields. Similarly, Idlib province, occupied exclusively by al Qaeda under US guidance, is receiving daily arms convoys of new American weapons.

In Southern Syria, the US has set up a training facility adjacent to Rukban, the vast refugee camp where America blocks international observers and also blocks aid convoys. The US is afraid its recruiting and training efforts might well be exposed, efforts that go on daily with endless weapons and supplies while children, only a few short yards away starve at the rate of nearly a dozen a day.

Syria is being forced to go to war and Trump’s move to give Golan to Israel has made war a certainty. The only question is when and the answer is also unexpected, sooner than anyone might guess.

We know this, Syria has asked Russia to inform the US that Syria expects the US to withdraw from all territories East of the Euphrates.

Syria has also informed Russia that American air power will no longer be allowed to operate inside Syria and that all agreements that may have held during the war on ISIS are over. This means that American aircraft may be fired on.

Syria has demanded the immediate withdrawal of all non-Syria military forces from the governates of Deir al’Zour, Raqqa and Hasaka, for the ISIS training facilities to be closed, for the mercenaries to be sent home, the poison gas production facilities to be closed and the command centers with their Saudi, Qatari and Israeli advisors to empty.

One might ask why the strong talk from a nation that is supposed to be on its knees? Let’s look at the record.

America is now negotiating with the Taliban, leaving Afghanistan with its tail between its legs as it had Vietnam some 5 decades ago.

The situation in Iraq is worse, some 5 thousand Americans still think they are occupying that nation while rage is stirring there also. Iraq knows it was nearly destroyed by the Takfiris with full complicity of Washington and Tel Aviv, a quarter of a million Iraqis dead and millions lived in brutal slavery for years.

Tens of billions in Iraqi oil was stolen while the profits lined American pockets.

The language here is the language of anger, much of it translated from Arabic. Israel and America will ignore it.

Seldom has anything been as clear as the situation inside Syria. It cannot be said enough, “8 years of war,” and it needs to be said over and over, ethnic cleansing, gas attacks, mass kidnappings, institutionalized rape, theft on an unimagined scale.

The enemy, and this was never a civil war, it was something unique, the enemy was and is world organized crime as I pointed out in Damascus on that morning in December 2014. A bill is due and the nations that allowed themselves to submit to criminal rule will learn lessons a thousand times worse than 9/11.

Gordon Duff is a Marine combat veteran of the Vietnam War that has worked on veterans and POW issues for decades and consulted with governments challenged by security issues. He’s a senior editor and chairman of the board of  Veterans Today, especially for the online magazine “New Eastern Outlook.”
https://journal-neo.org/2019/04/19/syria-a-storm-is-coming/

Meltdown: Trump removal from Office required, Pence needs to be Sworn In

Warning: Can Scientists Stop the Plague of the Spotted Lanternfly?

Is Monsanto killing you under the guise of science?

Racist? Crazy? So are many if not most of his followers as...

Guardian: ‘Not Special anymore’: how the Senate has failed the American people

Proposed: Declaration of War Against the RKM