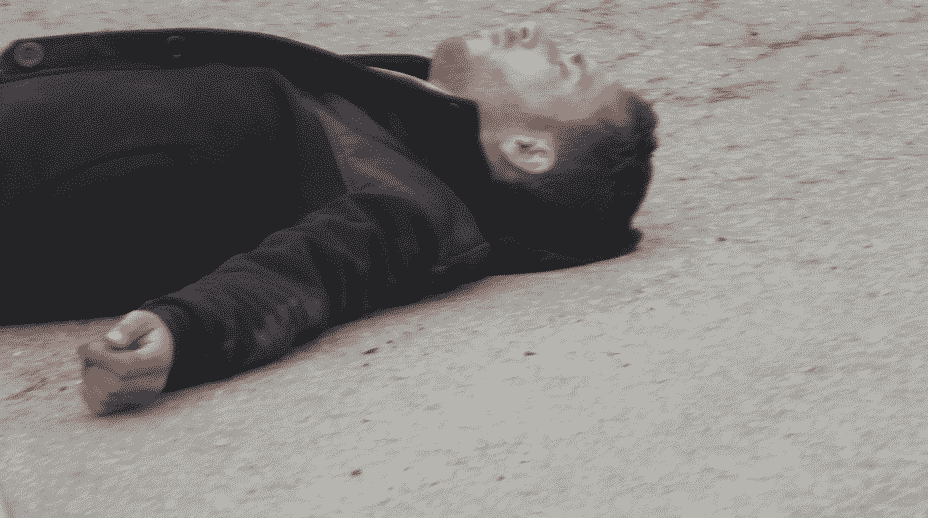 From RT by Rainer Rupp, former top NATO spy for the DDR

Jewish settlers execute a Palestinian lying on the ground. Israeli soldiers destroy the evidence. No one investigates the cold-blooded murder. This is the standard procedure in Israel. But our media repeat the lies like parrots.

Let’s start with the facts as presented by the Jewish-Israeli journalist Yossi Gurvitz on 17 April 2019 on the Israel critical US Jewish website Mondoweis:

“About two weeks ago, on April 3, the Palestinian Muhammad Abed Al-Fatah, a resident of the village of Khirbat Qais, threw stones at several passing cars with Israeli license plates on the thoroughfare of the Beita village square. A Jewish settler named Yehoshua Sherman fired several shots at 23-year-old Abed Al-Fatah from his vehicle. Then Sherman and another person left the vehicle and approached Abed Al-Fatah, who took cover in front of them. Sherman and the other Israeli shot the Palestinian again and injured him. The two shooters then approached the bleeding and unarmed Al-Fatah, lying on the ground, to execute him with further shots at close range.”

According to Yossi Gurvitz, up to this point everything went according to the “Standard Operating Procedure” of the Israelis for such situations.

Immediately afterwards, the spokesman for the Israeli Armed Forces, officially called the Israeli Defence Forces (IDF), announced that the Palestinian Abed Al-Fatah had been “killed in a knife attack”.

But there was no knife and no knife attack. But that didn’t matter. The IDF spokesman is used to lying when it comes to Palestinians.

So far everything according to the “standard procedure“.

The Israeli media then portrayed the murder as a thwarted knife attack, just as the IDF spokesman wanted.

So much for the “standard procedure.”

Since then, there has been no evidence that the two shooters were arrested, interrogated or investigated by Israeli police on the street for this murder, even though one person was killed.

But then something happened that differs from the “standard procedure“, at least that is what Yossi Gurvitz sees. The IDF soldiers broke into two shops near the crime scene and confiscated two video cameras from the security system, checked the contents of the recordings and deleted them.

All this became known in a report by the Israeli human rights organization B’Tselem, which once again does the job of the Israeli media, prosecutors and police, who are the opposite of investigative when it comes to crimes against Palestinians.

Nor did the IDF soldiers detain the Israeli shooters as required by Israeli law. But that was to be expected, because laws are only effective if the law enforcement authorities enforce them. “Moreover, the vast majority of Israeli soldiers do not even know that they have the right and in such cases even the duty to arrest Jewish settlers,” said Yossi Gurvitz. On the other hand, the Israeli soldiers had obviously shown great initiative in this case when it came to confiscating and destroying the video evidence of the murder. This was quite obviously the lesson the IDF soldiers had learned from the so-called Azaria affair: Destroy the cameras!

The background to this affair: the Israeli soldier Elor Azaria shot the Palestinian Abdel Al-Sharif three years ago, who had previously stabbed an Israeli soldier. Azaria came to the scene eleven minutes after the knife attack and shot a bullet in the head of Al-Sharif, who was wounded and lying on the ground. Azaria had the misfortune to be filmed by a B’Tselem camera.

After the murder – and the shooting of a wounded, unarmed person is a murder in all civilized countries – the powerful right-wing extremist scene in Israel, with strong political support from the ruling parties, began a propaganda campaign against the arrest of the soldier Azaria. She warned that soldiers would now hesitate to shoot terrorists. Azaria finally escaped with a ridiculously low sentence, which he will certainly turn into a large fortune. For he is considered by the Israeli racists to be a great hero who has shown how it must be done.

The IDF soldiers have now internalised the doctrine of destroying cameras and other evidence in the vicinity of crime scenes. In the current case of the murder of Abed Al-Fatah, however, the question arises as to why the soldiers deleted the videos even though the crime was committed not by the soldiers themselves but by settlers? The left-wing Jewish-Israeli journalist Gurvitz cites two reasons for this:

First, the soldiers grew up in a country possessed by “Hasbara“. “Anything that impairs Israel’s image must be suppressed. And secondly, the settlers are just another arm of the Israeli regime. Just like the journalists who didn’t take the trouble to check the bulletin of the IDF spokesman. They didn’t need instructions. They have known their role for a long time. Everyone is working towards the same goal,” Gurvitz said. And alluding to the lying but widespread phrase of the western Israel apologists of the allegedly “only democracy in the Middle East“, journalist says resignedly, it would unfortunately happen in the “only Jewish military dictatorship in the world“.