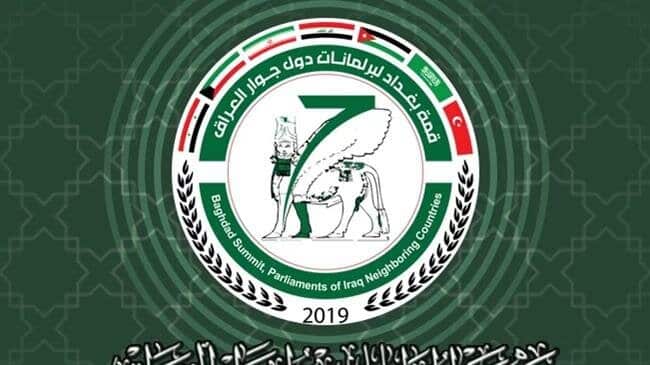 [ Editor’s Note: There are signs in the Arab world, and including Iran, that tribal competitions long exploited during the colonialist period have continued on, but only in a different form.

Instead of pitting tribes against each other in constant conflict, the same tactic has been used at the country level. It has pitted neighbor against neighbor and drained the region’s commercial development potential via huge arms sales used to create endless threats and the need for more arms sales.

This conference showed, with even Saudi Arabia attending an event with Iran, that the NATO powers are not in complete control. If demilitarization is ever to occur, it must begin at conferences like this.

Russia and China are two good examples. They throttled back military spending for a period to address critical civilian economic development which worked for them until, in Russia’s case during the short Georgian war, it saw its military in such a decrepit state that it was forced to rebuild it and has.


Both Russia and China began re-militarizing in response to the US and NATO reintroducing the Cold War strategy of “encirclement”, moving offensive power closer to their adversaries’ borders, an overtly hostile act.

When both responded with increased military budgets to defend against this blatant Western aggression, it was spun to Westerners as a “growing threat” from Russia and China, requiring increased military spending; and unfortunately much of the Western public lapped it up, so they are not innocent in all this.

The US-inspired “Arab NATO” is a failure – one I did not shy away from predicting, on day one, that it would become. Egypt was the key to it all, and was only in it for show, and recently decided to end that charade by bowing out. Libya is more of a concern.

This new coalition will also have to survive the test of time that it is not for show. It is well known that government people in this region like being involved in such things, even if they don’t go anywhere, as there are always plenty of others to blame for it.

But good things can happen, so we wish them god-speed and will be following what they do. The Mideast needs a respite from its years of turmoil… Jim W. Dean ] 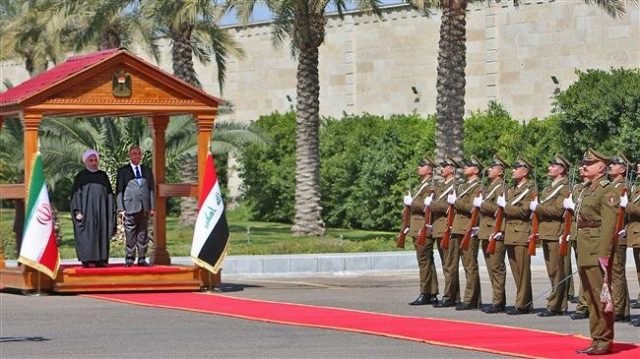 Iraq’s parliamentary summit has brought together the country’s neighbors in what has been described as “a display of rare regional unity”, further sidelining a US initiative to form an “Arab NATO”.

Speaking on Friday, the young Iraqi speaker welcomed the foreign delegations, describing Baghdad as a historical center of “Arabism, Islam and peace”.

“Iraq, proud, prideful and victorious over terrorism, is honored by the presence of its neighbors in Baghdad,” he added.

His deputy, Bashir Haddad, said the summit will have a “significant” impact on cooperation related to the region’s security and stability. He called the summit “a valuable initiative and opportunity for strategic partnerships between Iraq and its neighbors.”

“This is a positive message to all neighboring countries and the world that Iraq is determined to regain its health and return to its Arab, regional environment and assume its rightful place in the map of the balance of power,” he added.

Larijani had initially planned to take part in the summit but was unable to do so due to a conflicting work schedule, reports said. The summit marks yet another important watershed in a recent booming of diplomatic cooperation in a region that was largely been bedeviled by bloody conflicts in recent years.

Despite US presence in Iraq seeking to sideline Tehran, Iranian President Hassan Rouhani and Iraqi Prime Minister Adel Abdul-Mahdi have exchanged what have been described as “historic” visits in the past two months.

The summit in Iraq is a major diplomatic development for Damascus, marking the first time in years it participates in a gathering also attended Turkey and Saudi Arabia.

Both Syria and Iraq are buoyed by their triumphant routing of terrorist and other militant groups, with Iran providing crucial military advisory assistance at the most sensitive junctures.

The battle has brought the three neighbors closer, helping them to expand political and economic ties. Iranian First Vice-President Eshaq Jahangiri recently spoke of an initiative to link the three countries “via rail and road” earlier this month.

On Friday, Syrian Parliament speaker Hammouda al-Sabbagh expressed gratitude for Iran’s assistance in Syria as he met Boroujerdi, saying “no country has helped us as much as Iran”.

“Iran and Syria were partners against terrorism and now we hope to continue that partnership in reconstruction efforts addressing the damage left by the terrorist presence,” he said.

Syrian president says cooperation among his country, Iran, and Iraq in anti-terror struggle has further strengthened their ties.

Al-Sabbagh also said that he was anticipating Larijani to visit Damascus, describing high level relations with Tehran as a “source of pride”.

Boroujerdi congratulated the Syrian nation and government for prevailing over terrorism and condemned US President Donald Trump’s recent recognition of the Syrian Golan Heights as Israeli territory.

Saudi Arabia’s participation in the heightened regional partnership initiative contrasts with US plans to form an “Arab NATO” to counter Iran in the region. Earlier this month, Egypt pulled out of the anti-Iran alliance, further weakening the American initiative.

The parliamentary summit comes as reports indicate that Iraqi officials have been trying to mediate between Iran and Saudi Arabia in recent months.

Baghdad seeks to also strengthen its diplomatic and security ties with its southern neighbor after years of distrust over Saudi Arabia’s support for terrorists in Iraq. Iran’s Foreign Minister Mohammad Javad Zarif has time and again underlined the need for amicable ties between all countries in the region.

Back in January, Zarif told a gathering of representatives from hundreds of Iranian and Iraqi companies in Baghdad that if regional countries wanted a strong region, they had to substitute dialog for war as well as cooperation for an arms race.