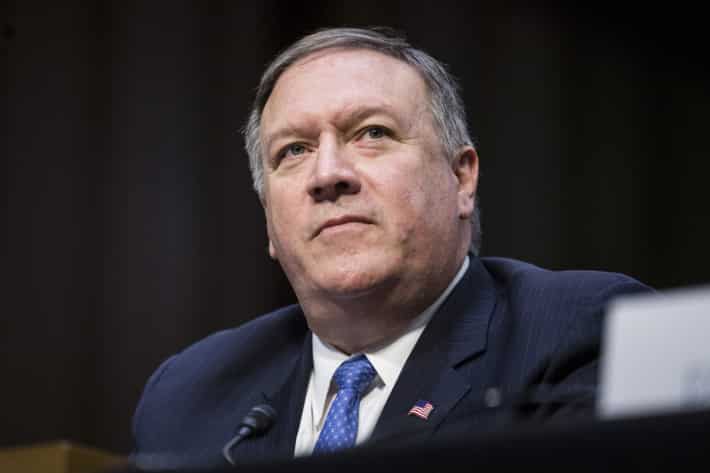 [ Editor’s Note: This is an interesting report because one would expect to see Pompeo revealing some things to an Iranian expat audience here in the US to make them feel part of the process. And he is smart enough to know what he said would be leaked to the media.

So we have to ask if some indirect diplomacy was in play here amongst all the aggressive rhetoric we have had in a constant stream of toward Iran. To that you can add even policy invective, such as the US recently blocking flood aid going into Iran, a childishly stupid move, the kind that has John Bolton’s name all over it.

Read the language below very carefully, when Pompeo says he wants, “a change in the nature and the behavior of the Islamic Republic of Iran and their leadership.” This was not a slip of the tongue.

US policy has been “regime change” in Iran, period, as in having the mullahs overthrown, period. This of course would guarantee a multi decade conflict. Gosh, who might think they could profit from that immensely?

So is this a feint by Pompeo? Maybe it is, but why risk using the American Iranians in this manner, letting them being the canvas of a possible policy change? And why do it now? One must ask the right questions to get answers that are worth anything… Jim W. Dean ] 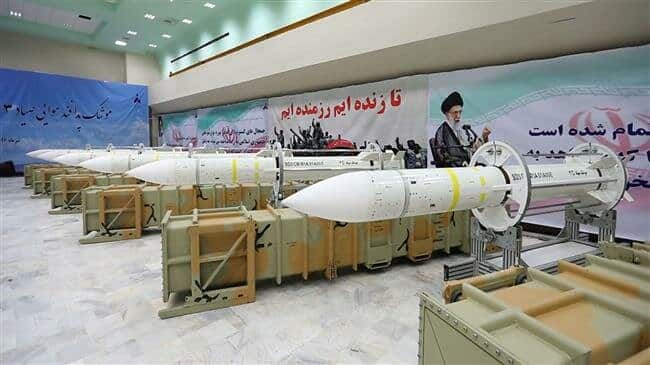 The United States would not be seeking direct military intervention in Iran, Secretary of State Mike Pompeo has reportedly said off the record.

US news and information website Axios reported the remarks Monday, citing three people, who had joined a meeting between the top diplomat and a group of “Iranian American community leaders” at the Renaissance Dallas Hotel, Dallas, Texas.

During the meeting held last Monday, Pompeo, the highest-ranking Iran hawk in Trump’s team, was scrutinized for information regarding Washington’s avowed goal of “regime change” in the Islamic Republic.

He said President Donald Trump’s administration would not be seeking that option to try to bring about such a result, the sources said.

The Islamic Republic has, on numerous occasions, sternly warned Washington against contemplating the slightest instance of military aggression against it, asserting that any potential American mischief would certainly be greeted with a much stronger response.

Pompeo reportedly said that “our best interest is a nonrevolutionary set of leaders leading Iran,” according to notes viewed by Axios.

Also last week, he told a press conference at Texas A&M University that Washington was hoping to achieve “a change in the nature and the behavior of the Islamic Republic of Iran and their leadership.”

Hitting back at the US secretary of state, Iran’s Foreign Ministry Spokesman Abbas Mousavi said Wednesday that “the one who needs to change in nature is the US itself, not Iran.”

Washington’s misbehavior and “unlawful” measures have led to growing calls on the world stage for a change in the US regime’s nature, Mousavi added.

Iran people at mercy of sanctions

Pompeo also reportedly told the group that “there are no guarantees” US sanctions would not hurt the people of Iran.

The Trump administration left a multi-lateral nuclear agreement with Iran last May. Afterwards, Washington re-imposed the sanctions that had been lifted under the accord.

Also on Monday, The Washington Post reported, citing US State Department officials, that Pompeo was to announce later in the day that Washington would not be extending the waivers.

US ties with anti-Iran terrorists

In 2012, the US lifted its terrorist designation of the group, which is responsible for killing thousands of Iranian civilians and officials.

Every year, the MKO throws a lavish conference in Paris, which is participated by top American officials among others. The last edition was joined by US National Security Adviser John Bolton and Trump’s personal lawyer Rudy Giuliani.

Apparently trying to distance Washington from the MKO, though, Pompeo reportedly said, “Ambassador Bolton spoke at an MEK rally. President Trump and I have not.”