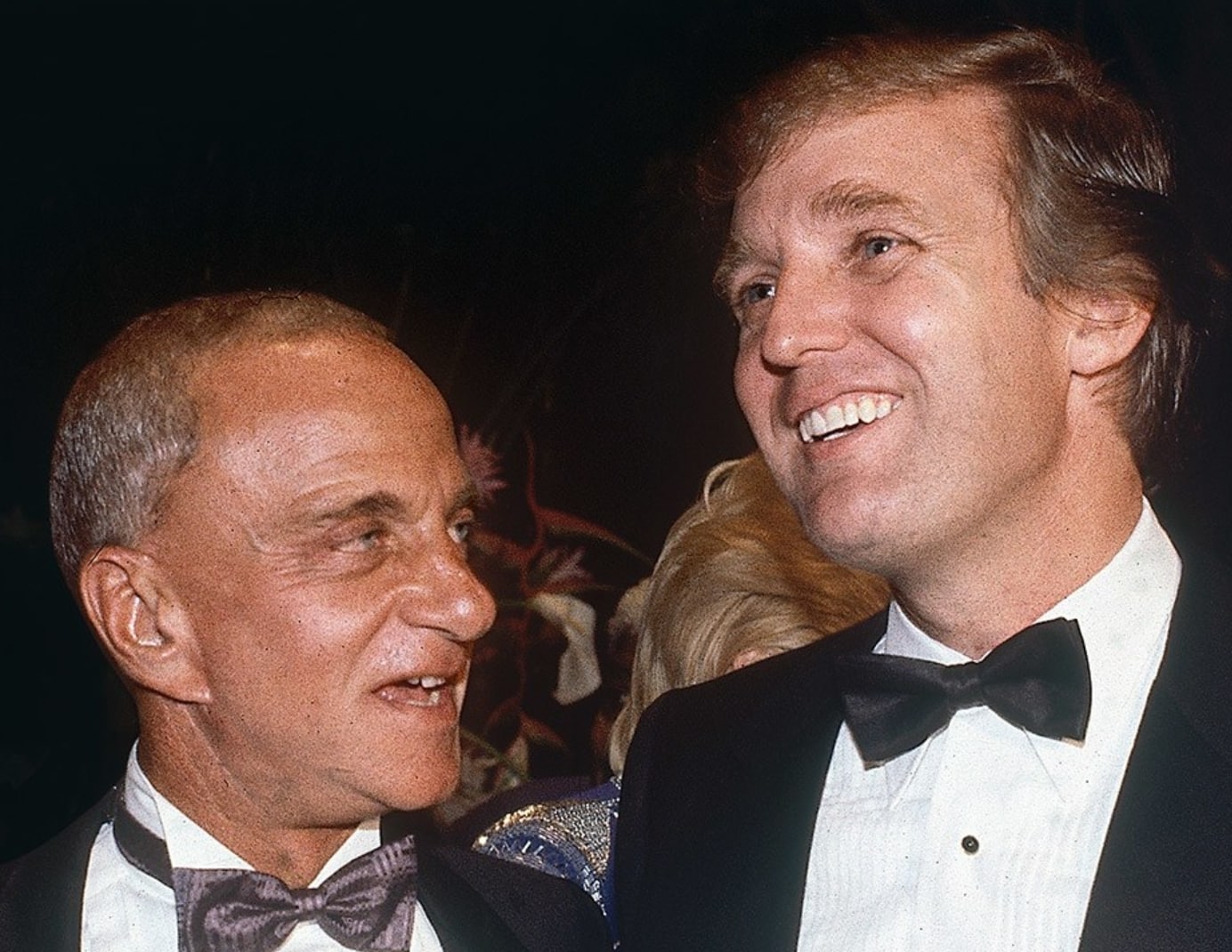 Donald Trump’s war on gays in the military and everywhere else and his crazed “schmears” of gays, Jews and anyone he thinks will bring bigots to his side is also, by our estimation, a case of “he dost protest too much.”

We believe, and with considerable reason, that Trump and his personal history of bovine looking female companions, all “stately” much like drag queens…betrays something of a certain taste for the bizarre that Trump acquired before his move to youngsters during his years with Jeffrey Epstein.

Our sources tell us that Trump’s 1980s in New York, often on the arm of “bigger than life” sleaze Roy Cohn involved more than a minor amount of what Trump loves accusing others of, “taking it from behind.”

Not everyone who visited Studio 54 was gay but most were.  In fact, it is low listed as a historic site for LGBT celebs: Studio 54

“The club was known for its velvet rope door policy where Rubell hand selected guests ranging from unknowns to high-profile gay, bisexual, and straight celebrities. At capacity, the club could accommodate 2,000 patrons with a 5,400 square-foot dance floor and 85-foot high ceilings.

Special effects included fluttering fabric flames, floating aluminum strips, neon wheels, strobe lights, and the legendary animated Man in the Moon with a Cocaine Spoon sculpture. Well-built bartenders and busboys dressed in gym shorts and sneakers added to the sexual energy of the music and crowd.”

Trump rats himself out in the UK Sun article, more fake masculinity from someone who avoided military service with what is reputed to be a fake bone spur on his heel, a note written by a tenant of one of dad’s buildings whose daughters came forward saying “dad did it as a favor to Fred.”

This constituted several felonies.  If people go to jail for bribing their kids into college, how about bribing them out of Vietnam?  Of course same with Bush 43 and his NG services, Dan Quayle the same, Mitt Romney same, John Engler, same, in fact the GOP is a sea of “chickenhawks.”

There is a wonderful 1977 Vanity Fair article on Trump and Roy Cohn, written by Marie Brenner.

VT has its own sources and what we know for certain despite attempts to deflect the truth, Trump’s long friendship with mentor Roy Cohn, reputed “Boss of Bosses” for the inheritors of the Jewish Mafia/Murder Incorporated gang in New York City, was “physical.”

We know different, bending over “to get the soap” was the buy in, Cohn’s endless contacts, crooked bankers, union fixers, mob muscle, blackmailers, corrupt police, and a city government that has traditionally been the most corrupt on earth.

All doors opened through and with Roy Cohn and it was Roy Cohn that made Trump, that and several hundred million dollars of dad’s cash.  Dad and mom were pieces of work…all the things bigots say about Jews were really true of the Trumps.  From Vanity Fair.

“Donald fit the pattern of the hangers-on and the disciples around Roy. He was tall and blond and . . . frankly, über-Gentile. Something about Roy’s self-hating-Jewish persona drew him to fair-haired boys. And at these parties there was a bevy of blond guys, almost midwestern, and Donald was paying homage to Roy . . . I wondered then if Roy was attracted to him.”

“Thwarted loves obsessed Roy Cohn’s life,” added a lawyer who first met Cohn in the 60s, characterizing some of the men, both gay and straight, in Cohn’s orbit. “He would become sexually obsessed with cock-tease guys who would sense his need and not shun him. These were unrequited relationships. The way he would expiate the sexual energy was possessive mentoring. Introducing them to everyone in town and taking them places.”

Seeing Trump and Cohn enter a room together had a hint of vaudeville. Donald, standing six feet two inches, would typically enter first, with a burlesque macho-man’s gait, walking as if he led from his toes. A few feet behind would be Cohn, skinny, eyes darting, his features slightly caved in from plastic surgery.

“Donald is my best friend,” Cohn said back then, shortly after he had thrown a 37th-birthday party for Trump. And over the years, several who knew Cohn would remark on Donald Trump’s resemblance to the most infamous of Roy Cohn’s blond, rich-boy obsessions: David Schine.