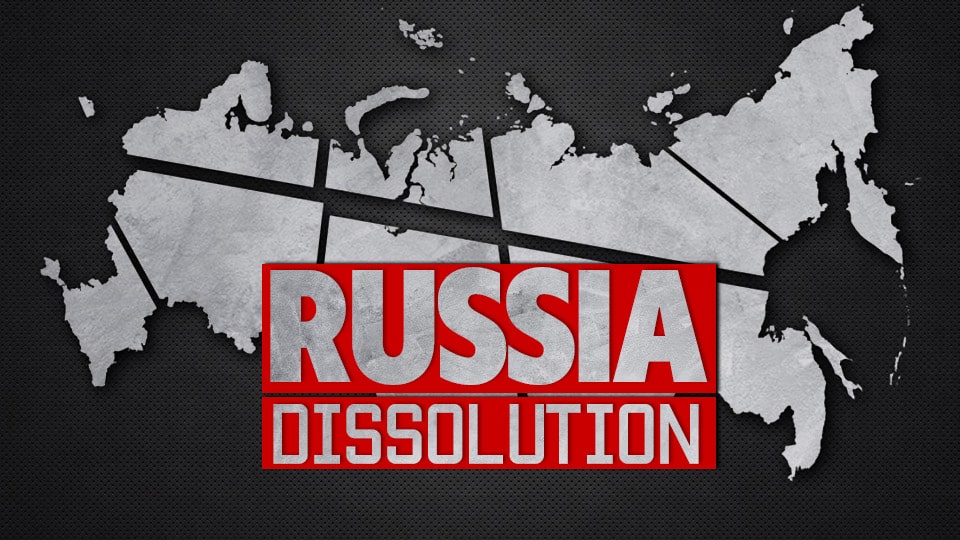 At the start of the year, on January 9, The Hill, a leading US political newspaper, as if setting the year’s agenda put out an article entitled “Managing Russia’s dissolution”. The article reviews the measures needed to dismantle Russia and instigate civil conflicts on the territory of Eurasia. The author, Bugajski, describes Russia as “a declining state that disguises its internal infirmities with external offensives”. He further claims that “Russia is heading toward fragmentation” under “rising social, ethnic and regional pressures” and simultaneously blamed the federal government both for failing “to develop into a nation state with a strong ethnic or civic identity” and for working to centralize control over the regions.

The article continues with speculations that “regions such as Sakha and Magadan in the far east, with their substantial mineral wealth, could be successful states without Moscow’s exploitation” and that “emerging states will benefit from forging closer economic and political contacts with neighboring countries rather than depending on Moscow”. Siberia and Russia’s far east are also named among the regions that “will become” separated from the center “thus encouraging demands for secession and sovereignty”.

“Washington needs to return to the core principles that accompanied the collapse of the Soviet Union by supporting democratization, pluralism, minority rights, genuine federalism, decentralization and regional self-determination among Russia’s disparate regions and ethnic groups.”

“Washington should promote regional and ethnic self-determination inside the Russian Federation.”

“To manage the process of dissolution and lessen the likelihood of conflict that spills over state borders, the West needs to establish links with Russia’s diverse regions and promote their peaceful transition toward statehood.”

The article openly calls on NATO and Washington to start preparations “for engaging with emerging post-Russia entities”.

“Some regions could join countries such as Finland, Ukraine, China and Japan, from whom Moscow has forcefully appropriated territories in the past. Other republics in the North Caucasus, Middle Volga, Siberia and the far east could become fully independent states and forge relations with China, Japan, the U.S. and Europe.”

Bugajski’s ideas are not new at all. Globalist think tanks have been advancing the same for decades.

Mud-slinging in order to undermine Russian statehood aims at fueling radicalism, nationalism and regionalism. It has wave-like behavior. The previous wave targeted pretty much the same regions: the North Caucasus, Middle Volga, Siberia and the Far East. The tricks and methods employed don’t change. The only difference between them is geographical location and the names of the ethnic groups to be influenced.

These approaches could be provisionally labelled the “Polish style”. This term has no links to modern Poland. We employ it only because the approaches are quite similar to the ones that were first used to fuel Polish nationalism in the 19th and 20th centuries and the same geopolitical area is affected.

The main elements of this model are:

The previous wave of information onslaught on nations and ethnic groups of Russia was aimed at the following targets:

The Southern Federal District. The main effort was to instigate nationalism, regionalism and separatism among the Cossacks, mostly in Rostov Oblast. The Cossacks are not an ethnic group. However, they are a large social group, which makes them a likely target.

The Northwestern Federal District. The goal was to instigate regional nationalism among Finno-Ugric ethnic groups. Another point of pressure was to create nationalist tendencies among the ethnic Russian population in the Republic of Karelia and Arkhangelsk Oblast in order to form a new large ethnosocial group. For example, in April, the city of Arkhangelsk experienced a series of rallies held in breach of law. This situation happened under the passive eye of regional authorities. Furthermore, the initial reaction and attitude of the regional authorities played a notable role in fueling the mood of protest. These protests, caused by a landfill site project in the nearby area, is being actively exploited by the so-called non-system opposition and “liberal media” to fuel tensions between various groups in the local population as well as the regional government.

Separate efforts were made to influence the population of Saint Petersburg, which in terms of culture is one of the most westernized cities of Russia along with Kaliningrad. There was also an attempt to instigate local separatism using the concept of Ingermanland.

Western Siberia. The goal was to create a separate ethnic-social group describing itself as the citizens of Siberia and separating itself from the rest of Russian citizens. The main targets were the Altai Republic, Novosibirsk Oblast and the city of Novosibirsk (the capital of the Siberian Federal District). Foreign influence achieved notable successes in these areas.

Eastern Siberia. The campaign in this region was aimed mostly at Buryats and Tuvans. Yakuts were also a target.

The Far East. Local regionalism and separatism were actively fueled in Khabarovsk Krai and Primorsky Krai, especially in the cities of Khabarovsk and Vladivostok. Besides this, foreign influence is actively exploiting simultaneously both pro-Chinese intentions and the myth of the Chinese threat.

It should be noted that the article “Managing Russia’s dissolution” published by The Hill points to these same regions for further operations designed to dismantle Russia. These operations will be more dangerous than the previous ones because they will exploit the successes already achieved in some fields. For example:

The regions have been targeted by multiple campaigns undermining and discrediting nationwide traditions and behaviors, such as  the traditional family holidays at the New Year, social events of Soviet or Old Russian origin as well as the common history of Russia.  Individualism, neoliberal attitudes and values are successfully promoted in Saint Petersburg, Kaliningrad and Western Siberia. Education is simplified and westernized. Meanwhile stakeholders describe these same tendencies to the residents of the North Caucasus, southern Russian and other regions as ugly and hostile examples of ultra-hardline or far right ideology. Local regionalism and ideological tensions are being successfully fueled.

In large, this situation has become possible due to the de-facto inaction of or even unofficial ideological protection from the authorities. If one takes a detailed look at the Russian elite, one will find that a significant part of it consists of westernized adherents of the “liberal democratic order” while another part consists of representatives of national family clans. Many of these individuals do not associate themselves with the common population and consider the territory of Russia only as a source which can increase their personal wealth. The term “new aristocracy”, which has recently  spread in Russian media, initially appeared as a proud self-designation among Russian elite families emphasizing the exceptionality of their members.

Nonetheless, supporters of Bugajski’s ideas do not consider the aforementioned tendencies alone as sufficient to dismantle Russian statehood. While on the regional level they have achieved some results, the identified nationwide goals have not been accomplished. The system of Russia has not yet come close to an imbalance, that is, to the condition where destructive trends are already beginning to grow on their own, without additional artificial influence. The negative tendencies so far set in motion could still be stopped and reversed. In this situation, we can expect a new wave of the information onslaught against Russia, traditionally backed by Western funds.