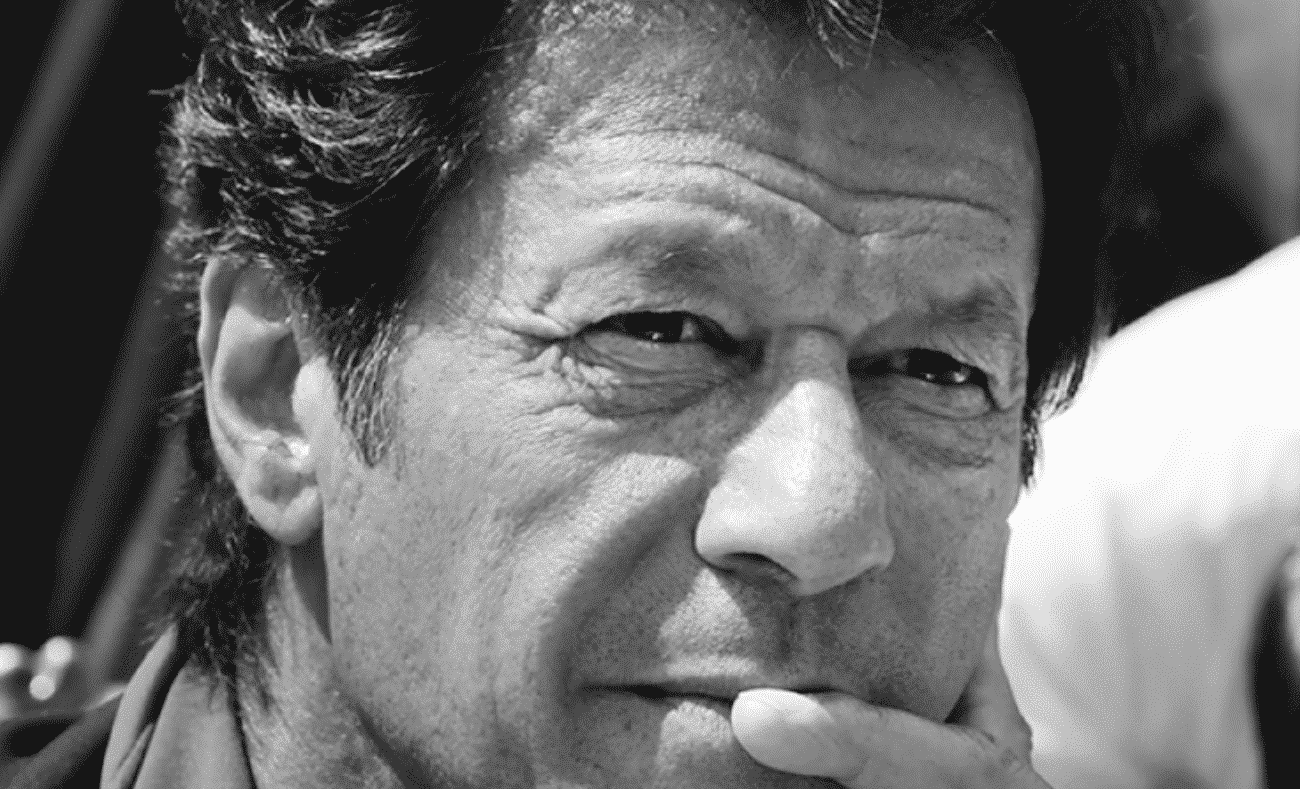 Pakistan’s enigmatic Prime Minister Imran Khan, charismatic and outspoken, has, it seems, tasked himself with rewriting the rule book on relations inside the Islamic world.

His trips to Saudi Arabia and now Iran confuse watchers and pundits. With $20 billion in Saudi financial backing on the table for Pakistan, money needed since Trump cut off military aid, Khan’s subsequent visit to Iran is seemingly inexplicable.

This is unless Khan has a broader agenda, a balancing act between India, China, Russia and America, while remaining on needed good terms with both Iran and Saudi Arabia.

To accomplish this, a number of Pakistan’s vulnerabilities will have to be minimized. A relationship with Russia, meaning a face-to-face between Khan and Putin will be key.

Behind the scenes, Russia’s need to reenlist India in the SU57 5th generation fighter program, which Turkey may also be joining, puts Russia into a balancing act as well. The real issue, however, may well hinge on Baluchistan.

Baluchistan, Pakistan’s most remote governate, is a key staging ground for destabilization efforts against, not just Iran but Pakistan as well. Broad accusations have been floated that the US, along with India and Israel, are arming, funding and even advising separatists groups such as Jundallah and its various offshoots, inside both Pakistan and Iran.

In 2005, the Bush administration asked the FBI to investigate charges that the CIA has involved itself in a “private enterprise” there, aided by Israel’s Mossad and India’s RAW. A report was written, “no collusion.”

The truth, however, as is almost always the case, was utterly different. By 2008, our sources, including private military contractors working illegally in Baluchistan, told us that an airfield north of Gwadar was a major distribution center for, originally opium and by that time processed heroin.

In general, we were able to discern that the region was awash with mischief, a meeting ground for the CIA/USAID, MI 6 and two proxy wars, one against Iran, the other against Pakistan.

Similar operations against Pakistan were being staged from within Afghanistan where training centers near the Pakistan border, run by RAW personnel existed openly with the tacit approval of both Kabul and Washington. As late as 2016, Pakistan asked for US help in stemming attacks that have thus far killed over 50,000 in Pakistan. From Dawn:

“Pakistan on Wednesday conveyed to the United States that India’s Research and Analysis Wing (RAW) and Afghanistan’s National Directorate of Security (NDS) are patronising terrorists groups to attack soft targets in the country.

National Security Adviser Lt Gen (retd) Nasser Khan Janjua conveyed the message to US ambassador David Hale in a meeting today, said the statement released by the office of the NSA.

The meeting was held to discuss the terrorist attack on Police Training College Quetta, counter-terrorism operations and cross-border attacks.

Janjua also emphasised on the need to break the nexus between terrorists groups operation under the supervision of NDS and RAW.

Pakistan has asked for US assistance to tackle the situation.

The NSA informed the ambassador that the terrorists who attacked the police training college were constantly in contact with their leadership and handlers in Afghanistan.”
Moreover, Iran has been subjected to destabilization by the MEK, an extremist religious cult now under CIA control and through Azerbaijan, where Israeli “advisors” aided by the military arm of Google Corporation under Jared Cohen, have, according to confirmed sources, executed terror attacks and assassinations inside Iran.

Some years ago, I met with Iran Khan. One of the many areas we discussed was Baluchistan and the controversy there. Before meeting Khan I had met with General Sir Michael Rose, former commander of Britain’s SAS, born in Baluchistan during British rule.

General Rose covered issues of separatist groups there, what he felt were legitimate issues but also the strategic importance of the area.

Prior to that, I had met with Colonel Jim Hanke, an editor at Veterans Today, who had, as a Pentagon operational planning officer, drawn up an invasion scenario against Iran. It was based on the US having full access to Baluchistan and its port of Gwadar.

In Khan’s office, I met with one of the victims of a terror attack inside Baluchistan, a local political leader. The evidence brought forward during that meeting totally debunked Bush claims there is no US involvement against both Pakistan and Iran.

Baluchistan and the border conflict there was at the top of the agenda when Khan visited Iran in April 2019. From Radio Free Liberty:

‘We agreed to create a joint rapid reaction force at the borders for combatting terrorism,’ Rohani was quoted as saying on April 22 during a joint press conference with Khan, who was officially welcomed in the Iranian capital earlier in the day.

The announcement comes following tensions between the two countries who have in recent months accused each other of not doing enough to stamp out militants allegedly sheltering across the border.

‘Pakistan will not allow any militant group to operate’ from its soil, Khan said at the press conference while adding that the problem of terrorism was ‘increasing differences’ between both countries.

‘So it was very important for me to come here and come with our security chief that we resolve this issue,’ Khan said.

Citing a militant attack on Pakistani security forces in Baluchistan on April 18, he said, Pakistan’s security chief will be meeting his Iranian counterpart on April 22 to discuss how both countries can cooperate in not allowing their soil to be used by militant groups.

Stressing that ‘no third country’ could harm Iran-Pakistan ties, an apparent reference to the United States, Rohani said Tehran was ready to boost trade and business ties with Islamabad.”
Imran Khan’s April 2019 visit to Iran may well put him in the sights of the US for regime change. In fact calls for his ouster began while he was still in Iran, for what can be considered a criminal act in Pakistan, simply telling the truth.

“Pakistan Prime Minister Imran Khan on Tuesday came under attack by his country’s opposition for acknowledging in Tehran that in the past terrorists had used his country’s soil to carry out attacks in Iran.

Addressing a joint press conference with Iranian President Hassan Rouhani at the end of his two-day trip to Tehran, Mr Khan had said, ‘I know Iran has suffered from terrorism (perpetrated) by groups operating from Pakistan. We (need to) have trust in each other that both countries will not allow any terrorist activity from their soil. We hope this will build confidence between us’.

During a discussion on Mr Khan’s visit to Iran in National Assembly, Pakistan Muslim League-Nawaz (PML-N) leader Khurrum Dastigir said, ‘Prime Minister’s statement is against the national security as for the first time he has admitted the use of (the country’s) soil for terrorism in Iran.’

‘No prime minister has ever made such a confession on foreign soil,” Mr Dastagir said, adding that only a day earlier, ‘the foreign minister had stated that terrorists had entered from Iran to carry out activities in Balochistan.’

‘Pakistan is exposed internationally by such statements,’ the PML-N lawmaker said.

Mr Dastagir said that the prime minister has committed “diplomatic blunders” and “through his statements, he has hurt the national security”.

Pakistan Peoples Party legislator and former foreign minister Hina Rabbani Khar said, ‘We are worried for the country after seeing it continually become a laughing stock.”’
Imran Khan is forced to walk a tightrope. Pakistan has spent decades on a near war footing with India over Khasmir, decades now under assault for what many deem a misguided decision to back the US in Afghanistan after 9/11 and from internal political issues tied not only to corruption but something far worse.

The problem in reporting the truth is that, in Pakistan, challenging the mainstream media or criticizing the government, even a failed government, can lead to criminal prosecution or worse.

Some time ago, I reached the conclusion that only Pakistan could either move the region toward stability or set the scene for a nuclear war. Whether Pakistan or India would be to blame is not significant as outside powers have been playing with both since before, centuries before, the two became separate.

During the 1960s, India led the world’s Non-Aligned Movement while Pakistan stayed allied with Washington. Pakistan’s last generation of military and intelligence leaders came into their own working closely with the US against Russia and Kabul during the 1980s, making Washington’s current stand against Pakistan seem like betrayal.

I had the opportunity to meet and work with Pakistan’s security leaders from that period, Admiral Sirohey, then Chairman JCOS, General Beg, head of the Army and General Hamid Gul, then ISI chief.

They made it clear, in a single voice, that America’s global war on terror quickly turned from a partnership with Pakistan to one that openly targeted Pakistan, using both Afghanistan and Baluchistan to marshal elements intended to destabilize Islamabad.

After two decades of false starts, Imran Khan has risen to the leadership of Pakistan. However, Khan leads a nation long insulated from reality, at least at the level of its elites. Khan’s following is from among the common people and, if the mainstream media is to be believed, he is a puppet of the Army.

Khan will have to sit down, my guess with Putin first, then Trump. His goal, I believe, will be an effort to restore sanity and balance. Trump’s current quest, awarding lands to Israel, Arab and Palestinian lands, as though he were CEO of Earth, indicates a combination of inferior intellect and personality disorder. It is also quite evident that Trump, his party, and those around him, are utterly corrupt.

Thus, with the US and its military force as “prime mover” in the region, the act of seeking redress and writing a new chapter, which is exactly what Imran Khan is doing, is likely to be both daunting and wrought with danger.